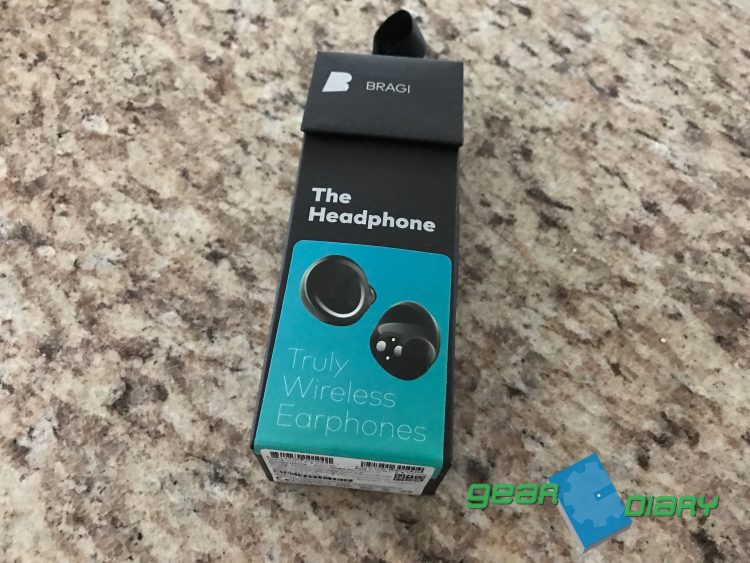 The boxing of The Headphone by Bragi is pretty straight forward, unlike the Dash, coming in a small compact box with a folding flap that you open to get to the goods. On the front, they simply highlight the headphones on the front. This is a welcome change from the ridiculously overdone packaging of the Bragi Dash that’s coloring book like pages, and endless amounts of details didn’t exactly get to the point fast enough. There’s a brief introduction to all of the specs of the items which is straight to the point, which is greatly appreciated. However, if you’d like details they are listed below: 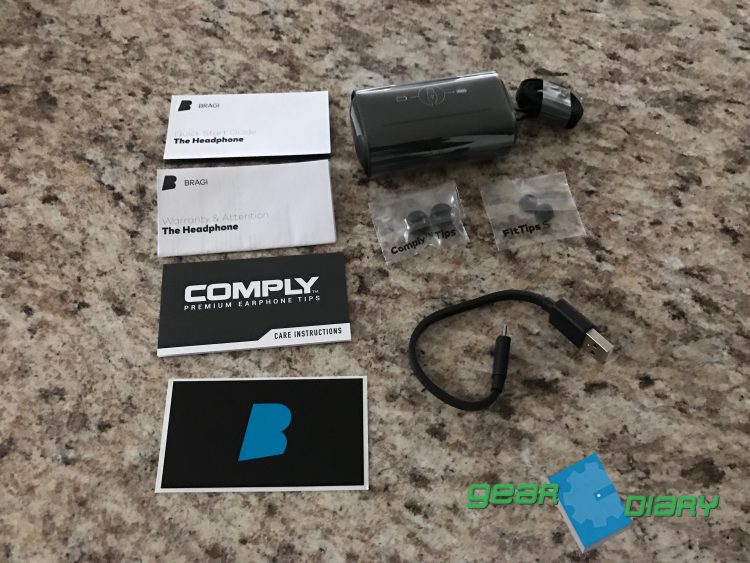 Everything is laid out after unboxing, with The Headphones already encased in their traveling case. It’s worth mentioning that the case on ‘The Headphone’ will not charge the earbuds, which is a bit odd, making the only reason for having the case being so that you won’t lose either the left or right earbud. It looks similar to the Dash’s case though so you might be tempted to think that you can charge up The Headphones with the Bragi Dash case, but don’t bother, we tried, it does not work. Bragi opted to actually go ahead and include a lanyard which is easy to find in a gym bag, or if you just don’t feel like having them in your pocket or bag, you can hang them around your neck, which I thought was a bit novice, until leaving the gym and deciding to dangle them around my neck. Not exactly the coolest look ever, but it got the job done. There’s also a foam covering The Headphones that are pretty much one-time use, although I wish there was a way to just keep them a bit more secure in the case itself. 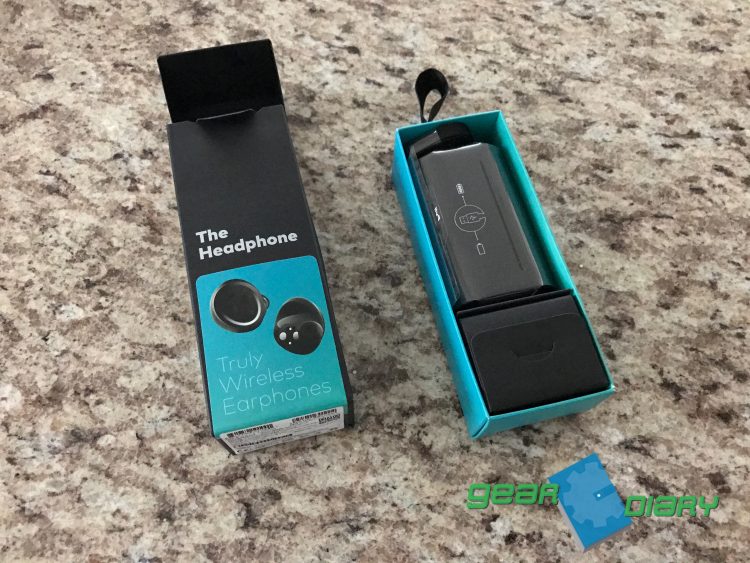 Bragi also included all of the literature for The Headphones, a micro USB cable for charging up the case with earbuds inserted, and different “FitTips” (small and large- Medium already come on the earbuds) including some ComplyTips earbuds that are designed to withstand sweat from working out and being active. Bragi was even nice enough to further my sticker obsession by including a few stickers that will certainly be decals on my iPad Pro 12.9-inch with the others. 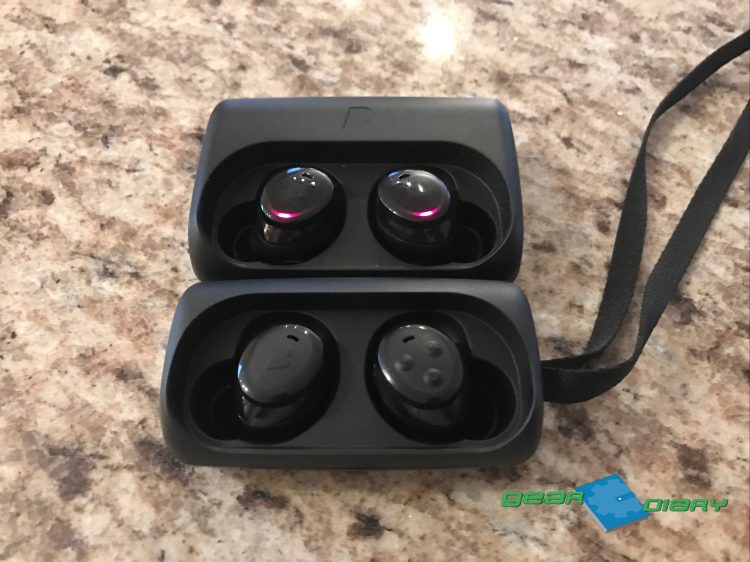 To just the average eye, you could see that “The Headphones” look remarkably similar to the Bragi Dash, but there are certain elements that are certainly different, mainly being touch controls. Where the Dash relied on swipes and taps, the Bragi Headphones have physical on ear buttons, three to be exact, on the right ear that control certain functions for your smartphone. Since of course, The Headphone does away with the touch controls, this is something reflective in terms of price where The Headphone will set you back an honest $149, a huge slash of $299 which is what you’d be paying for the Dash (and its wireless charging features). But let’s get to the point of it all – my review of the Bragi Dash was brutally honest, and did not speak too highly of them by any means. Did this change with ‘The Headphone’? Slightly. 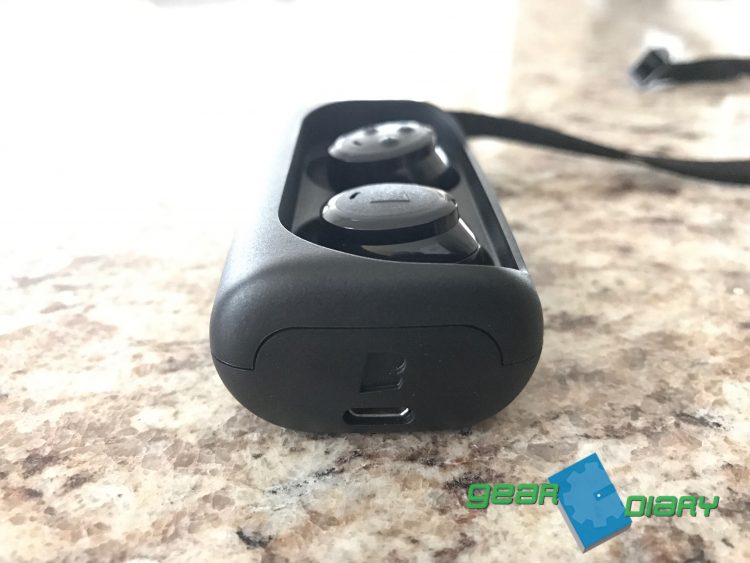 The Sophomore set of wireless earbuds by Bragi gets a few things wrong, but gets even more things right in terms of the “upgrade”. One of the most frustrating things about the Dash for me was the cutting in and out while outdoors. While in the office or indoors, they were phenomenal. I’m talking swiping left and right to change functions, the activity and heart monitor telling me details in my ear, just pure awesomeness. Then I walked outside and put my phone in my pocket. This resulted in constant staggering and choppy tunes, to the point my earbuds became paperweights when I needed them the most – on the commute home. With ‘The Headphone’, there’s no such thing. Since the headphone versions do not rely on Bragi’s special Bluetooth technology to connect wirelessly between earbuds, nor do they have all of those “I may never need them but it’s cool to have” features such as heart rate, this means that the internals were more suited to be able to give you a seamless listening experience that won’t cut out on you. This was an instant sell for me. 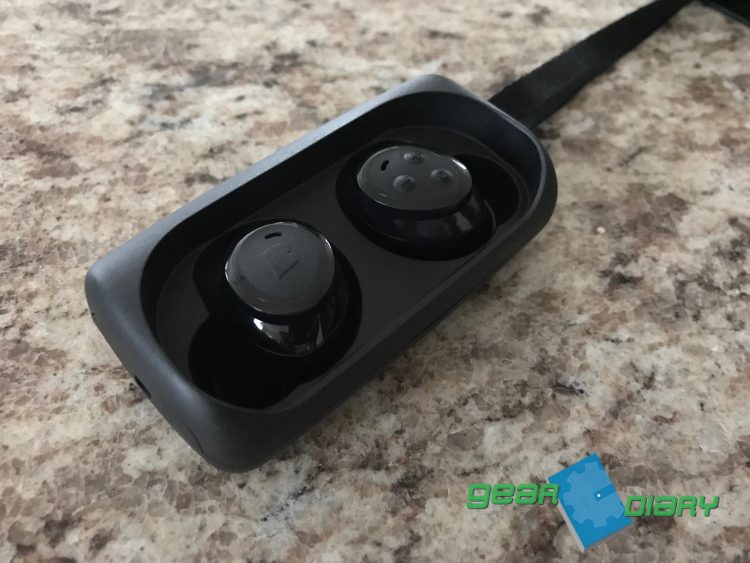 Next, there’s the battery life. Where the Bragi Dash literally got me through a commute to work and a podcast in the morning, they’d end up on the charger by 11:30. A three-hour battery life for “wireless” headphones is pretty standard these days, but mostly because companies feel the need to incorporate fitness trackers simply because the headphone is “wireless”. And as a consumer, sometimes, you just want wireless headphones. Sure, you could go grab some bulky wireless headphones, but if you’re all about being discreet in tuning out the cubicle beside you, or simply don’t work in an environment that allows you to walk around doing what you want like Axel Rod from Billions, in-ear earbuds with a substantial battery life is something you might want. The Headphone by Bragi give this to you. Where you’d only get three hours from the dash, you get double that with The Headphone, which can easily get me until my lunch break before needing to charge. This is where the Dash outshines its little brother. Bragi completely doing away with the ability to charge on the go with their 1.5 model of their earbuds kind of strips the user of portability. And at the price, one could argue, “if the Airpods can charge wirelessly, why can’t the Bragi figure it out?” 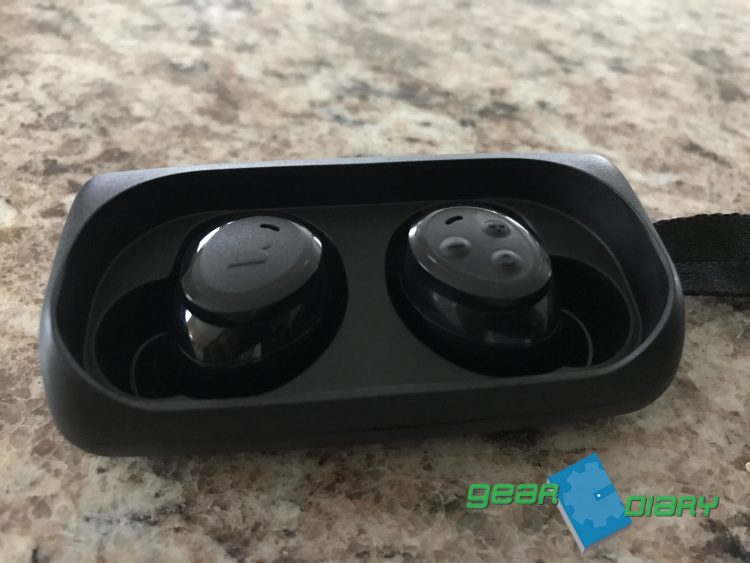 The answer is simple: Get both the Dash and ‘The Headphone’. Not really but really. The Dash are made for those on the go who live an active lifestyle and want the ability to charge on the go. The Headphone are for those who are the same but can’t justify the price, so Bragi matched apple in terms of price, all the while doubling the battery life and stripping away features most would never use to begin with. Activating commands isn’t as fluid with the physical buttons as it is swiping on the Dash, but they work a hell of a lot faster. Imagine being on the treadmill with the Dash, sweaty palms, attempting to gesture to change to the next track. It works about 6/10 times, but it’s infuriating. The Headphone’s physical buttons make this app better. Play and pause, you press the bottom button once., or twice to skip a track. While this is great, I did find a bit of discomfort when pressing down on occasion to the point I felt I was pushing the earbud deeper into my ear canal. This could be an isolated issue, but again it’s worth mentioning.

Okay, okay … here’s another one: Unlike the Dash, once you’ve placed ‘The Headphone’ into the carrying case, you have to actually remember to turn the headphone off, as it will not automatically turn off when docked, which means it also won’t charge. I quickly learned this after having to go a day on the treadmill with no music. So be mindful. 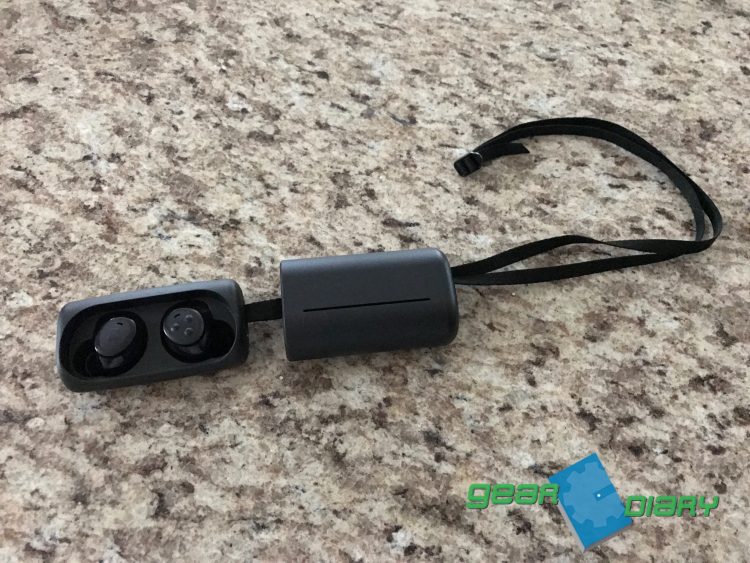 Outside of these scenarios, The Headphone is a great pair of headphones, and honestly, still competition for Apple’s Airpods. They work straight out of the box, they don’t dangle oddly from your ear while out in public, and to be truthfully honest, they sound better than the Dash, even without active noise cancellation. Call quality is alright, not the best as a result of what I just previously said, and noticeable on a train platform, but if you are doing some errands, or simply listening to your favorite tunes on the way to and from, The Headphone by Bragi simply get it done.

This goes without saying, Bragi actually listened to the complaints of the consumer and rectified some glaring issues. If they could’ve just put portable charging functionalities into these, they would be the only headphones, other than the Jabra Elite that I would ever consider. Apple, be warned, Bragi’s stride for stride with you, and only getting better.

For more information on Bragi’s ‘The Headphone’ earbuds, head over to their site today.

What I Like: Sound is incredible; lanyard is a nice touch; comfortable in ear