Sometimes, it’s not obvious how much stuff you’ve accumulated over the years until you move to another place and frantically try to fit all your possessions in boxes or plan a long-delayed spring cleaning day. It’s tough to realize that, no matter what you do, the space won’t ever look tidy because it’s too cluttered. 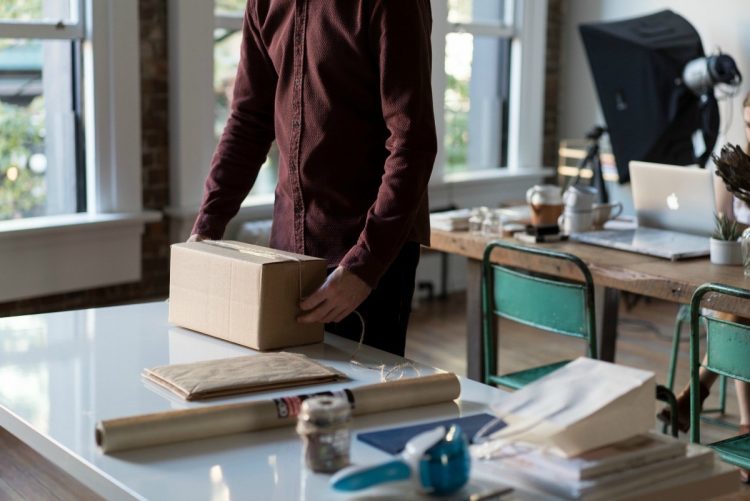 These common scenarios are why a new startup called Clutter is attracting notable attention from investors.

Clutter representatives recently announced the Los Angeles-based company has collectively gotten $100 million in capital from investors. The last funding round alone resulted in $64 million of that amount, indicating people think the company has found something that could become consistently profitable. How does it work?

Unlike a self-storage company, Clutter stores possessions in an off-site location and brings them to you on demand. Everything you turn over to Clutter for safekeeping is digitally categorized. After you request an item, it gets delivered to you within 48 hours. As a user, you simply pay a monthly fee that varies depending on how much you want to store.

Clutter makes it possible to store single items or almost everything you own. Also, because the company’s storage facilities aren’t open to the public and are highly secured, you don’t have to worry about a nosey person trying to get into your stuff.

Investors Believe They Have Capitalized on an Emerging Industry

Thanks to the availability of convenient options like online shopping, it’s easier than ever for people to purchase the things it seems they can’t do without. Since people own more stuff, they need more space to store it. Combine that with the minimalist style that’s popular right now, and you have a bit of a problem.

Sure, there are things you can do to free up room in small spaces but, at some point, you either have to start getting rid of thing or putting them into storage.

That’s one factor that is making the storage industry so poised for growth. These companies generally have low operating costs, and they have been able to identify an existing need. Although some people caution that the storage industry demand may slow down if consumer spending does, opportunities are currently ripe.

Supporters point out that people don’t have the time or energy to physically transfer their items to storage facilities. Doing so requires motivation, not to mention possibly having to rent a truck and/or moving van to transport the stuff.

Clear out Your House Without Guilt

Experts say there is a psychological reason behind why it’s so hard to get rid of some items, especially if they have sentimental value. We hold onto items due to hope that we might need them someday or because we think by keeping something we don’t need right now, it’ll make us commit to necessary changes in life.

For example, maybe you can’t stomach the thought of getting rid of some of the beloved apparel you wore during your time as a university student because it represents fond memories. Plus, you think every time you stare at a certain piece of clothing that no longer fits, it’ll make you finally realize it’s time to get serious about living a healthier lifestyle so you can fit into the college clothing again.

Because Clutter allows you to remove items from your house without getting rid of them altogether, it offers the best of both worlds. You can find a seemingly endless amount of blog posts, books, and websites that coach you about how to get rid of items that mean a lot to you.

Sometimes your resistance against following tips about how to pare down your possessions may be the sole thing that keeps you living in a clutter-filled space.

If your tendency to collect things has led to a messy home, you’re not alone. And now, doing something about it finally doesn’t mean you have to part with beloved items. It certainly seems like Clutter and similar companies are onto something big.