After using MacBooks for the better part of twelve years, when I finally received a standing desk, I knew for a fact I wanted a functional monitor that could stand as a larger display for my 2016 MacBook Pro. And I believe I’ve found just that in the Ben-Q Eye-Care Monitor (EW2770QZ). 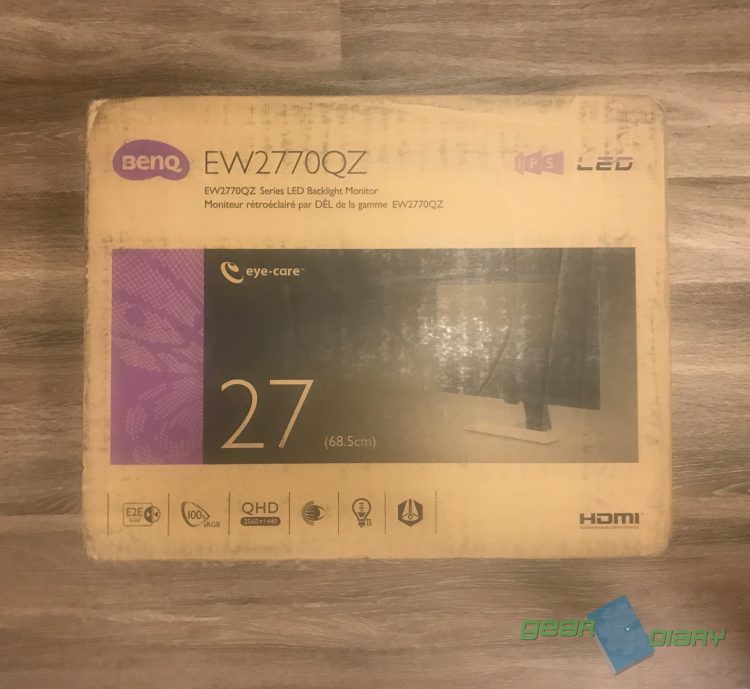 At 27 inches, the BenQ Eye Care Monitor meets most of my needs that I’ll dive into a bit later; for now, here are some of the official specs as listed by BenQ: 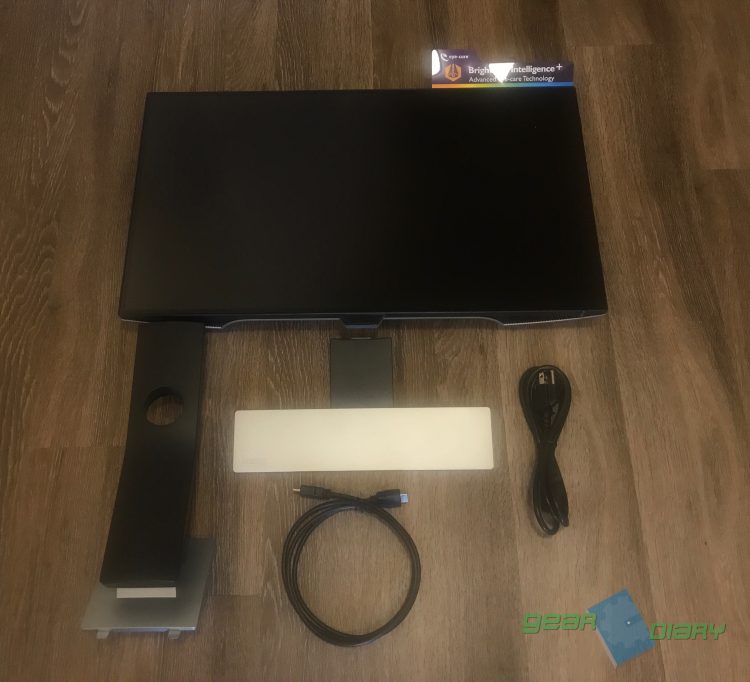 Available in black Immediately after unboxing, you know the quality of the monitor itself by the attention in detail BenQ put into the pieces. Coming complete with instructions, assembly is pretty self-explanatory. Arriving in three pieces you get the 27-inch monitor, a stylish monitor stand that’s a slanted silver that holds the three pieces together. Since it protrudes a little, it’s a perfect place to possibly dock a Thunderbolt 3 Dock if you plan on using an external monitor like I do, but its main purpose is its internal sensor for the monitor itself. A lot of people, especially with smaller workspaces might be thrown off a bit by the general look of the slanted bottom but I actually thought it added a bit of elegance I haven’t seen on a monitor in my local Best Buy, but again, BenQ has a history of setting itself apart with at least one or two features or functionalities that you wouldn’t see from others out there.

Its high-resolution 27-inch LED QHD screen has an IPS panel sponsored by AU Optronics that gives of a resolution of 2560 x 1440 with a contrast ratio of 1000:1.

If you’re not familiar with monitors, or just used to laptops like I am, you’ll find that most of that are the bare minimum of what you should expect out of a monitor. BenQ makes sure to set itself apart by giving it a more generalized title, aptly described as their Brightness Intelligence Plus Technology. With this feature, you can set it and forget it as it will remember the options that you’ve chosen each time that you’ve turned the monitor on. For example, if you tend to type from the late afternoon into the evening, the monitor will automatically detect your surroundings, based off the ambient lighting to adjust the color, contrast and brightness temperatures. This is one of my absolutely favorite features due to the fact that I can often go from using my MacBook Pro to the monitor, and having the monitor fixing itself, reduces the eye strain I would get otherwise going from a 15-inch screen to a 27-inch and trying to adjust accordingly. 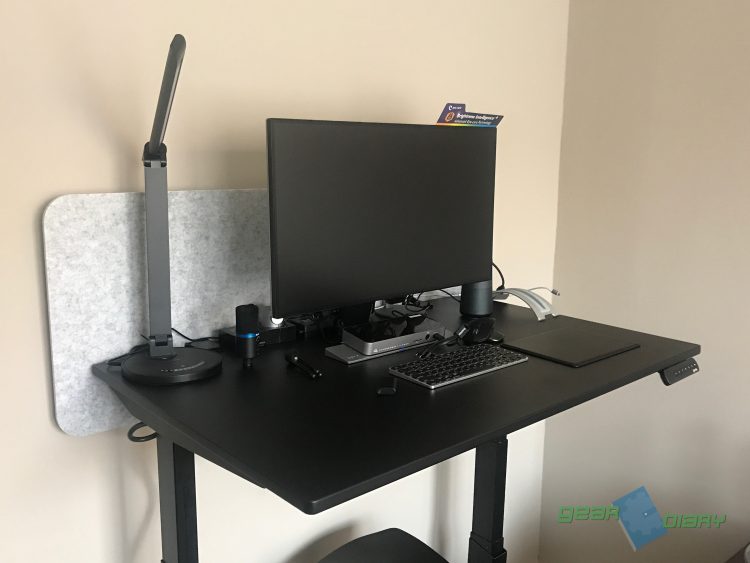 In terms of bells and whistles, the BenQ Eye-Care Monitor gives you enough to tease your palate, but I felt like there was something missing. Sporting a DisplayPort 1.2 with two HDMI slots felt a bit limited. The lack of USB ports means if you planned on hooking anything up to charge from the monitor, you’ll have to result in purchasing a dock like I’ve done that can connect via HDMI in order to use. The downside to this is, the output from the monitor does tend to make the external dock run hot for me. However, if you are just looking to use this as your external monitor, you won’t have a problem with it being so limited. 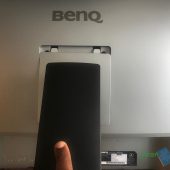 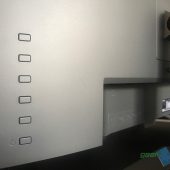 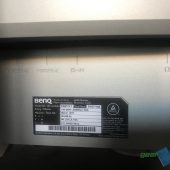 Eye care seems to be a major point for BenQ, and the EW27770QZ’s ability to render the content on your screen is absolutely phenomenal, even at an angle. With an 8-bit depth, another highlight BenQ mentioned was that you can see the screen even from a 178-degree viewing angle. Using a standing desk, most of the times I’m moving around at some point and not completely focused on just the monitor, so being able to get a consistent view even if I’m working from a particular angle, the pixel density doesn’t change, and image quality remains stunning. 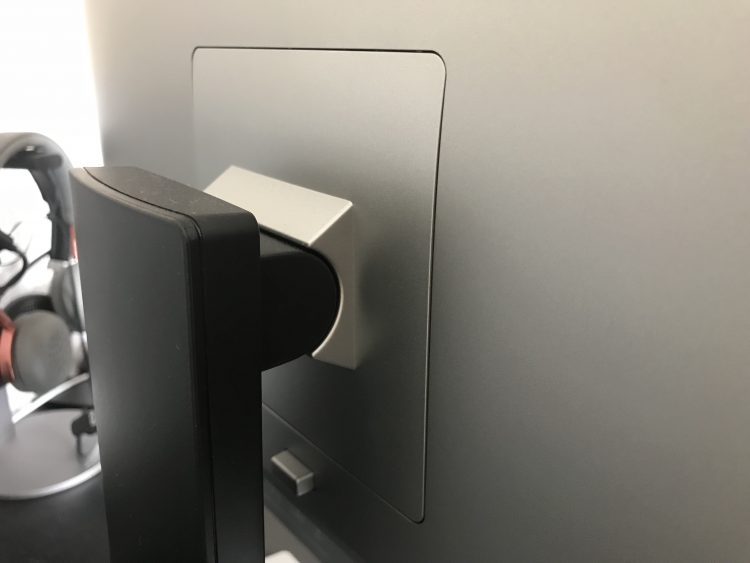 Overall screen movement on the BenQ Eye-Care Monitor is awesome as well, due to the 5 millisecond response time you get courtesy of the Advanced Motion Acceleration. I haven’t noticed any hints of ghosting like I have on the dell monitors I’ve used in the past, then again, it’s also been a while since I’ve used a monitor outside of my work desktop, and compared to that particular model, the BenQ EW2770QZ blows it out of the water. Colors render well on the monitor, and even though it’s the bezels of the monitor themselves aren’t the thinnest I’ve ever since, you don’t find yourself seeing any noticeable “end” to the screen when in full screen mode. 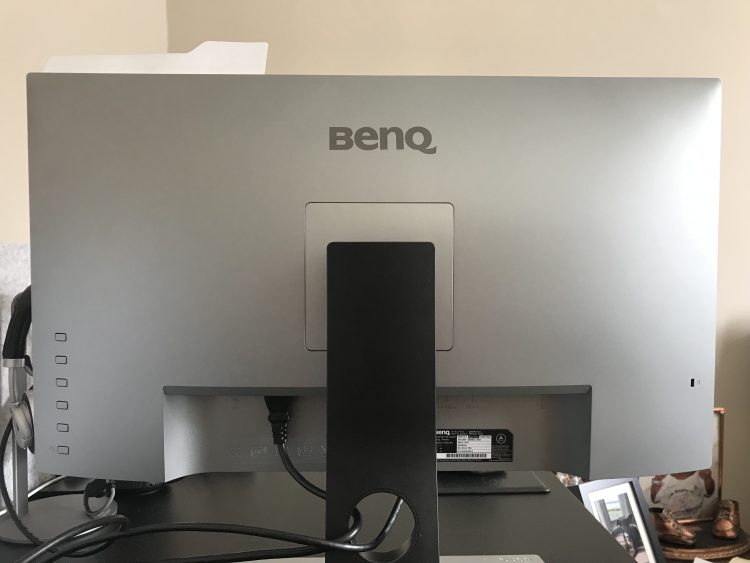 Audio is a mixed bag for me. I’ve always been fond of external speakers because I’ve never truly believed monitors ever were that great to begin with, and a lot is the same with the BenQ monitor. Sure, you get dual 2-watt speakers that support pass-through, but if you intend on having a minimalistic work station with just a monitor no speakers, you’re not going to get the best audio experience, so if you plan on editing video, you may want to invest in some external speakers. 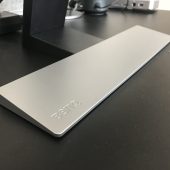 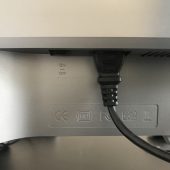 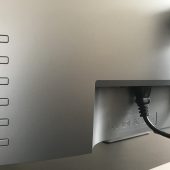 Then again, the monitor itself is truly affordable, currently at $399 on Amazon it’s a modest price point that might catch your eye, and with its attention to detail in terms of resolution, the BenQ EW2770QZ wants you to know they are all about their display first. This makes it a great monitor for your home or work, especially if you will sitting at it for hours. Bear in mind though, if you plan on being productive, or are heavy into editing, you may want to invest in some external equipment to get the full experience to truly get your money’s worth.

You can find out more information about the BenQ Eye-Care Monitor directly from BenQ’s site.

What I Like: Possibly the better sub-$500 monitors on the market with a focus primarily on being the display; Wall-Mountable