Brooks Cascadia trail shoes have long been seen as some of the best on the market. The soles are designed for traction, they feature a rock plate for extra foot protection, and they’re cushioned enough that you won’t be in agony every time you step on a root.  But Brooks just upped the game big time with their new REI partnership: National Parks themed Cascadias! 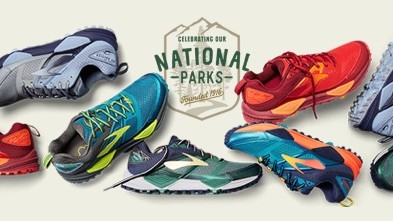 Not every national park gets a shoe, but in addition to the “National Parks” Cascadia, you can also choose to declare your loyalty to Mount Ranier, Yosemite, Yellowstone or the Great Smokey Mountains. Each park has a unique colorway, as well as matching T-Shirts. Personally, I think the general “National Parks” color is the best, but they are all really attractive shoes. Sometimes these gimmicky colorways can look ridiculous, but all of them have a coherent and attractive style. 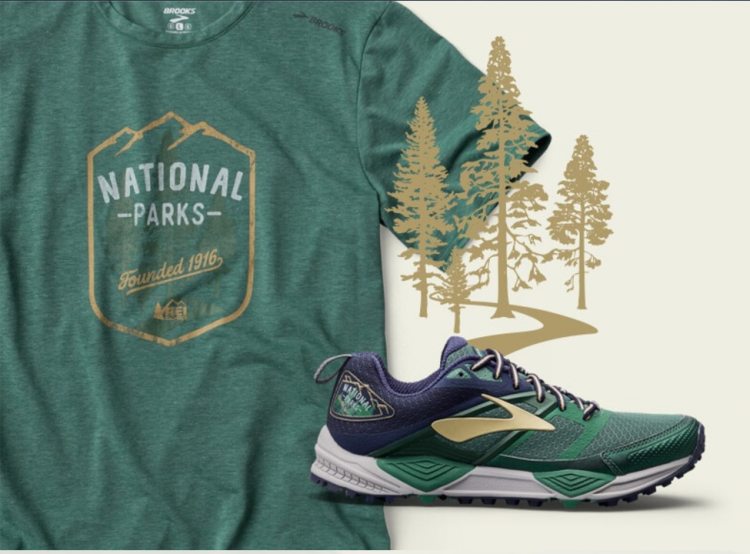 You won’t just look good in the Cascadias; Brooks is donating 5% of the wholesale cost of the National Parks line to the National Park Foundation, up to $50,000. And because they’re sold through REI, you know that you’re supporting a company that doesn’t just promote the outdoors, the entire company and corporate culture are built around preserving and protecting nature in all forms!

The National Parks Cascadias aren’t cheap at $130, but can you really put a price on a shoe that rocks a Yosemite patch along the heel?