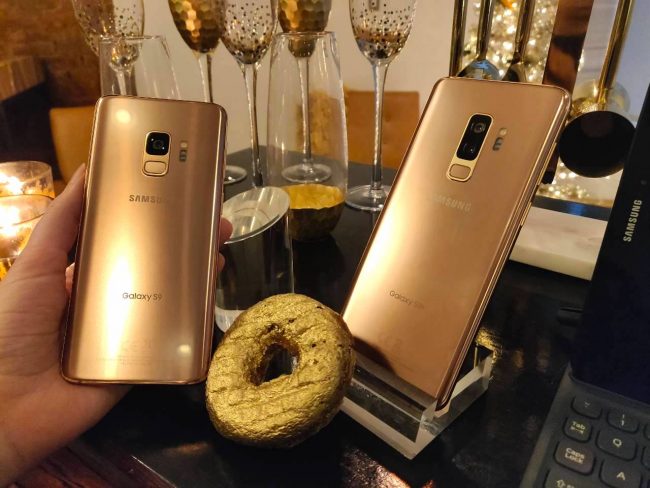 Remember when rose gold was all the rage? We’re trying to forget that time too. Fortunately, Samsung has a new gold color for the Galaxy S9 and S9+ that we can handle – and it’s a “Sunrise Gold”.

“The Sunrise Gold edition for Galaxy S9 and S9+ is Samsung’s first device to feature a satin gloss finish which wraps the smartphone in a tranquil glow and glimmer.”

All marketing talk aside, this new color addition is a rather subdued and refined gold – it’s not at all a flashy Trump-like gold if you know what we mean. The Sunrise Gold edition is also a lot more refined than the Galaxy S8’s Maple Gold option which appeared to be closer to a Rose Gold.

In any case, the Sunrise Gold version of the Galaxy S9/S9+ is finally being released here in the U.S. It was originally released back in May to a whole bunch of other countries, but the U.S. was left out. 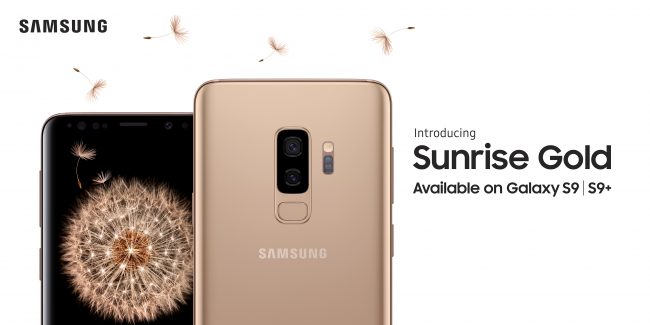