The only thing more sought-after than cold fusion and alchemy is a tablet/laptop hybrid that actually delivers on the best parts of each. Microsoft laid the groundwork with the Surface line, and now Samsung is jumping in with the Galaxy Book 2, boasting Windows 10, LTE connectivity, and an eye-popping 20 hours of battery life. 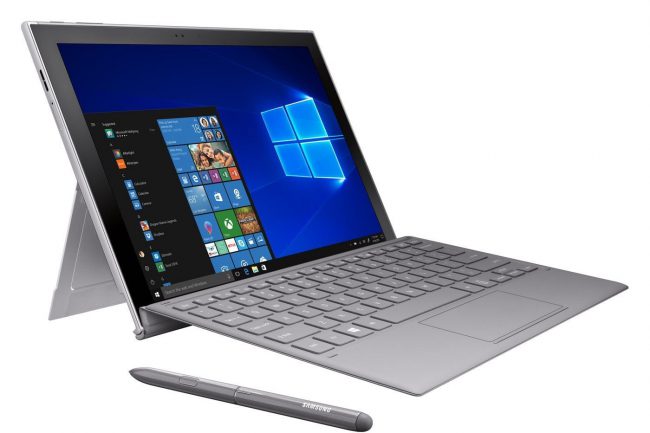 Samsung is going all-out with the Galaxy Book 2; it will be a 12in screen with Dolby Atmos speakers, a Qualcomm Snapdragon processor, and two USB-C ports. They’re really leaning into the 2-in-1 concept, and unlike with the Surface Pro, the Galaxy Book 2 will come with an S-Pen and keyboard standard, meaning that for $999, everything you need to be a beast on the road is right there in the box. Incidentally, 2 USB-C ports mean this has more connection options than a MacBook, probably a better keyboard, and it costs less. It’s also cheaper than an iPad Pro, plus, again, more connection options and the S-Pen and keyboard come standard. So while $999 isn’t impulse buy territory, it does bring an awful lot to the table against the competition in both tablets and laptops.

In addition to that insane battery life, Samsung says the Galaxy Book 2 will have Samsung Flow, which means you can sync files, notifications, etc with a compatible Samsung phone as you go. This is as close as any Android phone maker can reasonably get to compete with the Apple ecosystem, and if you have a Samsung device it’s a very useful added utility! On paper, the Galaxy Book 2 is what tablet/laptop hybrids have always promised they could be: an ultralight, ultra-portable solution that lets you be productive on the go, doesn’t slow you down the way a fully loaded laptop might, and doesn’t have the inherent limitations of a tablet or a smartphone.

The Galaxy Book 2 will be available starting November 2nd through AT&T, Microsoft, and Samsung, and later this year will also pop up at Verizon and Sprint.