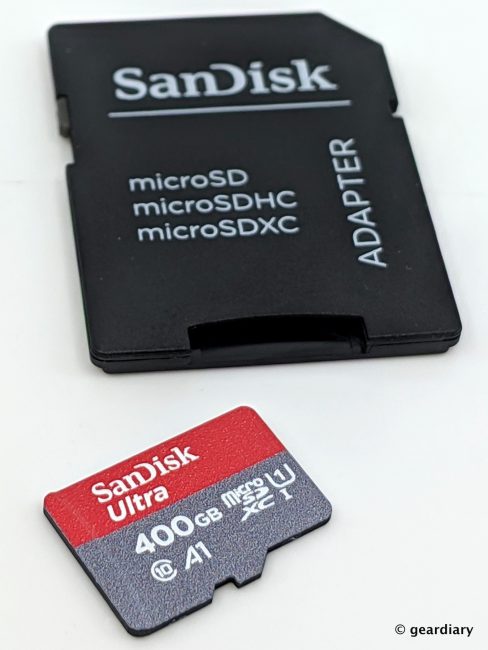 Have you ever got that annoying pop-up on your phone or tablet telling you that your device memory is low, so you can’t take any more pictures or download another app? I hate it when that happens. If you have an Android device and the SanDisk Ultra 400GB MicroSDXC Card, low memory warnings will be a thing of the past.

Well, that’s assuming you have an Android device with a microSD slot, of course. If you have a Google Pixel or the latest Huawei, then you’re SOL. But let’s assume you have a phone or tablet from a maker who knows people aren’t always going to be satisfied with 64 or 128GB; let’s assume you have a shiny new LG V40 ThinQ, a Samsung, a Motorola, certain Huawei models — you know, devices that come with a microSD slot — because if that’s your device, you’re going to want the extravagantly expansive feeling you get when you pop in 400GB of lightning fast, device expanding memory.

That’s right, not only is the SanDisk Ultra 400GB MicroSDXC Card a huge amount of storage, it’s got A1 App Performance, which can best be explained by watching this video I took at CES 2016 of a smaller capacity card in action …

So without further ado, let me present you with the fast and tiny 400GB memory card. Included in the package are a microSD to SD card adapter and a clear plastic storage case. 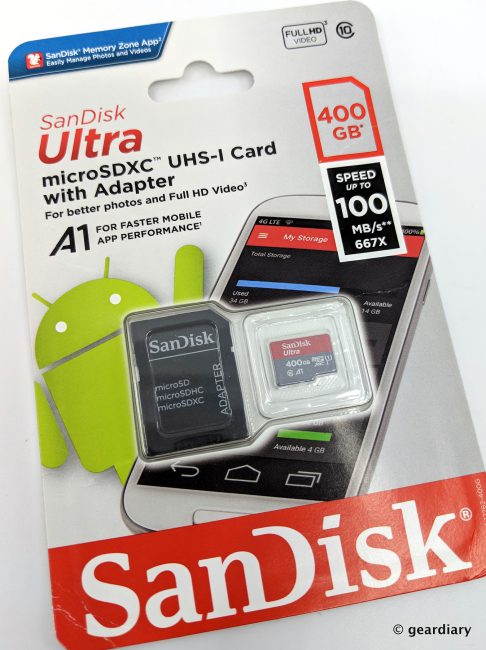 Of course, the magic doesn’t happen until you put the card into your phone or tablet. Since the Google Pixel 3 XL (that’s my main device these days) won’t take a memory card, I put it into my Huawei MediaPad M5. It comes with a paltry 64GB, which is suddenly no longer an issue. Behold: 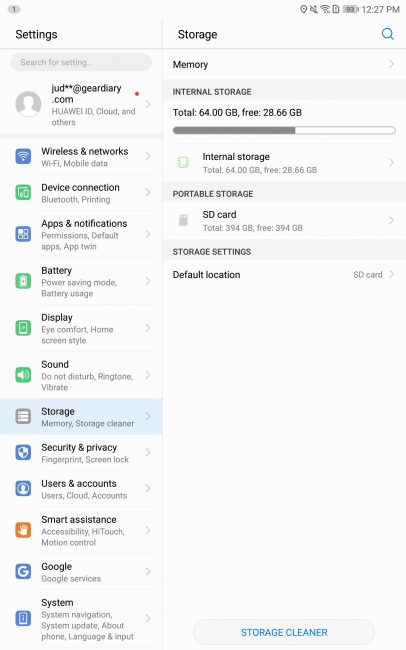 All that extra storage would be glorious in and of itself, but once you download the SanDisk Memory Zone app, things suddenly get even more interesting. Granted, you don’t have to download the app for things to work just fine, but you ought to just go ahead and do it. 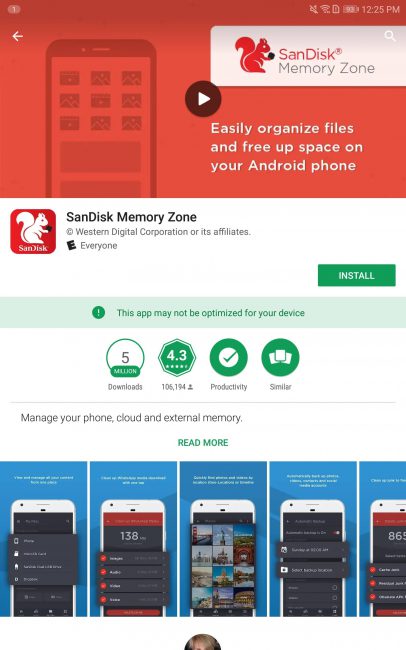 You’ll have to go through some opening screens, but there is no SanDisk account to sign up for or anything like that, and it is pretty straightforward. 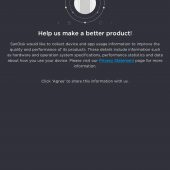 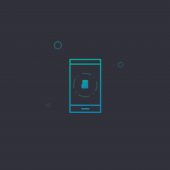 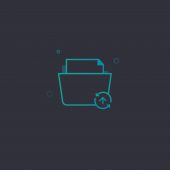 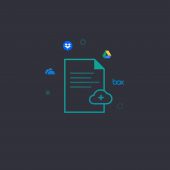 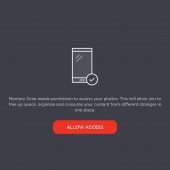 Using the app, you can decide if you want to store your social accounts media on the card. Hint: say yes; you’ll be shocked at some of the photos and videos that pop up in your files if you’ve been on social media for any amount of time. 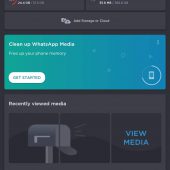 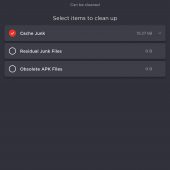 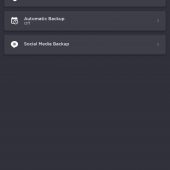 I went ahead and connected to Facebook, Instagram, and Google Photos. Why not? I have plenty of room! 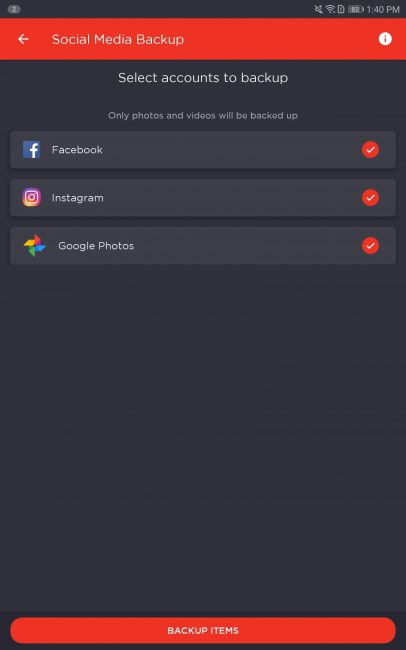 You can use the app to set automatic backups of your device’s photos, music, videos, documents, and contacts. 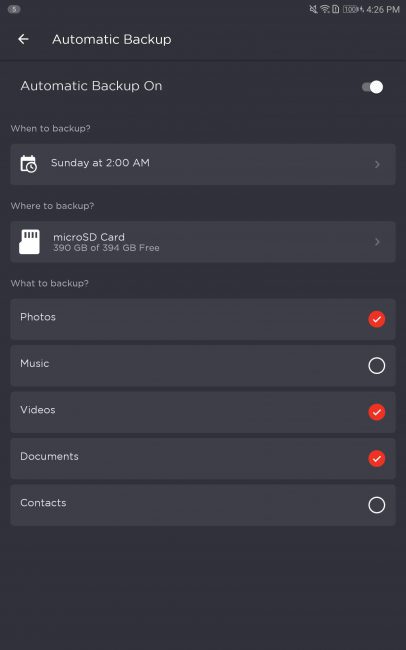 You can also opt to attach other cloud-based storage locations for easy copying or moving of your files and media. 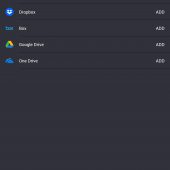 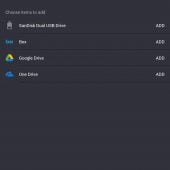 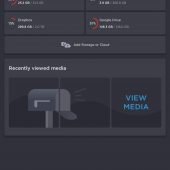 Perhaps most shocking is the price for 400GB of memory that can be accessed as fast app, photo, and video storage on your Android device — under $100! When you consider that most Android device manufacturers are charging over $100 to bump their phones or tablets from 64GB to 128GB (when they even offer it), knowing that you can add this much reliable and fast storage for so little makes this an even sweeter deal! If you have an Android device that accepts microSD cards, this is the card you’ll want!

The SanDisk Ultra 400GB MicroSDXC Card retails for $99.99, and it is available directly from the manufacturer and from other retailers including Amazon [affiliate link].

What I Like: Inexpensive; 10-year limited warranty; 400GB!; A1-rated app performance speeds; Read speeds of up to 100MB per second; Class 10 for Full HD video recording and playback

What Needs Improvement: Nothing — it works as advertised