When you think of vaporizers, outdoor use and weather-friendliness might not be the first features you’d require. But if you’re interested in a vaporizer that can withstand splashes and dirt, that can handle extreme heat or cold, one that looks like a rugged little tank and that comes with plenty of accessories, then you should check out the Vapium Summit+.

The Vapium Summit+ is billed as the first splashproof (IP54) rated vaporizer.

Built to handle the backcountry, the back nine, and the couch.With innovative technology, medical/space grade materials, intuitive functionality crafted specifically for on-the-go use, it redefines industry standards of both utility and style that performs wherever the trail may lead and beyond.

The box is small, but there are a lot of contents inside. 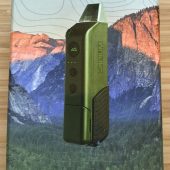 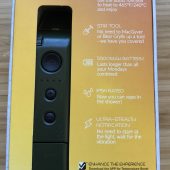 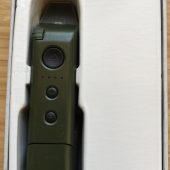 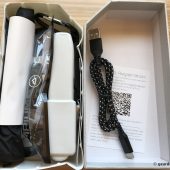 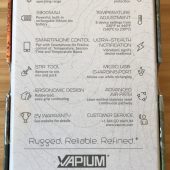 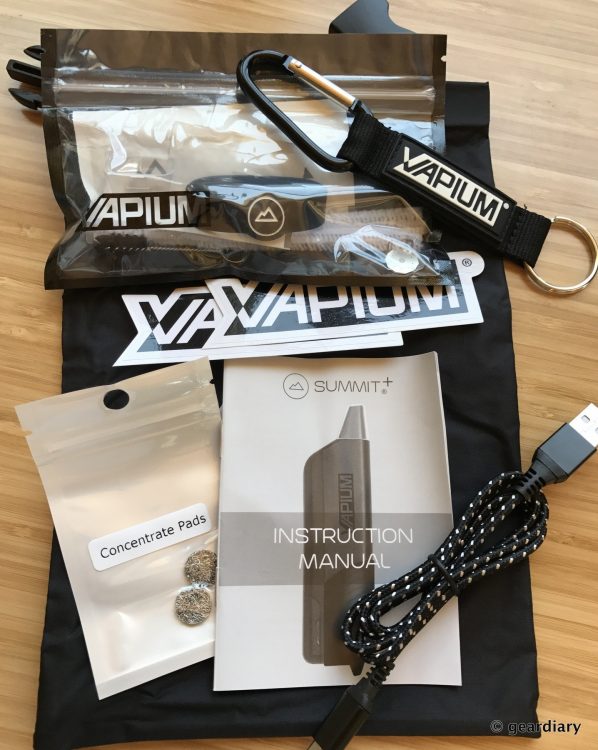 The Vapium Summit+ measures 5″ long by 1.5″ wide by 1.2″ thick, and it weighs 3.7 ounces; it has a 3,300mAh lithium-ion battery. On the top, you can see the ridged edges of the built-in pick/pack tool, the power button, the four LEDs which will glow white to indicate battery charge and then glow various colors to indicate temperature. Below those are the temperature up and down buttons. The cutout is actually the edge of the heating chamber cover, which is won’t get lost or separated from the vaporizer due to its little loop lanyard.

Available in green, black, or blue, the vaporizer is composed of hard plastic with a rubberized bottom grip; it is pocketable, and it fits nicely in my hand. 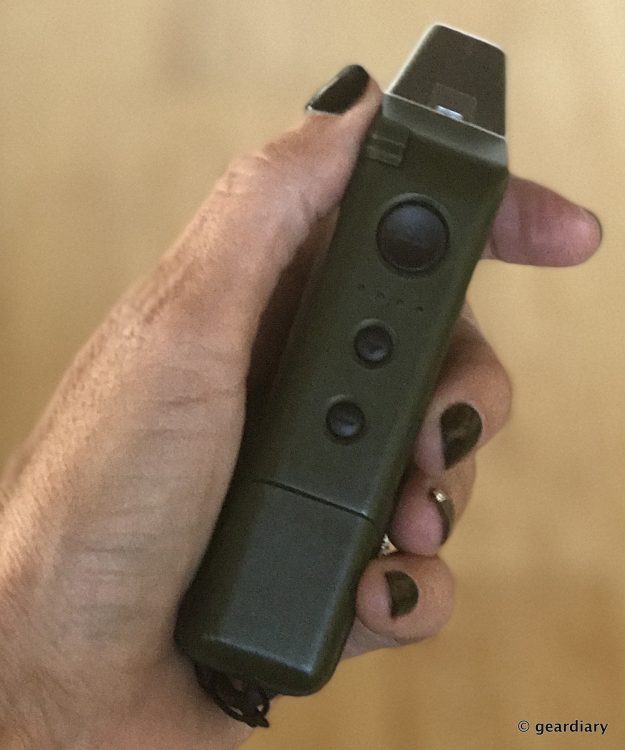 The magnetic mouthpiece is removable for cleaning, and it comes with a plastic cover installed; you don’t have to leave it on if you don’t want to, but if you’re sharing you can discreetly pop it on and off. 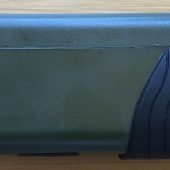 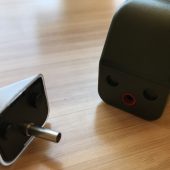 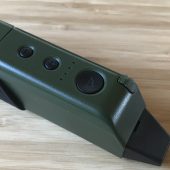 Mouthpiece cover removed from the mouthpiece.

There is a small rubber flap on the bottom …

… which hides the Type-C charging port. Don’t you love how just about everything is upgrading to the new standard? I do. What I don’t like is the little rubber flap; I can see it being torn off at some point because the owner doesn’t want to deal with it — and that’s going to kill the water resistance. Oops.

The heating chamber lid is kept in place with magnets; pulling it off reveals a decent-size stainless steel chamber with a pre-inserted filter. The first bowl of lavender that I smoked in this had a weird flavor, but the second bowl no longer had that issue.

Here’s the pick/pack tool removed. It tucks back into the vaporizers body until needed. You can use the pick/pack tool to “secure and remove the oven screen, stir the materials you are smoking at any point before, during, or after a session, and remove materials in preparation for a reload.” The pick/pack tool can be a bear to remove, as it is tightly fitted. If you don’t want to break a nail, you should use a key or some other item to ease it out. 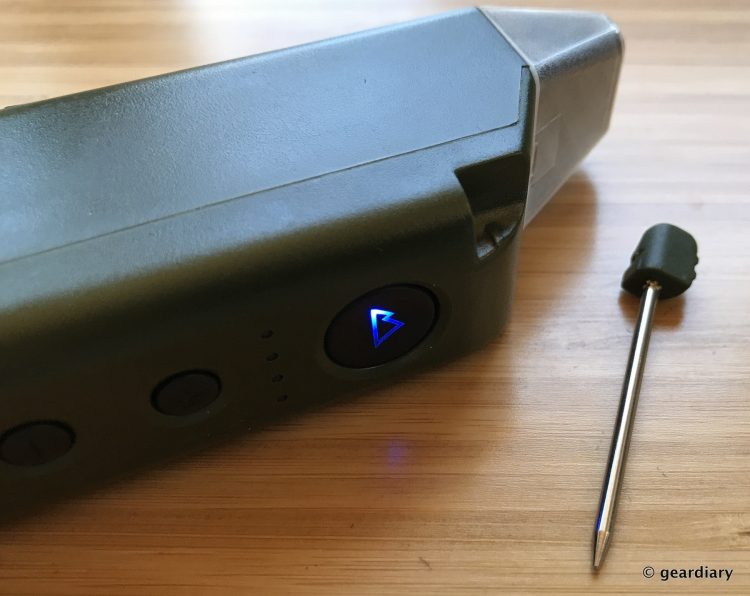 This reminds me of so many PDAs’ styli from back in the day! 🙂

When you plug the vaporizer in, the four LEDs will blink as it charges; as the battery fills, the lights will glow solid white in increments. The Summit+ will automatically turn off after 30 minutes of non-use, or you can manually turn it off by pressing the power button for three seconds. 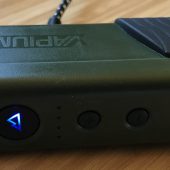 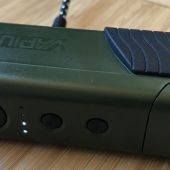 The Vapium Summit+ Vaporizer’s temperatures go from 220ºF to 440ºF (8 different settings), which can be controlled through a series of presses on the temp up or down buttons. The four LEDs chart out what your temp is through a series of colors and lit LEDs; just think of the blue as being the coolest and red being the hottest, and you’ll have a quick handle on it. A cool feature (as long as you don’t mind the LEDs) is that the Summit logo on the power button will glow blue when started, then it will glow solid green once the desired heat is reached. The power button will glow green for 90 seconds, and then the vaporizer will go into standby mode

The power button will glow green for 90 seconds, and then the vaporizer will go into standby mode, and the Summit logo will glow blue. You can wake it from standby mode by pressing the power button once — white LEDs will flash showing the remaining charge, and then the colored LEDs will blink until the correct temp is reached again, and the Summit logo will again glow green. 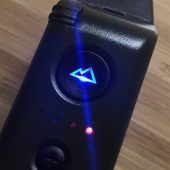 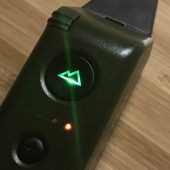 If you have at least one white battery indicator LED glowing, you can use the Summit+ while it is plugged in and recharging.

You can also adjust the session time (in seconds) and temperature settings with the available Vapium app. 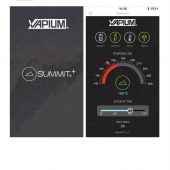 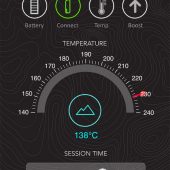 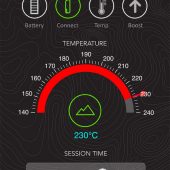 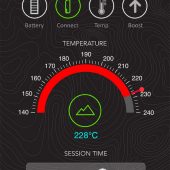 Using the Summit+ is a good experience; there is very little resistance when you draw on the mouthpiece, and it makes a nice vapor. The vaporizer will vibrate when turned on, it ill vibrate when the correct temperature is reached, and it will vibrate when you turn it off. It takes as little as 10 seconds to fully heat the chamber, but it can be longer for higher temps.

The Vapium Summit+ is one of the easiest vaporizers I’ve operated, and even though it has a somewhat no-frills appearance (e.g., plastic body versus something fancier like aluminum or carbon fiber wrapped), it works very well, and it is built to last. The included accessories are on par with vaporizers costing $100 more, so while the Summit+ is budget-friendly, there aren’t many compromises. If you are looking for a good, all-purpose vape that you don’t have to be careful with, the Vapium Summit+ deserves your consideration; for the money, it’s a no-brainer.

The Vapium Summit+ Vaporizer retails for $149.99, and it is available directly from the manufacturer and other retailers.

What Needs Improvement: The first bowl has a bit of an off flavor; Rubber charging port door probably won’t last long