Over the last few days, I’ve been in Santa Monica preparing to be wowed by LG’S latest innovation, the Ultra Short Throw 4K projector. 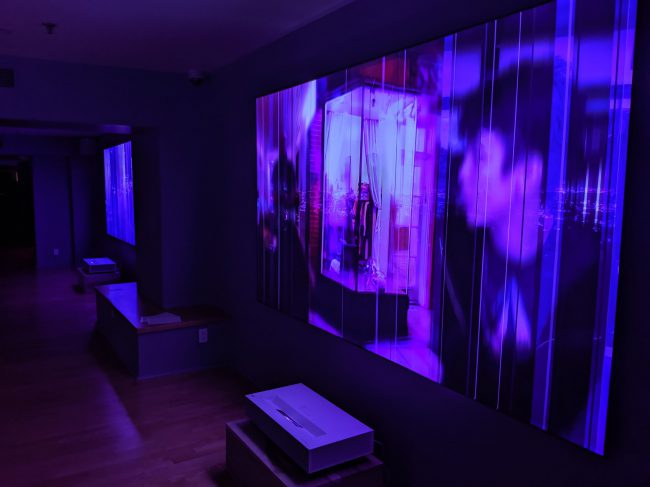 Being able to talk to David Van Essen, the artist who created all of the artwork shown at the gallery, was fantastic. I am someone who has found a love for art at a later age. Discussing with him how he enjoys the way that the LG Ultra Short Throw truly showcases his work in a more defined nature, shows that there’s truly more than meets the eye when it comes to the advancements in technology that LG has provided in their latest product. 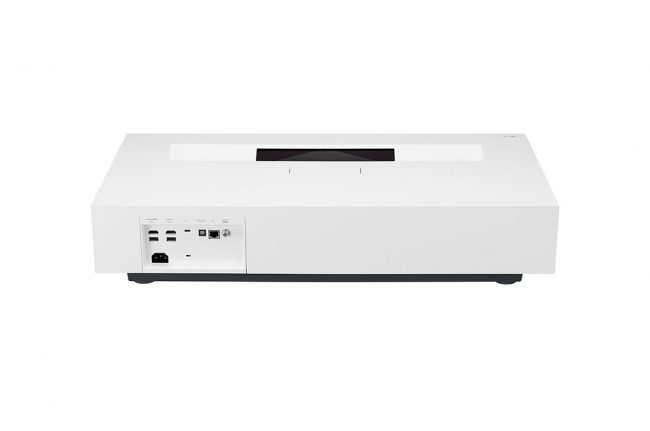 With features like 4K UHD resolution, a screen that extends up to 120” — on top of giving a vibrant picture courtesy of an ambient light — the Ultra Short Throw is a Smart Home Theatre projector that was stunningly displayed through what could be called a live art exhibit, with pieces by David Van Essen showcased marvelously. 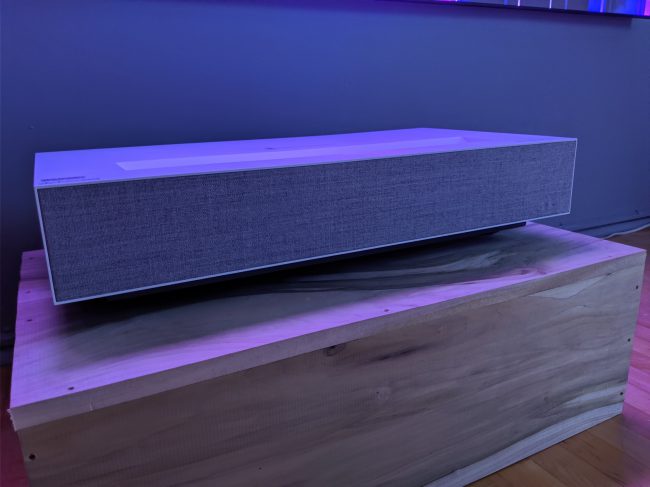 What I thought was more interesting is the soundtrack that the artist chose to use, where each of the Ultra Short Throw’s automatically synced together, regardless of being completely different sounds, each gave off a synergy that was fitting for the vibe that is LA. I found myself a few times just marveling at the artist’s ability to capture what you’d think would be simple shots and make them complex with rich ripple stripes that showcased the Ultra Throws’s ability to pick up colors the way you should naturally see them. 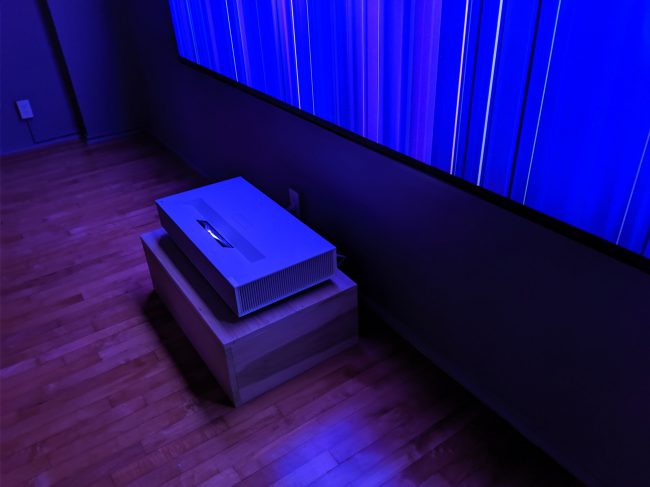 Each detail more rich than the next, the Ultra Short Throw captures video even better, having each frame crisp and bright. What I thought was even more interesting is the Ultra Short Throw’s inclusion of Google Assistant, thanks to LG’s ThinQ AI, will allow you to view your favorite things with a simple command. 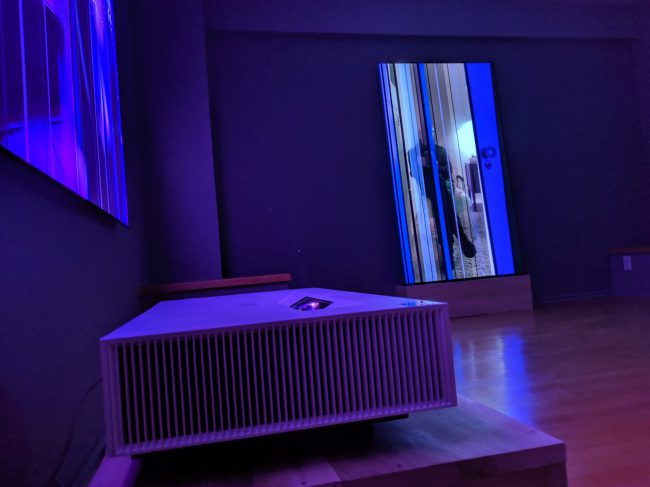 The footprint of the Ultra Short Throw is interesting in itself as you can see it’s small enough to sit on a tabletop, but can be mounted in a variety of ways making it one of, if not the most versatile piece LG has ever made. I’m really excited to see exactly what the CineBeam can do, not just for art, but all forms of media; imagine the possibilities.