Most nights (and more often days) I dread cooking for myself. I’ve heard that meal plans can reduce the urge to spend money going out to restaurants, so when I found the opportunity to check out Veestro, a Vegan meal subscription plan, I was eager to see how it would fare for a person who’s never been a Vegan. 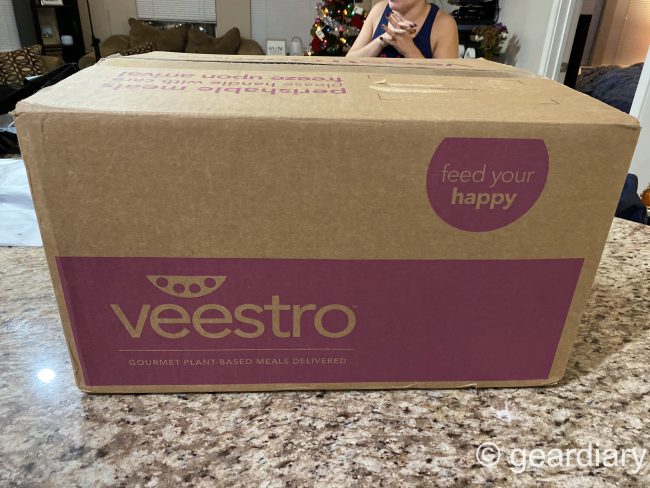 A Subscription food delivery service that produces organic, non-GMO meals, Veestro gives users the ability to order “packages” of 10, 20 or 30 meals that arrive at your door in just a matter of days. Whether you are someone who enjoys breakfast or practicing intermittent fasting, there’s a little bit of something for you courtesy of Veestro. With a variety of breakfast, lunch, dinners, and desserts, there’s a multitude of options such as breakfast wraps, Pad Thai for lunch, and even a Baked Mac & Cheez dish for dinner. And don’t worry, if you are gluten-free, there are plenty of options available to you as well.

What Veestro prides itself on aside from the delicious foods they provide are the prices. Compared to the $10-12 bucks you spend going to the Salad bar around the corner from your office building, Veestro wants to save you the time and expense costing you roughly $8-10 per meal which is pretty remarkable. 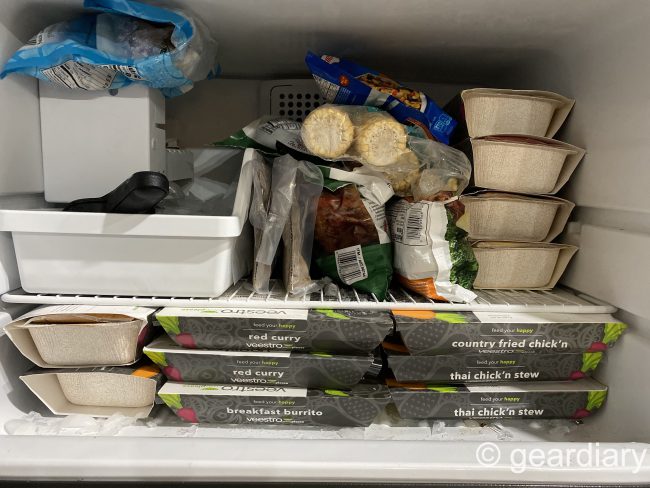 Using completely organic ingredients, each dish is hand-crafted by a chef and packaged, causing you to only have to reheat it on your stovetop, oven or microwave. Now I have to be completely blunt here. The sodium for me was a huge deal for a lot of the meals, some being up to 35% of the daily value in salt. In hindsight, these are prepackaged meals so you’d expect salt to keep the meals preserved to an extent, but still, that is a large amount of salt for someone like myself who already is trying to get rid of water retention in my chubby cheeks.

Aside from this, however, the buildup is simple. You register for your account online, pick the meals (that are well described by both Veestro and the reviews that are left by current/previous customers) that you choose. To start off I went with the “Veestro’s Favorites” options. These were some of the most ordered products by customers, highly rated and assumingly had the most favorable. This is what I received in the box: 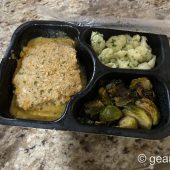 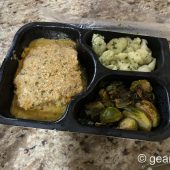 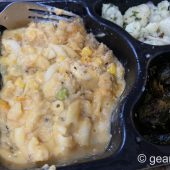 Now I just want to get this out of the way before I start: I’ve never had anyone’s Mac and Cheese (with an ‘S’, not a ‘Z’) better than my grandmothers. And I’ll put this in the most honest way I can possibly put it: I did NOT enjoy the Baked Mac and Cheez. With 33 years of life under my belt, eating like a carnivore, as well as indulging in all of the pasta glorious-ness, I started here. And man was I disappointed. Without harping on it too much, the consistency of the Baked Mac & Cheez gave me vibes of baby food (and taste too). I almost gave up here, but I told myself “Greg, you’re going to convince your body to do a thing its never done. And damn it, we’re sticking to it. 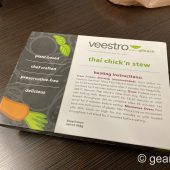 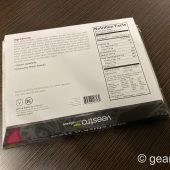 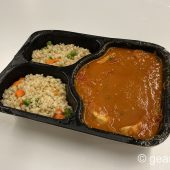 So Day 2, I set myself in motion knowing that sometimes two is better than one, so I opted for the Red Curry with Tofu. It seemed simple, and me being a POC, I figured “hell, if it didn’t have any flavor, I’ll add some seasoning to it, spruce it up and make it mine. And let. Me. Tell. You. 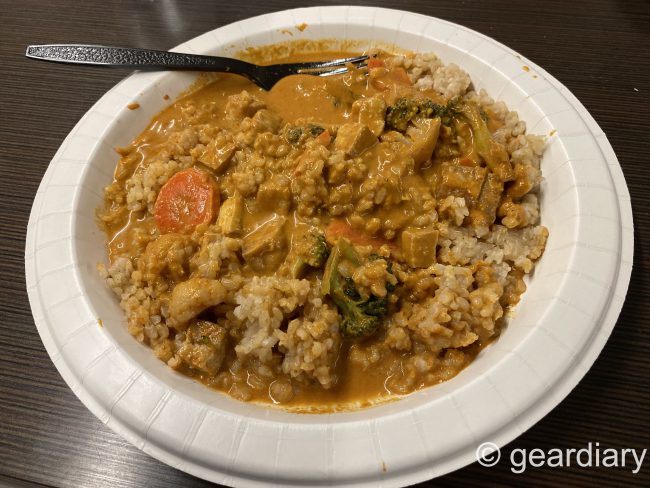 There’s no way in the world you could tell me I wasn’t a vegan that day, haha. Boy, the Tofu is something special. I had never had it before from recent memory, but it had a consistency I liked. The curry tasted delicious and made me want more. I got home that evening and had the second one. And it was JUST as good. 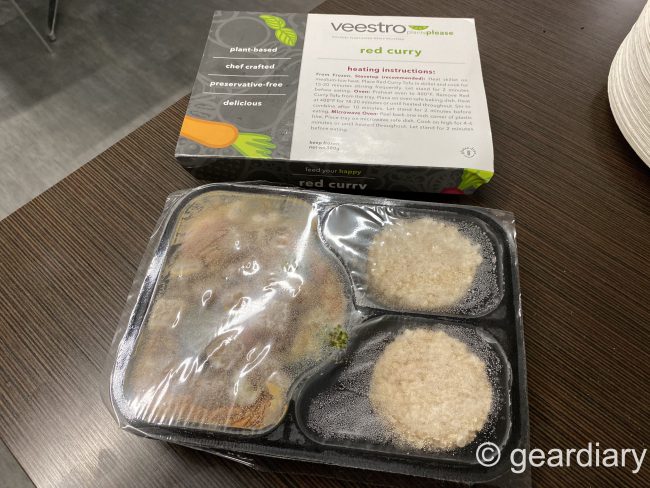 But then after about week two, I got tired of the meals I ordered. So I attempted to switch things up using the easy online portal. They make everything pretty self-explanatory for you as I said before, with the ability to skip weeks if you want, (vital for me around CES week), and you can alternate and switch. So you know the first thing that was off my list when I changed things up right? That Mac And Cheez. Nonetheless, when the new week rolled around, the eco-friendly package came as it always did, complete in a large-sized box with dry ice to keep foods frozen for hours in case you get off work late and cannot immediately get to them. Now I’m not sure if it’s just my deliveries of if this is a Veestro thing, but they ALWAYS delivered by food between 4-6 pm which is on par with my wife and I’s home life, so someone can come and grab it. 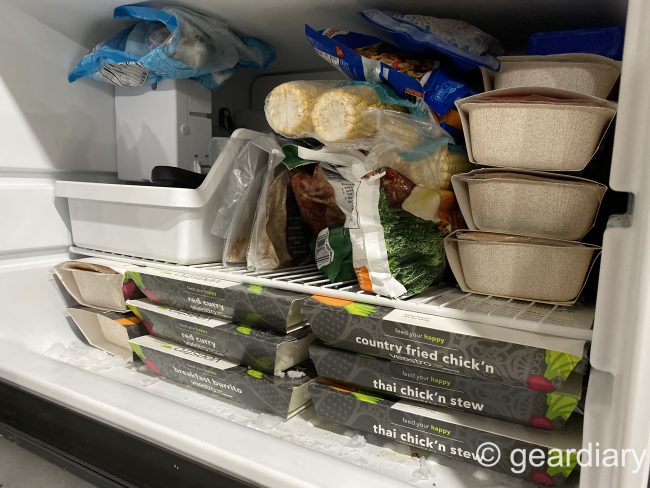 Here’s a slight knock that’s more so my fault than Veestro’s. Since these meals are frozen, I hope you have the storage for them. I’ve never used Hello Fresh, although I did try (and hated) Blue Apron six years ago, but Veestro meals all require a heap of freezer space. For me, this meant some things needed to be cooked, and some things needed to be tossed. So if you’re like me who might skip a meal here or there, just know, that next week is rolling around and it’s on you to eat that food or ask a co-worker if they wanted to share a lunch with you that day so you can free up space in your freezer.

Now the big question is this: Greg, have you gone completely Vegan? 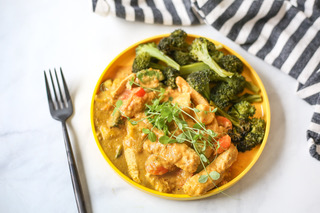 Absolutely not. At the time I’m writing this I’m craving pasta, and I will say we went out to celebrate my birthday, and ALL I craved was a Filet Mignon. No disrespect to the vegans out there, I LOVE, absolutely LOVE a lot of the meals, and I feel like I will certainly keep using Veestro as a means of trimming the literal fat off my body. I’m not a meal prep person, and Veestro is the best that I’ve seen at making hearty, healthy vegan meals that don’t have some complicated setup with exact measurements that eventually piss you off because they only included “two spoonfuls of glaze” for that delicious dish. Each meal literally has savory glazes, seasonings, sauces, that had me licking the spoon after (especially that dang Red Curry…. MAN).

If you have considered going vegan but don’t know where to start, or if you have thought about weight loss options of going vegan (I know I have) and you aren’t super imaginative in the kitchen, Veestro is probably the best affordable meal plan option I’ve seen. I’m hoping to set up a process for myself where I cook my own (healthy) dinners, and exclusively use Veestro over the coming months in my weight loss journey since I’ve severely broken my resolution on January 1st. But let’s be honest… Resolutions start in February. 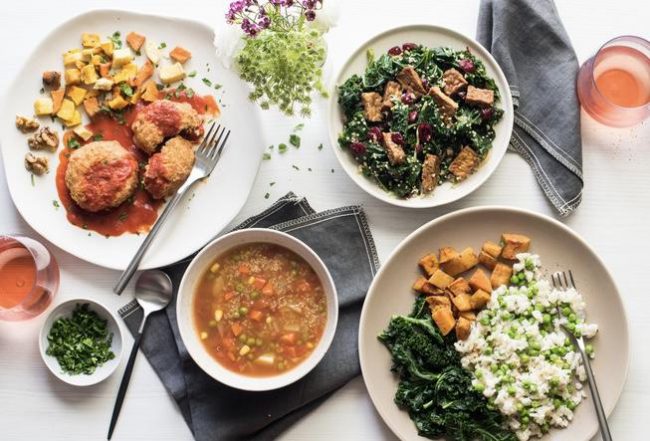 You can do a la carte style, meal packs, or even juice cleanses as the celebs do (I’m going to try that one the week AFTER my birthday I promise… I’ll keep you up to date on that). With the auto shipment option, you’ll get a discount on the grand total depending on the package you choose.

You can find out more information about Veestro by heading over to their site.

What I Like: The dang Red Curry, and a lot of the others; Savory meals that are portioned properly; Can be scanned into MyFitnessPal!!!

What Needs Improvement: Obviously the salt intake is a bit rough; Mac & Cheez