I’ve always been interested in protecting my baby MacBook Pro, but I didn’t like the look of the plastic hard cases, and I used an elastic neoprene sleeve for a while. I then searched the internet again, in the hopes of finding a cover for my MacBook Pro that was protective, and at the same time stylish. However, all I could find were really variants of the plastic case model. Until I stumbled across Macally. 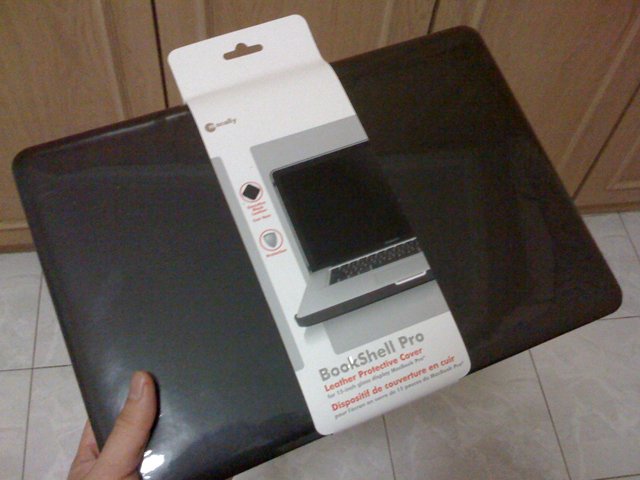 I immediately took off the label, which was surprisingly hard to do. Though it looks like it would just slide off, there is a bit of sticky tape which was put there to stop it: 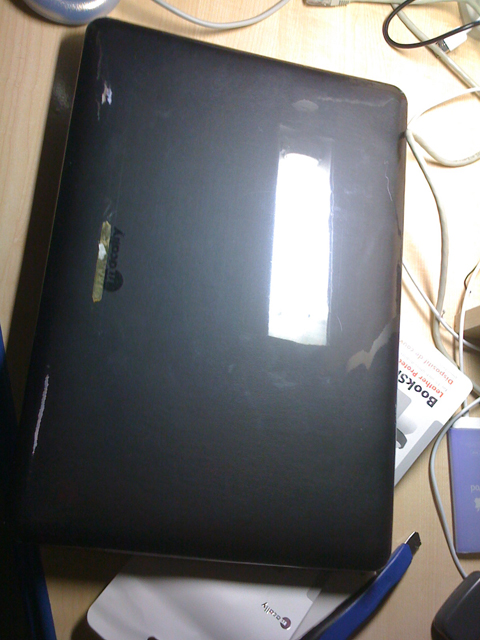 Hence I had to actually pull apart the label. However, the label was quite strong, and didn’t tear. The adhesive did pull apart though. The next step for me was to take my craft knife out and start opening. (I’m very sorry that I couldn’t make an unboxing video, my camera wasn’t with me, so unboxing photos would have to do)

In all its unwrapped glory: 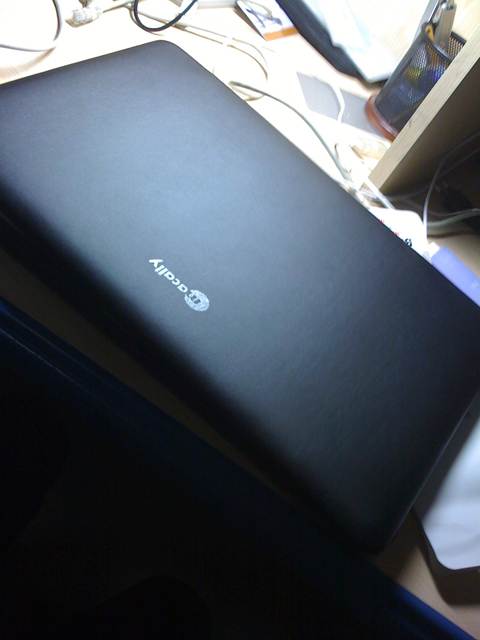 Inside was an advertisement for Macally’s other products: 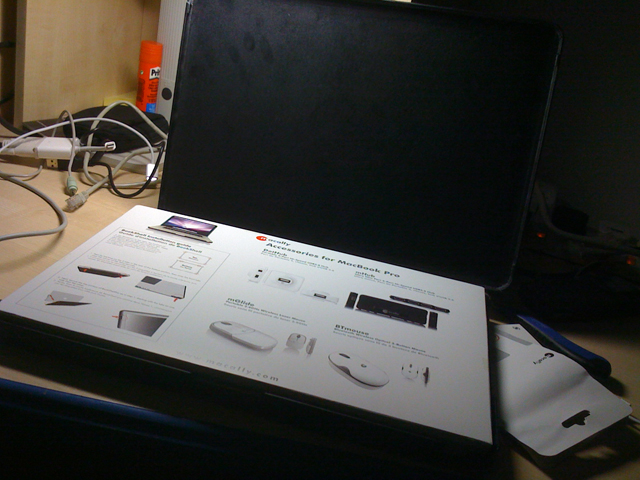 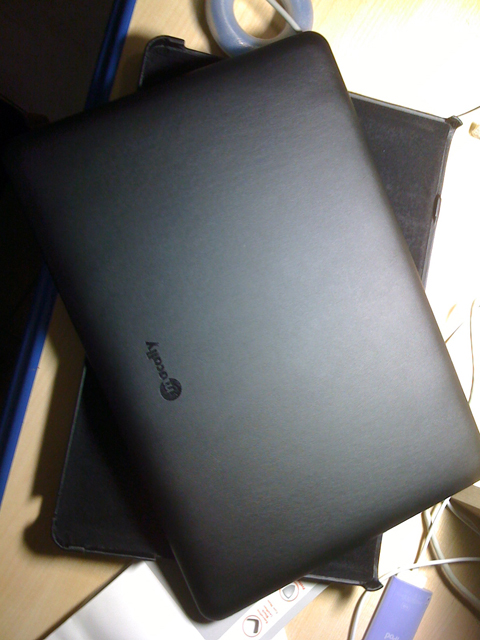 As you can see, the insides are lined with a soft suede to prevent scratches: 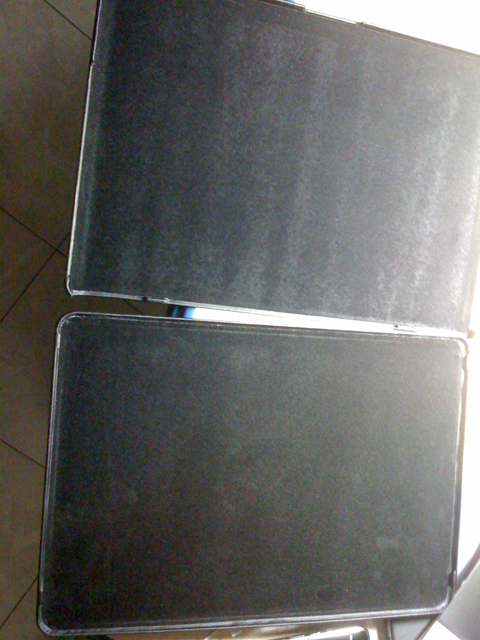 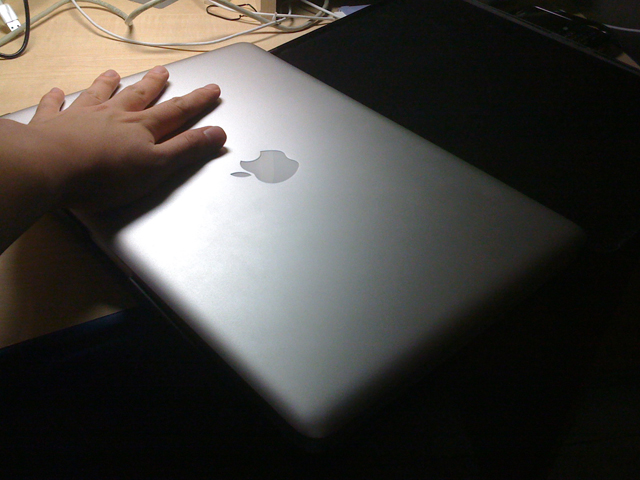 The bedding in procedure is actually quite simple and obvious. You just lay the notebook in, hinge-side first, into the bottom half of the case. The reason you must slide the back side in first is that there are little hooks that hook into the vent at the back: 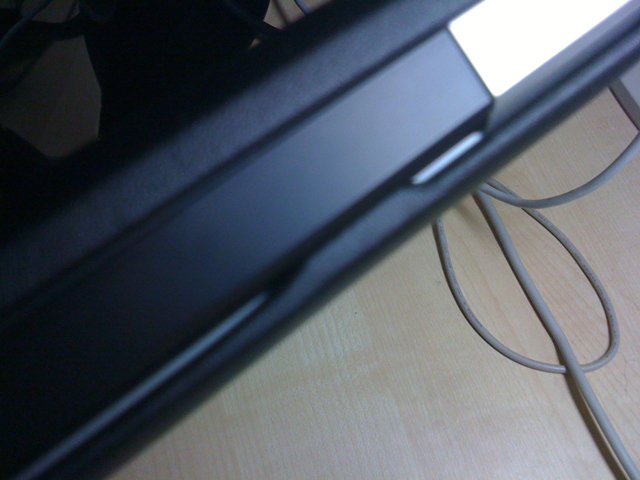 After ensuring that the hooks have been correctly set in place, now just lower the front end of the notebook into the case, and push down firmly, in the open position. The reason for this is that there are little tabs that will then clip in place, holding the notebook in place: 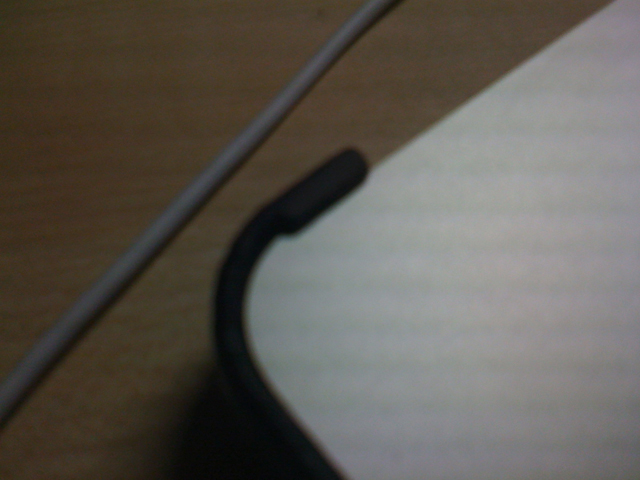 The same thing happens with the lid portion: 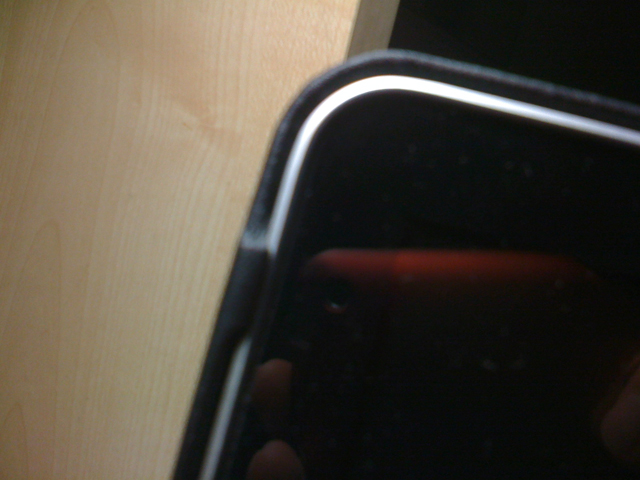 So, here’s the laptop, fully bedded in place: 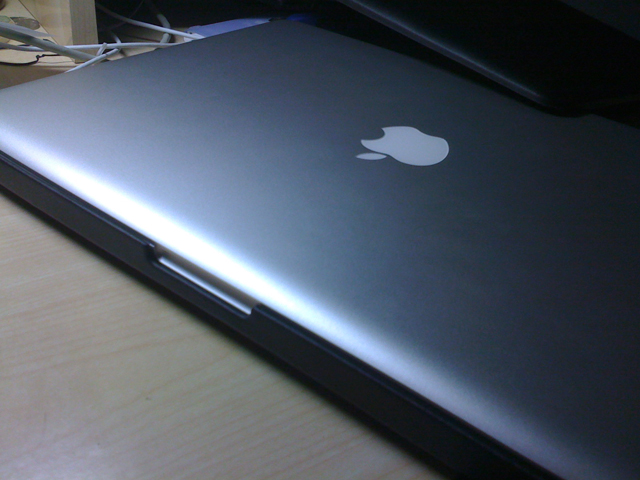 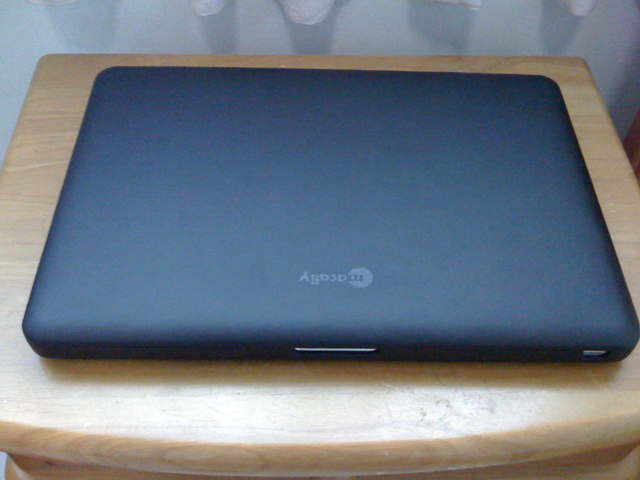 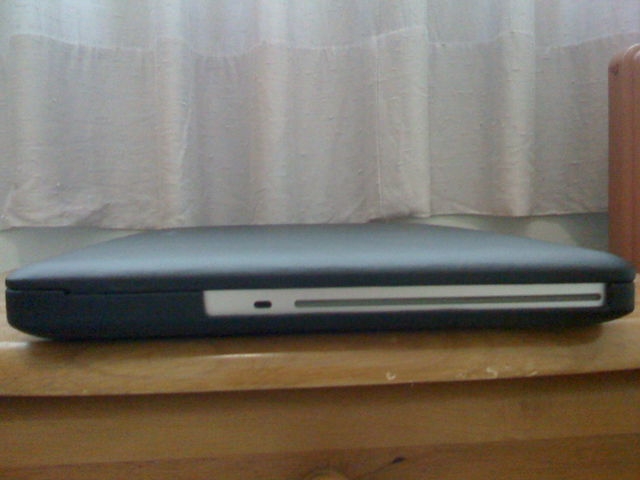 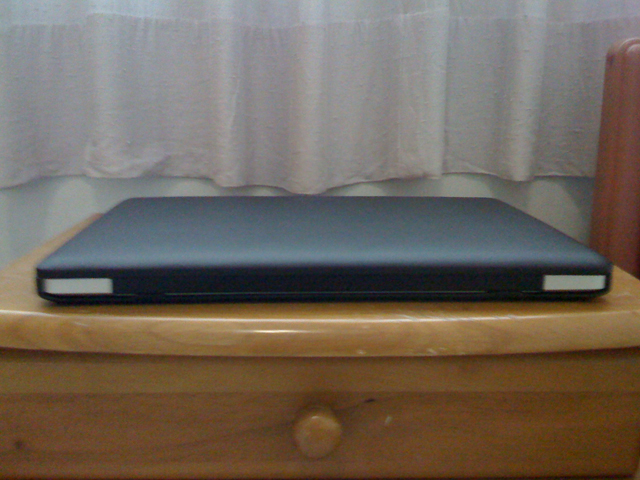 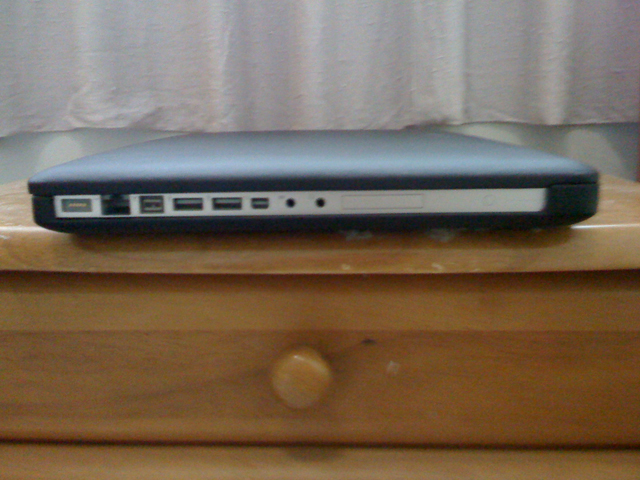 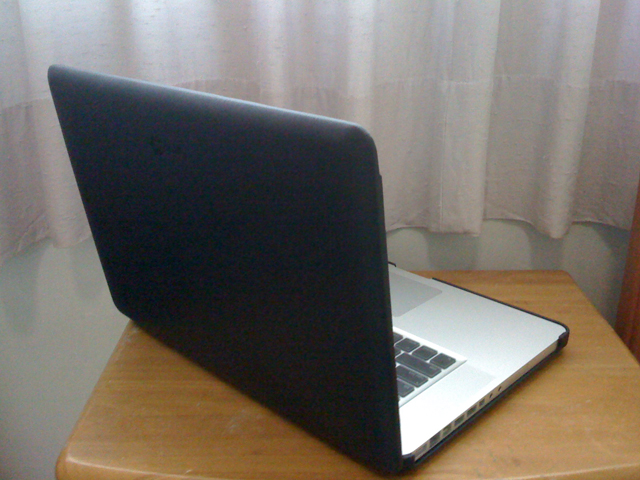 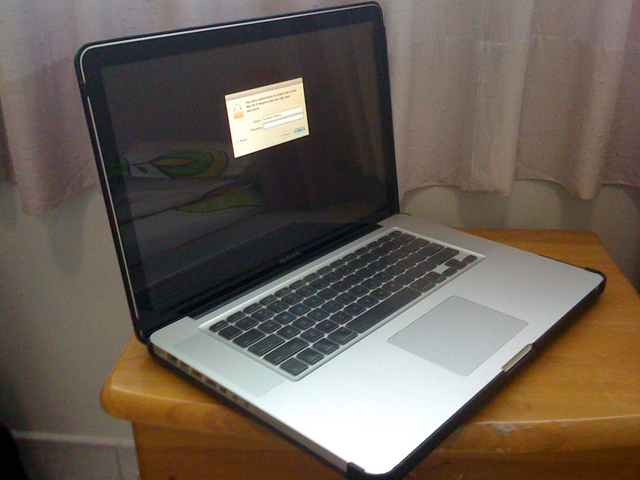 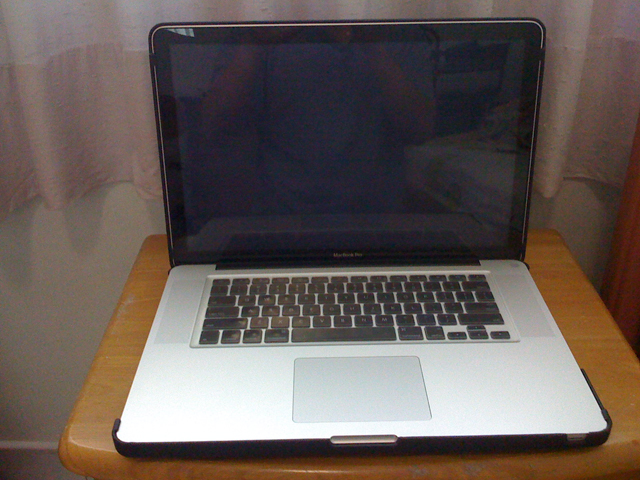 The case clearly provides my MacBook Pro with a hardshell protection (although it’s leather, there appears to be aluminum inside the walls of the case, and the leather exterior and suede interior is wrapped around it). However, it doesn’t do it at the price of style. There is, however, one exception to this rule. No more glowing Apple for me. Sigh. Guess you can’t have everything.

Upon lifting the Macally BookShell Pro, I could feel that there was something heavier about it. I’m not sure about exact measurements of the weight of the case, but there was clearly some added heft to it. Having used a Speck hardshell before, however, the weight was definitely lighter than the Speck. There doesn’t seem to be much added thickness either.

Now I don’t really game with this laptop, so I can’t really look around at whether this case actually increases the temperature in that way, given that the bottom half is effectively now insulated by the cover. However, in my daily usage I have not felt the laptop warming up any more than without the case. “Daily usage” also includes driving my Samsung 23″ monitor at home, as I run my MacBook Pro in clamshell mode at home.

Now here is a pet peeve that holds true to all such cases, and the BookShell Pro is no such exception: 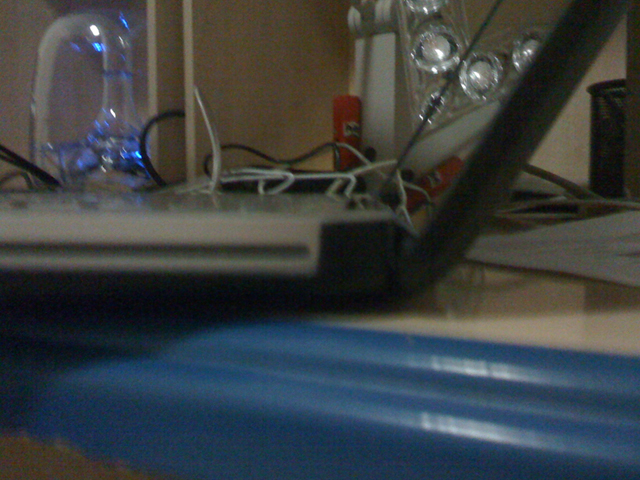 It limits the opening angle!! Why oh why!?

The unibody MacBook Pro opens up substantially more than this when it is left naked. In addition to that, but in this extreme position, the two halves of the leather touch each other, leaving no breathing room for the air escaping the vent. That leaves only one avenue: up from the hinge.

Here is another potential problem that I see: given that my old MacBook Pro actually had claws that retracted and appeared as needed to clamp the laptop down, but there are no physical locking/latching/clamping mechanisms on this MacBook Pro!! Given that the tabs would end up in between the two modules of the MacBook Pro, it would increase the separation, and the magnetic attraction would be weaker at that increased distance.

As it turns out, I can confirm that indeed the magnetic attraction at that distance was decreased. It was noticeably weaker. Not so much that it won’t close, but remain open all the time, but it required much less force to actually open up than it usually did. Also, holding the laptop perpendicularly, as shown: 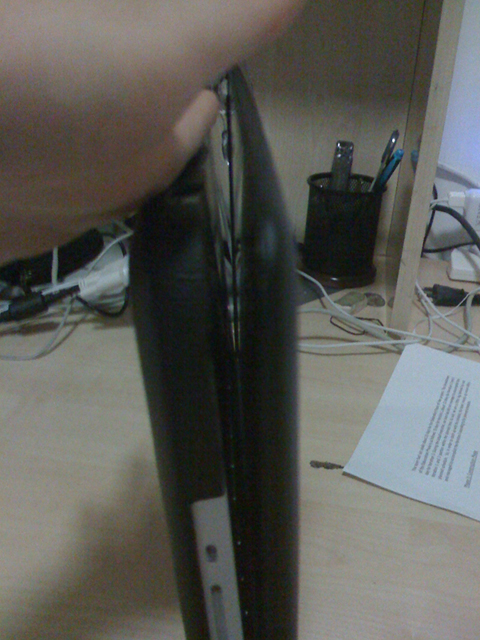 Overall, the Macally BookShell Pro is an excellent case for your MacBook/Pro. It offers protection in the form of an aluminum inside while providing the style of leather, and also a soft suede inner lining to protect your laptop from scratches.

Macally has the BookShell Pro2 in Black, BookShell2 in Black/Red, and the old versions (BookShell Pro and BookShell, respectively) in the same colors.

The MacallyBookShell Pro2 is available directly from the manufacturer and from other retailers.

What Needs Improvement: Still dds a bit of heft; No glowing Apple 🙁 ; Decreased opening angle; Potential heat buildup; The magnets are weaker due to the increased separation