Solve a riveting new case in this challenging hidden object sequel to Masters of Mystery: Crime of Fashion. Join Detective Carrie Chase while she investigates a troubling double homicide in an exclusive penthouse. Track clues from one location to another, uncover the leads using your forensic tools and search for evidence that will help you nab a killer. Be ready to experience deception and betrayal in this titillating series of games!

TRY IT FREE, THEN UNLOCK THE FULL ADVENTURE FROM WITHIN THE GAME! Major features: I reviewed the first Masters of Mystery game here, and found it to be an interesting story-based hidden object game with some well-done characters. This game is the direct sequel and finds Carrie Chase a few months later no longer the fresh rookie detective, but instead as an established and promoted detective who is helping out the next ‘new kid on the block’ … and possible love interest!

As with the first game, the gameplay is fairly standard hidden object genre mechanics – but again it is all topical and very well executed. By topical it means that I am not looking for irons and balls in a police office, but instead for handcuffs and files and other relevant items. You have a list of items to find, and simply clicking on the object will remove it from the list.

You also get four forensic tools introduced at the very start of the game – these are the same as before: fingerprint duster, UV light, flashlight and magnifying glass. The game seldom tells you which tool to use, allowing you to figure it out for yourself. That is a great feature as it makes you feel part of things – I really don’t need the game telling me to use the duster when I need fingerprints, I would much rather feel like the detective.

The puzzles are also topical and well done: recreating photos and documents, matching handwriting, tracking fingerprints and so on. Everything you do feels like it is part of solving a mystery, and is then immediately reflected in how the plot progresses.

Ease of use/Overall performance: The bottom line for hidden object games comes down to: can I see stuff, and does the game recognize when I tap that stuff? Translating games to a tablet makes this even harder, and since I finished this on the iPad Mini after starting on my full-sized iPad I got to appreciate just how well it works. You are never pulled out of the game wondering why your taps aren’t recognized, which allows you to stay focused on actually playing the game.

Would use again/recommend?: Absolutely! While the game comes only two months after the original, I was still very happy to be back in the game world with familiar characters and settings. If you are a fan of solving mysteries and playing hidden object games, there is a lot to enjoy here! 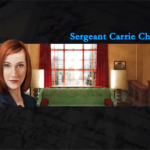 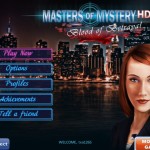 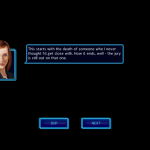 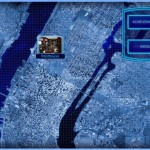 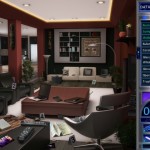