As much as I have tried to go paperless, it’s been impossible for me to totally quit writing down shopping lists or jotting quick notes to myself or others. Whether I like it or not, I think I will always need to have a pen handy. Add to that my occasional need for a capacitive stylus — one that will work on the iPad or iPhone’s screen — and you’ll understand why the AluPen Pro caught my eye when I was visiting the Just Mobile booth at CES. Sculpted from aluminum, the perfectly weighted AluPen Pro features a high-quality, retractable ballpoint pen at one end, and a soft rubber nib at the other. So you can seamlessly switch between jotting notes on paper and sketching ideas on a tablet.

The AluPen Pro is available in three colors — black, silver or red; I was given the silver version. The AluPen Plus comes in a  package that includes a spare stylus tip and a leather carrying pouch. The pen measures 5.4″ long including the stylus tip on the top (which looks a bit like a black eraser), the pen is 0.4″ wide, and it weighs o.7 ounces. Whether because they expect you to wear it out or because it might get lost, a spare stylus tip is included with the pen.

The writing end is the tip of a short Pelikan refill, which probably prompts my only real gripe — I do wish that pen took full-sized refills. The writing tip retracts into the body of the pen with a twist of the pen’s bottom; a twist in the opposite direction extends the pen.

I like that Just Mobile chose to go with the Pelikan refill, because it writes very smoothly.

The AluPen Pro is a comfortably sized and weighted writing instrument. I love the fact that it is a substantial metal pen. The angles on the side making up its hexagonal shape are defined enough that they will keep the pen from rolling off your desk. They are subtle enough that they do not make using the pen uncomfortable.

Whether you want a stylus so that you can tap things out on your screen while wearing gloves, or because you don’t like looking at finger grease on your screen, or because you just like drawing with one, there are reasons why it makes sense to carry a combination pen and stylus. The Just Mobile AluPen Plus happens to be one of the better looking and performing ones.

The Just Mobile AluPen Pro is available directly from the manufacturer.

What I Like: Beautiful aluminum pen with capacitive stylus end; comfortable weight and length for extended writing; includes a leather pouch to keep the pen from clinking against other items in your bag or pocket

What Needs Improvement: I do wish that it accepted full-length ink refills 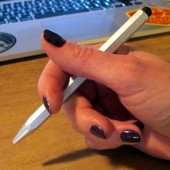 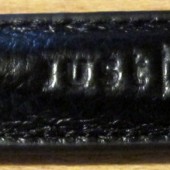 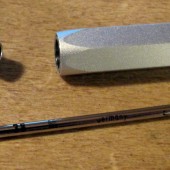 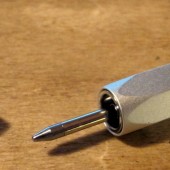 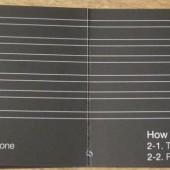 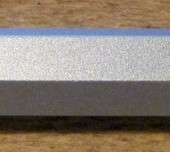 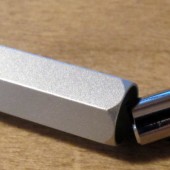 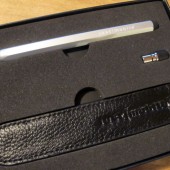 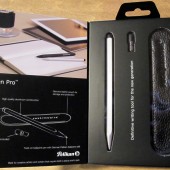 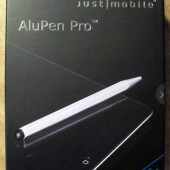