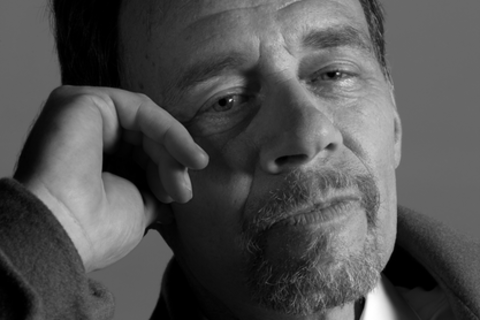 One of the talks that I had really been looking forward to at South by Southwest Interactive (SXSWi)–as a contributor to an online site as I am–was David Carr’s talk, “Gates of Heaven, Gates of Hell”,on how media was adapting to the internet, and specifically about the NY Times’ experiences with pay walls, online advertising, and the like. If you’ve been online for a while and followed the business news regarding making online sites pay, you know it’s a tough row to hoe. It sounded fascinating.

The New York Times has taken a couple of stabs at charging for online content.  The first was back in the early 2000s, when the “information has to be free!/I ain’t paying for nuthin’ on that durn Web!” mania was at its highest.  The Times sealed off their most popular contributors with a paywall, despite howls from many quarters that “That will never work.”  And it didn’t.  After a few months, the Times bailed and pulled down the paywall.

More recently, the Times came up with what, in my opinion, is an extremely convoluted and quite bizarre hybrid scheme.  I won’t go into all the details, but basically you get a certain number of free views of Times articles every month, after which if you want to see any more, you need to pay.  The structure for subscription purchases is extremely slanted towards forcing you to get an “online and paper” combination subscription.  The best deal (I’ve been told) is the Sunday physical paper and online viewing option.  I wouldn’t know, because it offended my online-only sensibilities to be essentially forced to purchase a physical newspaper that I would throw immediately into the recycle bin just so I could read the online content in the event that I exceeded their number of monthly visits.  Which I rarely ever did.

In addition, there are gaping tech holes in the paywall (that I’ve been told by several people are intentional).  For example, if you follow a link in Twitter to a Times article, you get up to your maximum number of views . . . and never exceed it.  In any given month, I’ve seen the “This is your last free article” message a dozen times (Paul Krugman writes a whole lot of very short posts) without being cut off.  If this is intentional, the reasoning escapes me.

In any event, as you can see I find the Times‘ strategy to be bizarre in the extreme.  But they’re giving it a good go, so I wanted to hear what Carr had to say about the trend in general, and how the Times‘ experiment has played into it.

What I got was an apologia for how awesome the Times‘ strategy is, and why it’s a model for the industry.

Okay, yes: Carr is an employee of the Times, and so one would expect him to be very much in favor of their model (at least in public).  But he hardly addressed the many disadvantages, the lack of a solid growth curve for online subscriptions, and many other drawbacks to their model that I was really hoping to hear about.  He also had very little information about other media companies’ models and how they stacked up.  In short, I found it exceedingly dull and much too “The Times is doing it right!” cheerleading.

Now, the environment wasn’t the best: it was in a giant hotel ballroom that was only 1/4 full; the sound system was atrocious; I found Mr. Carr was a very uninvolving speaker, rather bland and dull in my opinion; and it was clear that Carr wasn’t a tech person, or familiar with the tech issues. I could only take it for 30 minutes and then left. (It’s absolutely possible that the Q&A was better, but I didn’t want to stay for it that badly.)

So in all, folks, this was a #Fail for Doug at SXSW. (And the thought of the other talks I could have gone to makes me go “Augh!”) Let this be a lesson: No matter how carefully you choose, you’re still going to get a clunker now and then!