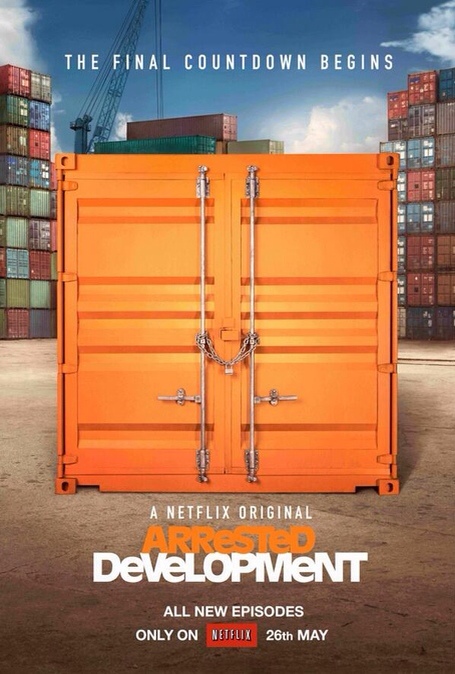 I have made no secret of the fact that I am a huge “Arrested Development” fan. I have watched every episode multiple times, own them all on DVD, and I keep them in my Netflix queue. This may seem like overkill, but you can never run the risk that connectivity may separate you from the Bluth Family. While Fox cut Arrested Development short, Netflix resurrected it, and the official date is here: May 26th!

Netflix is working really hard to break free from just streaming licensed content, and Arrested Development is their second original content show after “House of Cards”. I am really rooting for this to succeed for a few reasons, and not just because more Arrested Development is always a good thing. Network television has become very driven by ads and ratings, and good shows have a very hard time gaining traction if they don’t post big numbers right out of the gate. Cable shows have filled some of that niche, but they are at the mercy of cable and satellite companies, and as Dish, DirecTV, and Cablevision subscribers can attest, this means good shows don’t always make their way to you. Plus, when you’re used to catching up on the whole backlist of a show at once on Netflix, it is HARD to have to wait a week (or more!) between new episodes. Netflix dodges all those issues, since they release all the episodes at once, they don’t need to report ratings to anyone else, and they don’t have to negotiate fees with themselves!

In any case, I am ridiculously excited for the next season of Arrested Development … if you need me May 26th, I’ll be camped out in front of my TV!