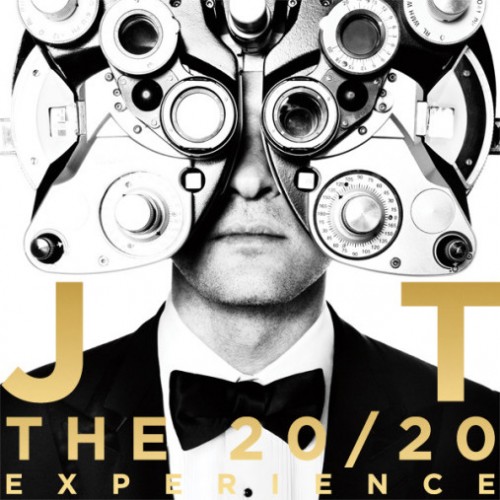 There is a line somewhere between drawing inspiration from the past and simply leaning upon the work of others as a crutch; so while Stray Cats or Adele took what came before them and reimagined it through the lens of a new era, Bruno Mars basically doing an 80’s era Police knock-off with a crappy chorus is just pandering. So what does this have to do with Justin Timberlake? If you caught his performance on the Grammy Awards, you know he is pushing a retro feel, so let’s take a look at his new Justin Timberlake 20/20 Experience album to see how it plays out!

Description:
This 2013 release is the third solo album from the Grammy and Emmy winning Pop superstar, actor and former member of N*Sync. The 20/20 Experience is the long-awaited follow-up to his album FutureSex/LoveSounds (2006). The album features collaborations with producers Timbaland and Jerome “J-Roc” Harmon as well as a guest appearance from rapper Jay-Z on the album’s first single ‘Suit & Tie’.

When you look at the cast of the mid-90s era Mickey Mouse Club, among the most famous members you have pop stars Britney Spears and Christina Aguilera, popular actor Ryan Gosling … and Justin Timberlake. Timberlake shows his singing and dancing chops, as well as his high energy and charm on the show.

And soon he was one of the leads of the boy band NSync, and he saw increasing success throughout the decade and into the start of the 2000s. Just as NSync (and Backstreet Boys) peaked, the boy band scene became saturated and quickly faded … but in 2002 he was right there with his solo debut ‘Justified’. It didn’t sell as well as NSync, but it was a solid release that established him as a pop music force.

But at the same time he was starting to establish himself as an actor, working in a variety of dramatic and comedic roles. In 2006 his FutureSex/LoveSounds album ‘brought sexy back’ to tremendous success, and featured roles in The Social Network and also comedic stints with Saturday Night Live group The Lonely Island. As 2013 rolled in he found himself an established veteran at 31, but also someone without a record in more than 6 years – since before anyone had heard of Lady Gaga, Justin Bieber, Adele, Ke$ha, and so on.

So after several years, what do we get? Basically a singularly-flawed but otherwise tightly produced and arranged set of polished pop songs with a neo-soul feel that feature themes of romance, dancing and sex. In general there is more of a push towards the romance side of things than on his earlier work, showing some signs of maturing over time.

What you will immediately notice is that unlike most pop albums, there isn’t a single track here under 4:30. It was noted that during production Timberlake asked if groups like Queen, Pink Floyd and so on can do 10-minute songs, why can’t he? The sad reality is that the answer is sprawled all over the album, turning even the tightest and most infectious songs into indulgent bores. That answer? Those other groups had musical statements that merited 10 minutes of exposition … JT does not.

And nowhere is it more evident than on the opening song, ‘Pusher Love Girl’. After a very early-70s R&B/funk string intro, a fun and funky slow tune with a simple groove and basic melody, with a catchy hook based on a third-step down for the chorus. It is a fun and light song basically calling a girl whose love is like an addition, but there is too little harmonic variation and movement, and as a result when it seems to end after four or so minutes you are ready to be done … but then it comes back.

This time the groove presents itself as an inverted funk beat, but sadly there is no harmonic modulation or variation, just a slight change in how JT is singing. And then THIS section drones on for a few more minutes before finally ending for real. The song is decent, but it just drones needlessly and endlessly.

As an analogy, think of The Beatles ‘Strawberry Fields Forever’ or Jimi Hendrix ‘Are You Experienced’. Each of those has a ‘slight return’ after the conclusion, which has a great effect as it is musically distinct and short-lived. Imagine if those returns were just basically the same as the main song theme – and it went on for 3 minutes rather than 30 seconds! That is the major downfall of this album.

The second song is what I consider the pinnacle of the album, “Suit & Tie”. It starts with a great horn theme that swirls into a catchy and infectious slow groove, then explodes into a tight funk groove with JT doing what he does best – you can practically see him dancing around the studio singing this song. The 70s vibe is super-thick, but perfectly played and well suited. I am not a huge fan of the over-done obligatory singer-rapper combos in every pop song today, and yet with Jay-Z it blends solidly together and actually works. Even the song length at 5:26 is not out of control – they could have trimmed it to just under 5 minutes without losing anything, but it isn’t nearly as egregious as the rest of the album.

Sadly after the strength of the two opening songs the rest of the album feels both underwhelming and same-ish. While for some that might be a good thing, for me it made it difficult for anything to really stand out. It isn’t until deep into the album when we hit Mirrors, the other stand-out track … which of course also overstays its welcome by stretching out to well over 7 minutes. As before, good ideas in need of a judicious editing job … scratch that, in need of an editor with a hatchet!

The overwhelming problem holding back the album is that it could have been a very good 40 minute album rather than a disappointing 70 minute album. Justin Timberlake fashions himself as Michael Jackson meets Pink Floyd meets Barry Gordy … and so rather than craft an album of great pop he aims higher and fails to deliver. This is not a high concept affair like Stevie Wonder in the early 70s, it is an overly indulgent product entirely too typical of what we would expect from an entitled superstar without an honest advisor to tell him ‘no’.

‘Quick Hit’ Song: “Suit & Tie” – evokes Marvin Gaye, Al Green and others, with a mixture of a layered R&B groove and a modern dance beat, it simply doesn’t get any better than this song.

Would I recommend?: Definitely! If you are a fan of Justin Timberlake, you will find much to like … but if you don’t like ‘Suit & Tie’, I would skip the entire thing. Because as I say – it just doesn’t get any better on the album.