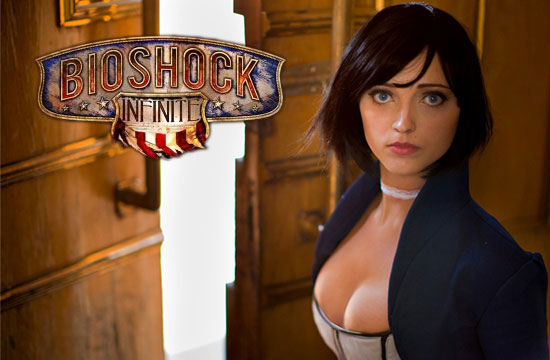 Bioshock Infinite features former Pinkerton agent Booker DeWitt, voiced by Troy Baker, must rescue the imprisoned Elizabeth, voiced by Courtnee Draper. Elizabeth can definitely hold her own in combat and pick locks while tossing Booker found supplies. Her biggest power is opening tears, which are inter-dimensional rifts in time and space.

The Artec Eva 3D scanner was used to create and to successfully bring to life Elizabeth, one of the main characters in Bioshock Infinite, for its internationally run television commercial. I recently discussed this project and other related works at Artec with Anna Zevelyov, the director of business development at Artec. 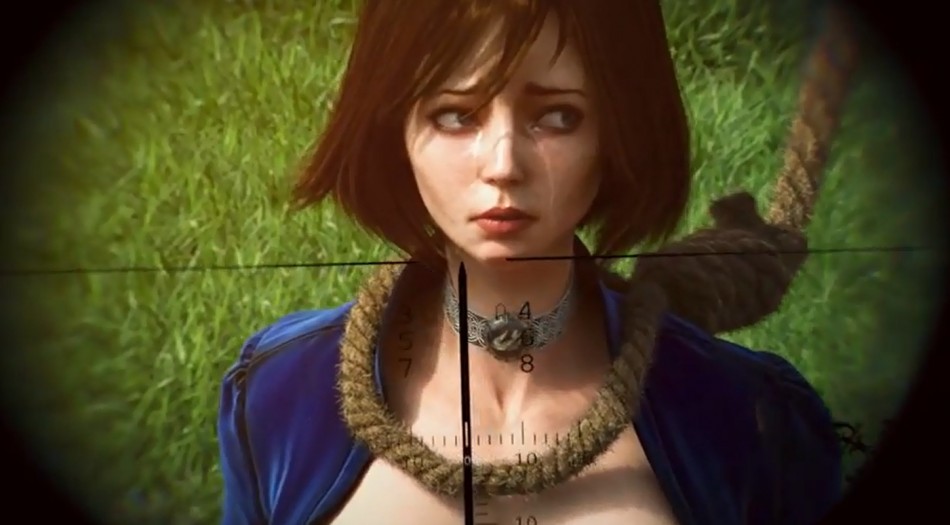 Anna: Artec Eva 3D scanner is our latest model 3D scanner. It has a high quality and does not require calibration or markers on the subject being scanned. The results really make color and texture stand out very well. It captures up to 16 frames per second and aligns the visual in real-time, so users see an end product quickly. The technology focuses on a grid on the object. The scanner reads the information on that grid in real-time. It took about 10 secs to get the initial face scan from the actress Anna Moleva, but we also wanted to capture different emotions. A typical 3D face scan took four hours for the shape and four hours for the color versus a few minutes now. The video frame rate (up to 16 fps) and range (0.4 – 1 m) was ideal for capture and producing the character. The whole process of scanning and processing took one hour and then the 3D data was used in creating the official commercial of the game.

Gear Diary: How do you explain basic concept of 3D to other people outside Artec Inc.?

Anna: The technology has gotten part while the price has gotten more affordable. It started where the technology was about $200,000 to scan large industrial parts off the line like a plane component. Companies would compare the actual part coming off the line with the CAD model to get exact measurements. Only the big corporations could afford it at that time, but the further the technology goes, the more the use it gets. Prices would go to $100,000 then $15,000. Now doctor’s offices and freelance designers can get 3D technology.

Gear Diary: How has Artec used 3D technology for clients and various customers?

Anna: In industry for quality control, reverse engineering, and CNC manufacturing. We also feature Viewshape for Windows and iPhone with no need for special software. Users can also get a 15-day free trial version of Artec Studio 9.1. We also have a great new high-resolution scanner called the Artec Spider, which is ideal for small industrial parts/CAD users in prototyping and manufacturing. This camera has many “eyes” like a real spider.

Human body scanning is much better now. Previous methods involved too many issues like the subject moving too much, which hurt the accuracy because the plaster process took too much time. 3D technology now allows us to custom fit products instead of shipping molds away then waiting for the parts to be fabricated. In art field we encounter several projects in design, heritage preservation, virtual museums, and movies. We have several projects where archeologists need to catalog what they find. Legal office also can store 3D images to save for later use in cases. We also had to scan a horse to make a custom saddle for an Olympian. We are also scan bodies for special space suits in Russia for another special high-profile project.

Gear Diary: Where do you see 3D technology in the future?

Anna: Getting a 3D camera into phone/tablet. There are always new ways to use technology. We feature utilization of the Kinect Microsoft 3D scanner on our website to teach people the application (using PC software). I foresee the 3D technology meeting somewhere in the middle between Kinect and high-end technology cameras/scanners.