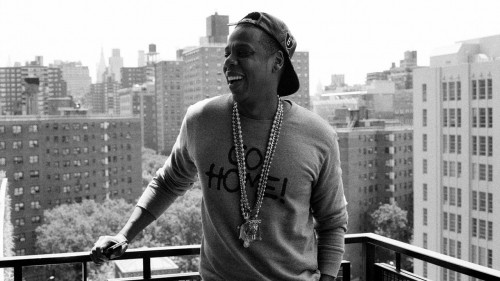 In the rap and hip-hop world, few artists loom as large as Jay-Z. Emerging in 1996 with a blockbuster debut that was as successful critically as it was commercially, he seemed to fade for a few years before emerging with the excellent ‘The Blueprint’. Then some more mediocre minor releases before what he claimed would be his last release, 2003’s ‘The Black Album’. Since then he has worked more as a producer and executive developing new artists than as an artist himself. That all changes on July 4th with the release of “Magna Carta Holy Grail”. But this one has a twist that makes it even more interesting – read on to find out more!

There is plenty of anticipation and hype based on the collaborations with Pharell, Rick Rubin, Swizz Beats and Timbaland among others, not to mention that this is a new Jay-Z album! But Samsung has decided to make a move that will get the album into loads of hands …

JAY Z’s new album “Magna Carta Holy Grail” comes to Samsung Galaxy fans first. Be among the first million to download the app on June 24th and get the album free July 4th, three days before the rest of the world. Learn more: http://magnacartaholygrail.com

In other words, Samsung has paid $5 million (a reported $5 per album) to secure 1 million copies of the album, and is giving those away through an app specifically made for the Samsung Galaxy SIII, S4 or Note II. I am assuming it will be compatibility locked through the Google Play store.

There are two question many folks are asking:
– What is in it for Samsung? Well, my assumption is that they want two things: to push more phones, and to push their own music service. In terms of phones, assuming even $100 profit per phone, it would only take them 50,000 extra phones to earn this back. For most handset manufacturers this would be a hardship … but for Samsung and Apple, it would be small change.

As for the music service, Samsung has a ‘music hub’, a crappy music player for Android, and is reportedly in talks for a streaming music service. It is a fair assumption that this move is meant to push all of those. As I have repeatedly said, Samsung’s interest in Android is only as a vehicle to get rid of the need for Google as quickly as possible. They want it all … and are doing a great job getting it!

– How does this reflect on Billboard chart listings? This is one most people really don’t care about, and I’m not sure why I do. The rules around ‘album sales’ changed after Lady Gaga gave away her album on Amazon.com for $0.99 in order to produce a massive week-one sales volume and ensure #1 chart position. That is an all-important ranking in the current environment – a major pop star failing to hit #1 is seen as a flop. However, it is entirely possible that the $5 per album Samsung paid could qualify the 1 million sales as ‘real’ sales, and therefore be counted towards first-week volume, which could easily make Jay-Z’s album the top-selling first week of all time. I am personally hoping the 1 million are excluded, because otherwise we will see more and more gimmicks employed to ‘game the system’.

My son is a big Jay-Z fan, so you can be sure I will be trying to grab this app on the 24th. Given there are at least 50 million of the qualified phones, that means I have at least a 2% shot at getting in, depending on now many non-qualified people find a way to trick the system.

What about you? Do you have any interest in this? Do you think it will succeed? Let us know!