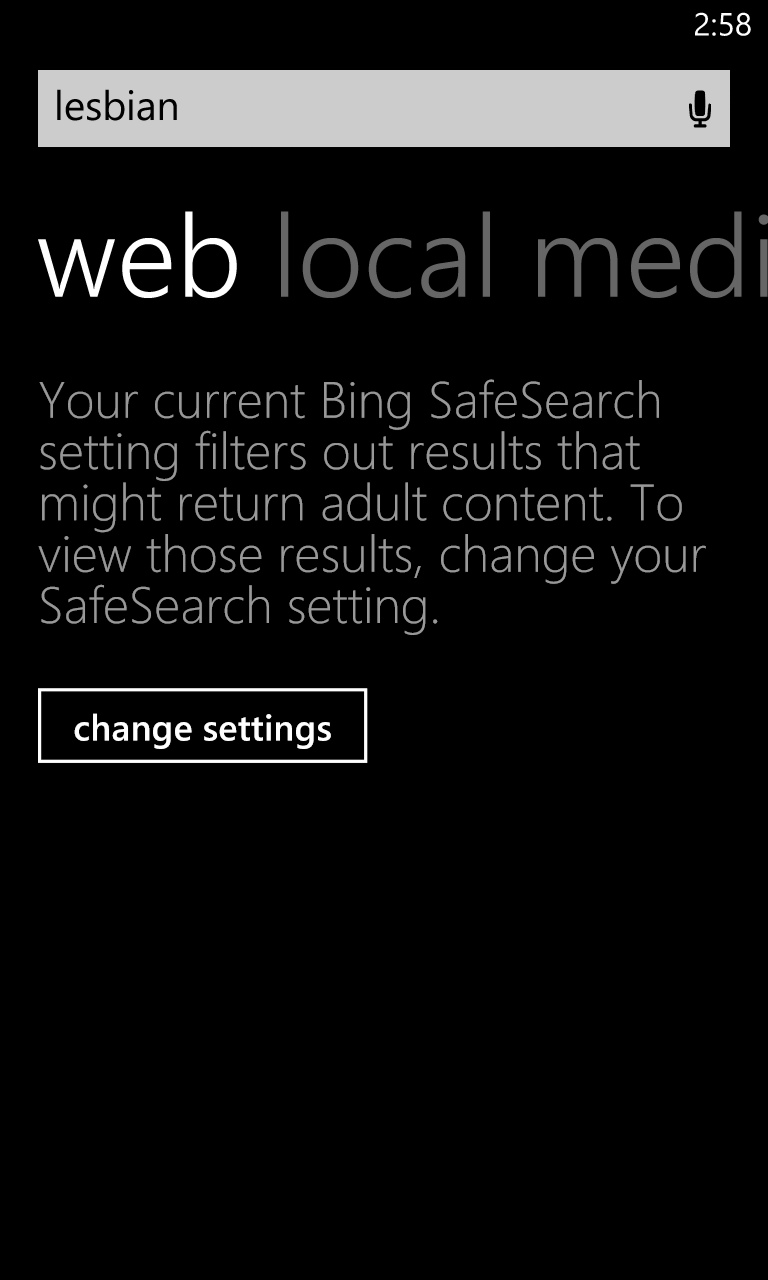 Sarah and I were chatting this morning about parenting books, and we wondered what resources were out there for lesbian moms. So I pulled out my trusty Lumia, hit the search key, and typed in “Lesbian mom blogs”. Imagine my surprise when Bing informed me that “Your current Bing SafeSearch filters out results that might return adult content.” I had no idea same-sex moms were so risqué! So I set out to test the Bing SafeSearch filter (on moderate, FYI), and the results were shocking.

Read on to find out more!

(NOTE: All the images in this post were from searches done with the default “moderate” SafeSearch setting.) 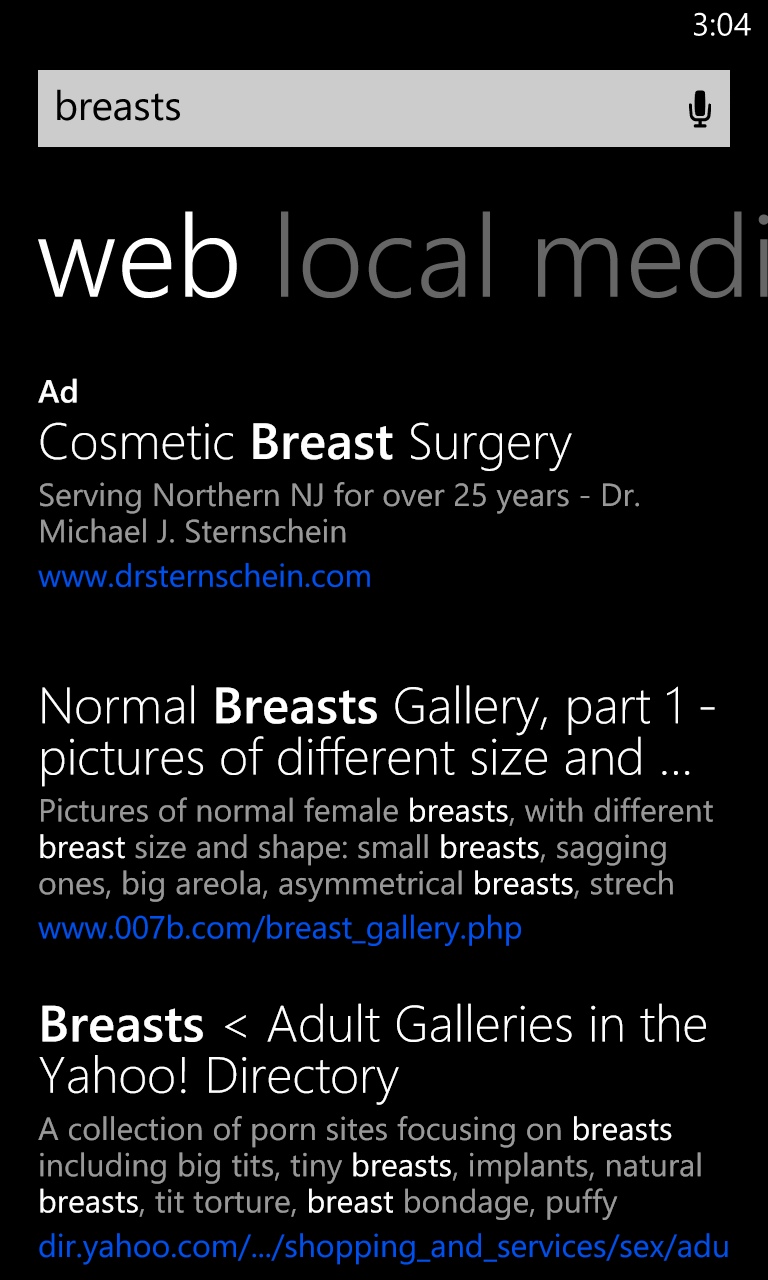 In case you were wondering, the problematic keyword was “lesbian”, as just typing that into Bing returns the same chastising message about adult content. The word “gay” is totally fine, even though one of the top links is for gay.com, which references sex right in the web description. Also acceptable? “Breasts”, even though the second link is for a porn site. “Fifty Shades of Grey” is also acceptable, as are “Drag queen”, “transgender” and the medical term for the female anatomy. Finally, “slash fiction” is acceptable, so stories about same-sex fictional couples are fine, as long as they aren’t lesbians. Weirdest of all: the slang word “dyke” is acceptable, even though that’s often used in a pejorative context, as is “faggot”, which is a very loaded term with many negative connotations. Also, references to drugs — like bong, cocaine, and pot — are all fine, as are searches for fake IDs. 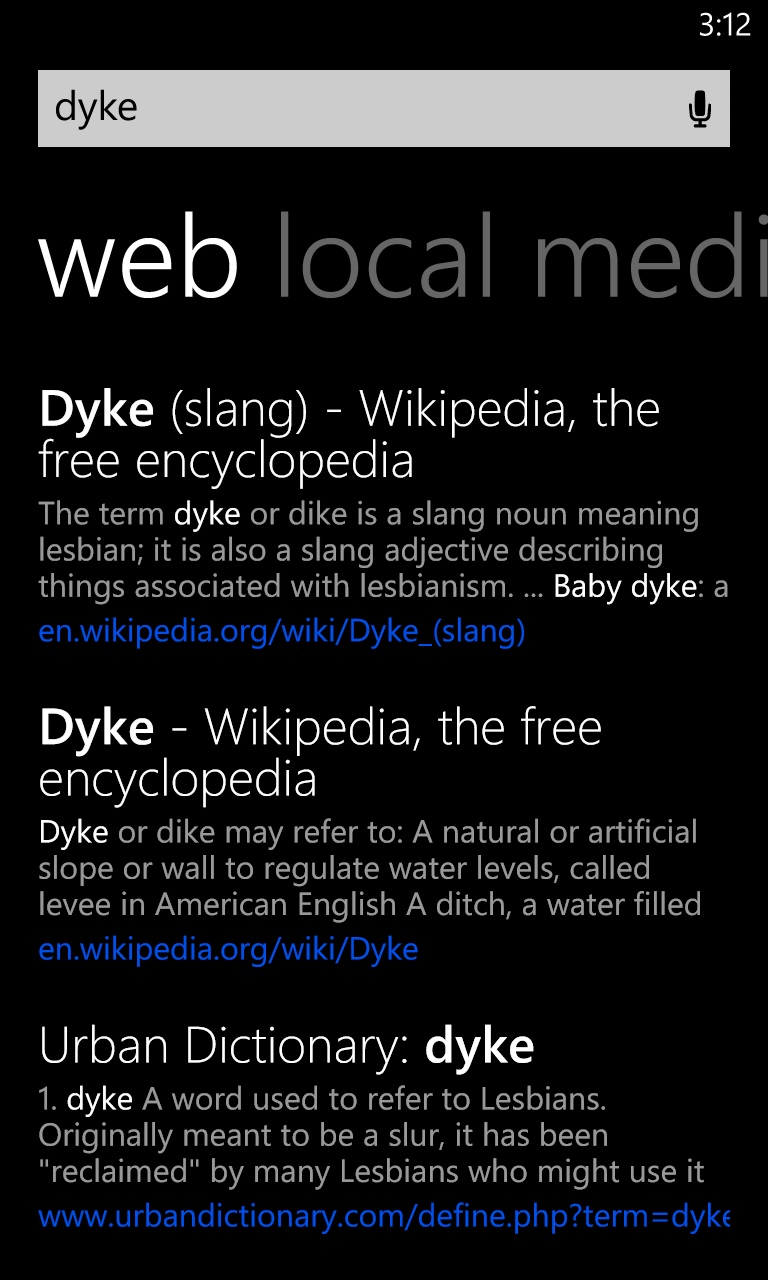 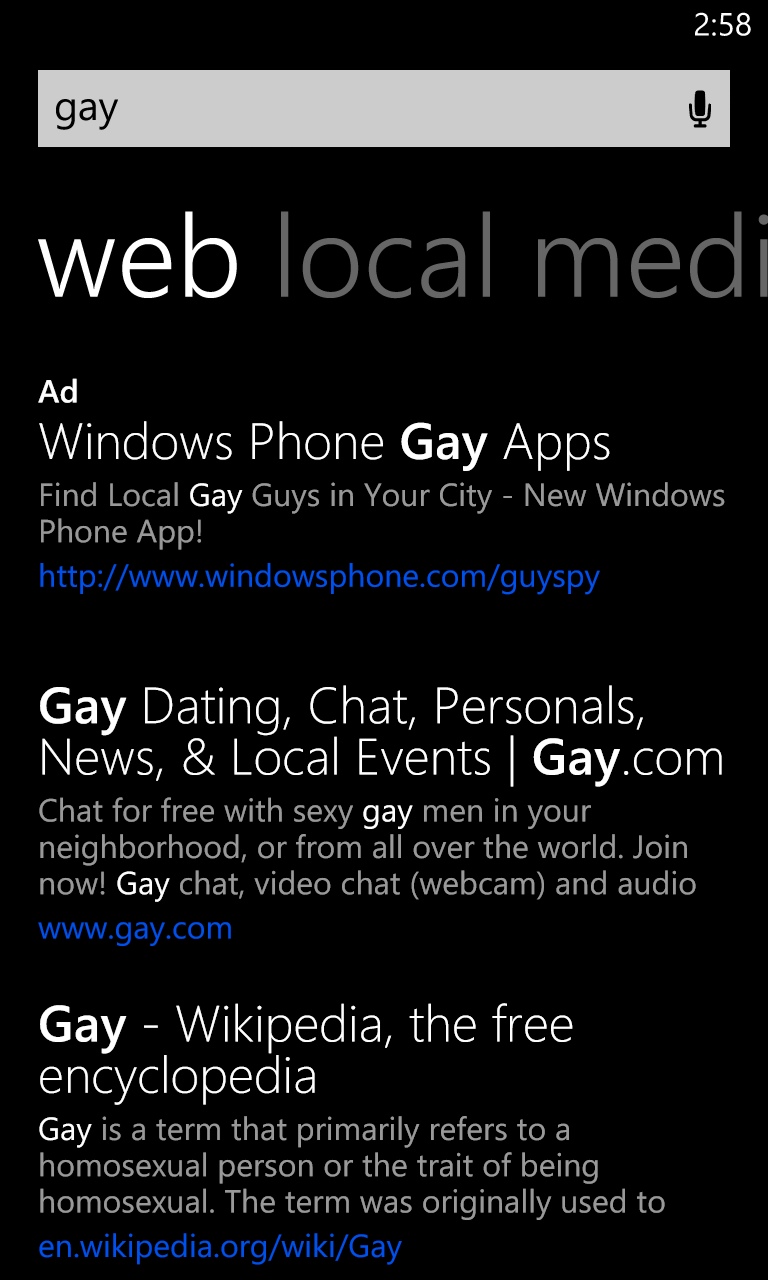 My point is that the filter for Bing search is horrifically broken.

Pornographic and offensive sites slip through with ease, while legitimate sites are blocked by an arbitrary flagging of words that can be considered totally innocent. It is embarrassing and offensive that in 2013 words like “faggot” are ok, but “lesbian” is verboten. Heck, in 1999 I used to troll AOL keywords for gay and lesbian resources, and their filters managed to find my answers without returning pornography. It’s insane that 14 years later in the same situation, I would have been out of luck with Bing search.

If Microsoft wants Bing to be a serious player in search, they need to take a long, hard look at their “SafeSearch” algorithm and fix it ASAP. Their current returned results come across as incompetence at best and at worst, homophobia; either way it needs to change!