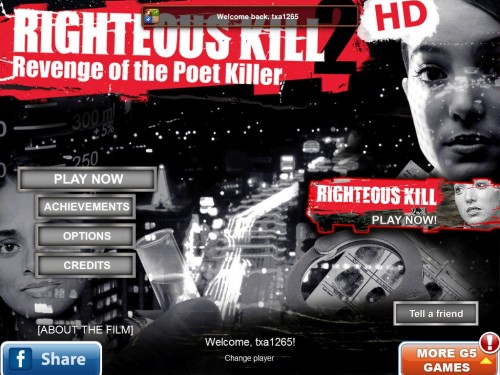 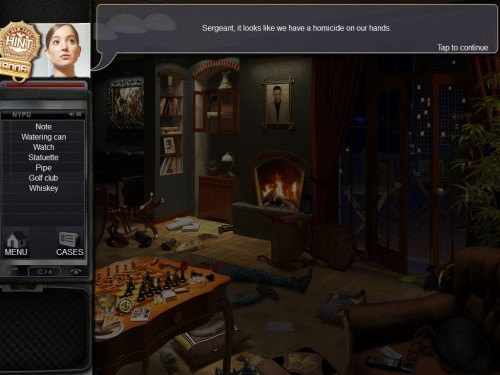 I have to confess to not being a huge fan of the original Righteous Kill – it was OK to play, but it was too generic and average to leave much of an impression. And in many ways the sequel fallows the same path, so I was concerned that I wouldn’t like this game either.

But from the very start the game pulls you in with murder after murder, and police intrigue as well. You will barely start to collect one set of clues when you are onto the next scene. Each area has a number of items to find – sometimes you need to find an item like a key or crowbar to advance the plot and help you find new items.

The original game had some cool items such as a fingerprint kit to help you find clues; the sequel enhances those and adds new items like a cotton swab to check for blood, and a flashlight to see into poorly lit areas. These work well together with the way the story is laid out to make it a more engaging experience.

There are puzzles scattered throughout, and they present an adequate challenge to keep things moving. There are things like dusting for fingerprints on different materials and needing to match the correct dust to the material. 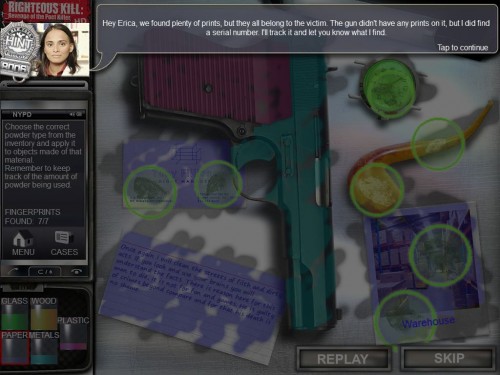 The big thing for me was when I thought I must be getting close to the end and discovered I was less than half-way through! The sequel is much longer than the original and with a better plot and more time for character development it makes for a much more satisfying experience. My only criticism is that similar to the original, after a while you feel like you’re searching for the same things again and again. It isn’t enough to be really annoying, but for a game that is longer than most genre titles, it feels a bit like they padded it out.

Ease of use/Overall performance: If you are familiar with hidden object games Righteous Kill 2 HD will feel natural to play; it is neither harder nor easier than other games, and really does nothing to extend or expand the genre. That said, if you enjoy hidden object games and procedural crime dramas, Righteous Kill 2 is a long game that offers several hours of moderately challenging fun.

Would use again/recommend?: Definitely! As mentioned, in spite of being very much a standard genre game, it is fun and much better than the original. It is not my favorite game in the genre, but it adds breadth to the choices available, and the story and length of the game makes it a decent choice to pick up and spend a weekend working through!