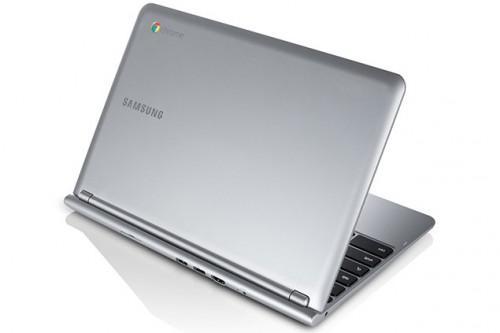 Last week I said that I was going ‘all in’ with the Samsung Chromebook, even though I was already aware of a few limitations. There were limitations when I tried the same thing for the iPad and Android tablets and I persevered, so I plowed forward! Unfortunately some of the issues were fairly significant and fragmented my computing time badly!

Setting up a Chromebook is as simple as logging into a web browser. And since I used Chrome almost as much as Safari, I have a full set of bookmarks all ready to go. Spending just a little time with the Chromebook is a reminder of just how much we do online through a web browser or web apps.

One of the things that makes Chrome OS more useful is the ability to get web apps from the Chrome Store. For example, Pixlr Editor is a powerful image editor for Chrome. And you can get GMail offline, and so on.

Here are several of the challenges and how I dealt with them:

As a result of this I have suspended my Chromebook challenge as a total failure! Because the reality is you absolutely need a network connection for the Chromebook to be usable.

But – I have not written off the Chromebook. This weekend my older son used it to complete a large paper for his upcoming Advanced Placement class in US history and literature (yes, summer pre-work!) – he was able to spread out his books, papers and notes and have the small laptop open all day as he typed without worrying about the battery.

And my wife has taken it over because her now 5 year old SOny Vaio has started acting flaky – and the Chromebook paired with her iPhone meets her needs. And since switching users is so simple and quick, we all have user accounts!

So … until the new iPad arrives I am back with my iPad Mini and my normal workflow. My impression of the Chromebooks is actually quite positive – it just isn’t the right tool for me.