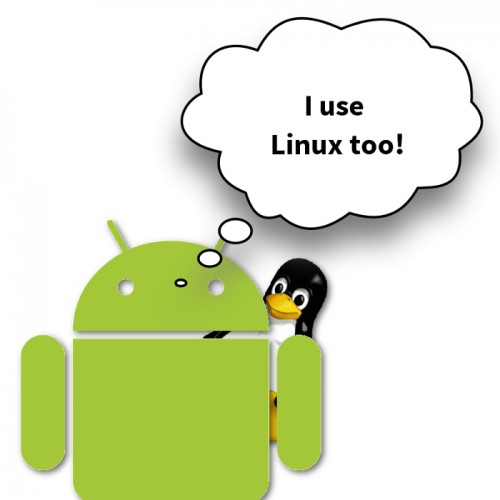 In the Linux community, the term “Year of the Linux Desktop” has been bandied about for over 12 years. See, I use Linux every day and I bet you do too. This is especially true if you carry an Android device. Yes Android uses the Linux and is in the hands of millions. The year of the Linux desktop is here.

Android was started in 2003 by Andy Rubin as Android Inc. Originally Android was being developed to run on cameras but they quickly realized that would be a limited market. So they started developing it for Smartphones. Money was tight when Android was a small start-up and if it wasn’t for Google purchasing them in 2004, we would not have Android today.

The core of Android uses the Linux kernel.  A kernel is the very core of an operating system.  Windows and Mac OS X both have kernels as well.  The kernel is how the operating system talks to the hardware and makes the device do what you want it to do. Without this, Android would not be able to function.  Andy Rubin’s team probably chose the Linux kernel because it has a license that allows them to do what they’ve done.

Now just running the Linux kernel isn’t enough for a functioning phone. You need to have many other programs running on top of the kernel to give Android a graphical interface, apps to dial the phone, a browser and more. On Android, the main layer that runs most of this is something called the Dalvik VM. Dalvik is similar to Java, but as an Android user you generally don’t care about that. You care about the rest.  The apps that Google has added to the top of it and of course all the apps you can get on the Play Market.  All of this would not be possible if it were not for Linux. Many of these apps themselves are open source under the Android Open Source Project.

So if you are an Android user, you are also a Linux user. Count yourself among the millions of other Linux users out there.

I hope you enjoyed this as I am planning on revealing many more devices out there that run Linux. Even if you don’t run Android, you probably have used at least one device directly or indirectly that runs my favorite kernel and my hope is that by sharing this is that you might take a second look at running Linux on your own laptop or desktop. Ok, that may not happen, but I do want you to know that you owe a lot of thanks to the hard work of Linux developers everywhere. Without them, your Android smartphone and many other devices may not exist today.