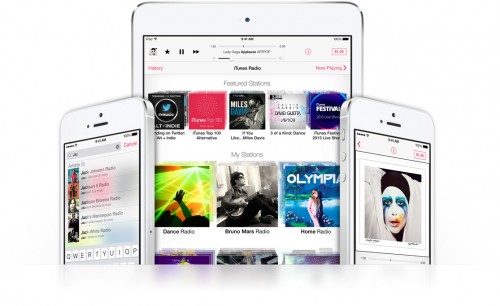 Along with a rather anemic product announcement keynote, Tim Cook reiterated the upcoming release of iOS 7, and with it iTunes Radio. While some have called Apple ‘late to market’ with iTunes Radio, I would say they are launching at the perfect time. Some of the reasons include the established user base of iTunes, and profit struggles of streaming services.

Here are ten reasons to get excited for iTunes Radio:

Think about it: better integration, massive library, loads of music information from hundreds of millions of customers – it all adds up to Apple making a huge impact on streaming music.

By now I’m sure you think I sound like an Apple Fanboy … but like anything else there are always drawbacks. So here are five reasons to be wary of iTunes Radio.

So what do you think? Will iTunes Radio be a rampant success, or another streaming product that fades away like Ping and Mobile Me?