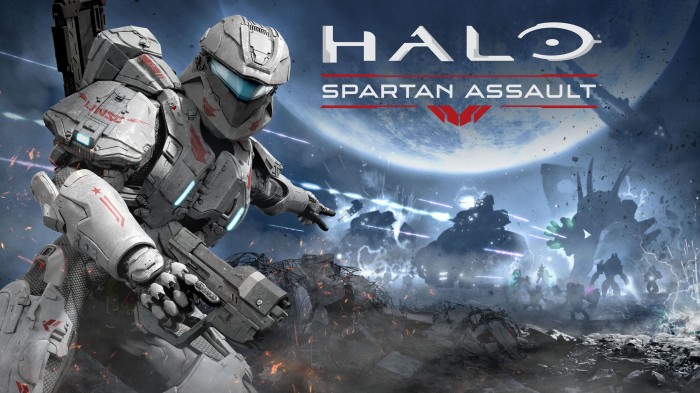 343 Industries and Vanguard Games have developed a special Christmas Eve present for Xbox One owners – Halo: Spartan Assault. This surprise release will be the first appearance from this popular game series on the Xbox One. Previously released on PC, this third-person shooter features a “top-down” perspective, 25 single player missions, five “Operation Hydra” missions, additional content, and achievements.

Halo: Spartan Assault will cost approximately $15.00 and will also release in January 2014 on the Xbox 360 (not this month as previously announced).

Halo: Spartan Assault is an original story set between the events of Halo 3 and Halo 4. Players control the human soldiers Edward Davis and rising Commander Sarah Palmer as they fight the alien Covenant and a new enemy called the Flood. Graphics for this game will run natively at 1080p resolution and 60 frames per second.