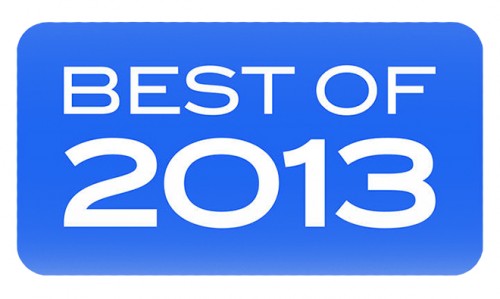 This week Apple released the ‘best of 2013’ list, which had what they called ‘the best’ apps in different categories. But the list also had the top paid and free iPhone and iPad games and apps, and the results are not surprising, but tell us much about the trends in the gaming audience on mobile devices.

I won’t repeat the entire list, you can check it out here.

At the risk of spoiling my own point, can you guess what the Top 10 Grossing (i.e. the 10 apps that made the most money) apps for 2013 on iPhone and iPad had in common? Hint: it is the price.

But here is the bottom line: if you charged people up front to play your game, you likely found yourself on the ‘Loser List’ (no, Apple doesn’t actually have one of those). Basically, with each passing quarter more and more money is getting channeled into freemium games, and as a result the traditional ‘pay for games’ model is threatened because it keeps getting harder to make money.

In terms of the impact of freemium, Cult of Mac looked at the revenue distribution, and here is what they said:

Just wrap your head around that for a moment – 92% of MONEY went to apps that are FREE! It has been widely reported that in countries outside of the US the freemium market is more agressive, and you are actually required to pay to finish most games – and in most markets the pricing is more aggressive (i.e. higher).

So for those paying $0.99 for a bag of crystals to not have to grind your way through whatever challenge in some random game – you have it lucky.

Here are the top grossing apps from the iTunes App Store, mostly the same for iPhone and iPad.

So what does this say about gamers?
– That we really HAVE completed the ‘Race to the Bottom’, and that bottom is free.
– Gamers will pay MUCH more for a ‘free’ game than they would ever would have paid for the game itself.
– That as feared gamers are unwilling to pay an amount of money that makes large scale development sustainable on a general basis.
– However, since we also saw the ‘X-Com’ port win ‘Game of the Year’ for iPad and do very well in sales – starting at $19.99 – we know gamers are willing to pay for quality.

In the end what we have is a tricky situation for developers and publishers. The traditional model of charging for a game – even $0.99 – will scare away a significant portion of consumers. Yet inclusion of in-app purchases as a continuing model of revenue generation has a definite warping effect on gameplay and the challenge/reward system of the game. In other words – in-app purchases makes it a different game!

Fortunately there ARE games for ‘traditional gamers’ being made. The Shadow Sun was just released, and hopefully Baldur’s Gate II Enhanced Edition will make it before the holiday cutoff, each of these are $9.99 games with limited in-app purchases. Spiderweb SOftware saw more success on their iPad version than on the Mac or PC releases of Avadon, and as a result priced Avadon 2 at $9.99 for Mac & PC with iPad version coming after the first of the year.

Do you play freemium games? What is the most you have paid in-app to buy things?