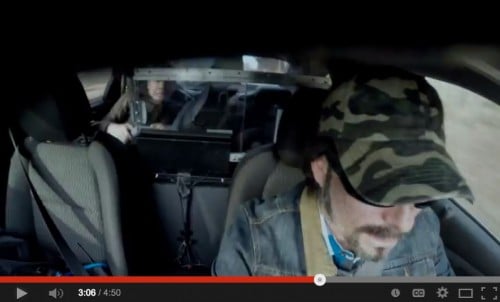 Remember that crazy funny video featuring Jeff Gordon pretending to take an unsuspecting used car driver on a wild ride? For a little while some people thought it was real but it turned out to be a viral ad for Pepsi Max. One journalist in particular – Travis Okulskiski of Jalopnik – was particularly doubtful that the original was genuine.

For an encore the folks at Pepsi Max decided to setup Travis with the ruse that he would be flying out to North Carolina to get an early sneak peak at the Chevy Corvette Z06.

From there you might imagine the rest. Enter Nascar driver Jeff Gordon cleverly disguised as a tattooed cabbie with a 10 year prison history and a short police chase culminating in the grand reveal that everything was a prank.

The reaction of Travis seems genuine. Check out the YouTube below. And read his write-up about the experience.