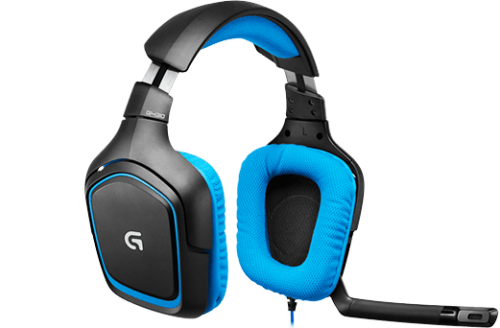 Consider yourself warned: Logitech has a highly qualified contender in the budget gaming headset arena with the Logitech G430 Surround Sound Gaming Headset. This 7.1 surround sound-wielding headset uses Advanced Dolby Technology to pump out music and effects that makes it sound like you’re inside the game. It also sports a folding noise-cancelling microphone. The G430 is priced at $79.99. 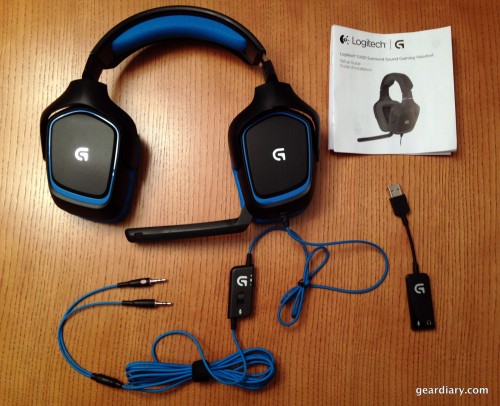 Everything that’s included in the retail package.

The headset itself is very light, weighing in at 9.3oz, so that you’ll be able to wear them for a long time before your head starts to feel the weight. The electric blue earcups and cushion on top of the headband are made of a cushioned “performance cloth” that is made for long-term use and won’t be affected if your game session causes some perspiration. Past models used fake leather, which just doesn’t feel good when it gets wet. The earcups themselves also fold flat so that you can store the headphones flat with less possibility of damage. Another nice feature of the earcups is that they’re removable for cleaning. 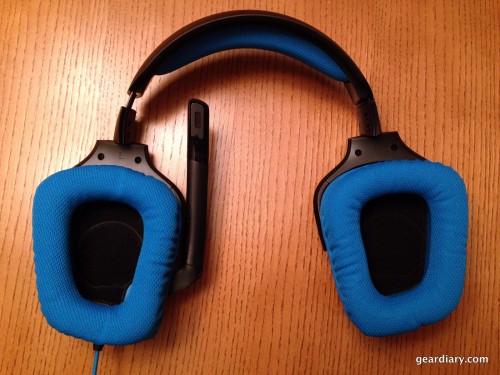 A view of the Logitech G430 earcups. 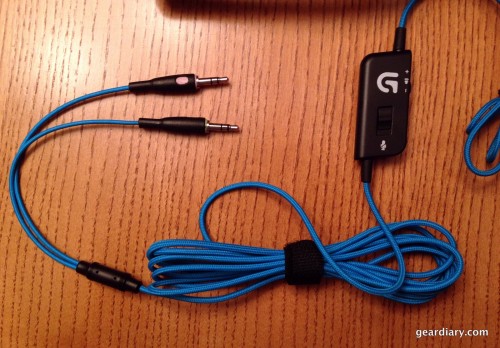 At the end of the electric blue cord, it splits into two 3.5mm connectors; one for the audio, and one for the microphone. The G430 comes with a very handy adapter that combines the two 3.5mm connectors into one USB cord that you can quickly and easily plug into your computer. Your PC will of course have to install the driver hardware, but that’s quick, easy, and automatic. Speaking of cables, the G430 has inline controls, which has a dial to control the speaker volume as well as a switch to mute and unmute the microphone. This is dissimilar to the higher-end Logitech gaming headphones, which have these controls on the headset itself.

In order to use the 7.1 Dolby surround sound, you’ll need to install Logitech’s gaming software from their website. As soon as I installed the software and plugged the USB cable into my PC, everything worked quickly and easily. I was even able to test the 7.1 surround sound in the Logitech software, which sounded very impressive.

In addition to the Dolby sound test that comes with the Logitech software, I also tested the G430 while playing Bioshock: Infinite as well as Diablo III. In both games, I felt completely immersed in the game, hearing sound effects from multiple locations and hearing characters voices fade behind me as I ran by. The sound was excellent and the game experience was absolutely enhanced by my use of the G430. 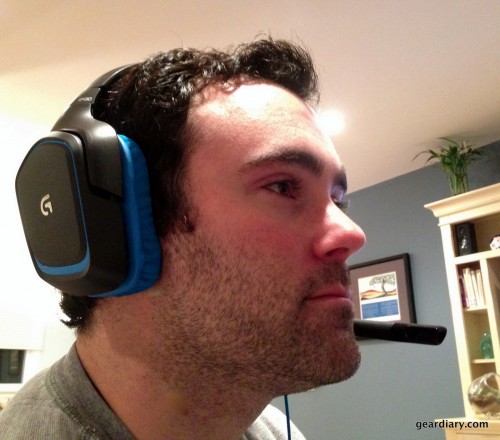 I also tested the sound on the headphones while playing music and my listening experience with the G430 was equally as impressive as my gaming experience. The bass came through deep and loud, while the highs were mixed crisp and beautifully. I have been extremely impressed in my time with the Logitech G430 gaming headset. 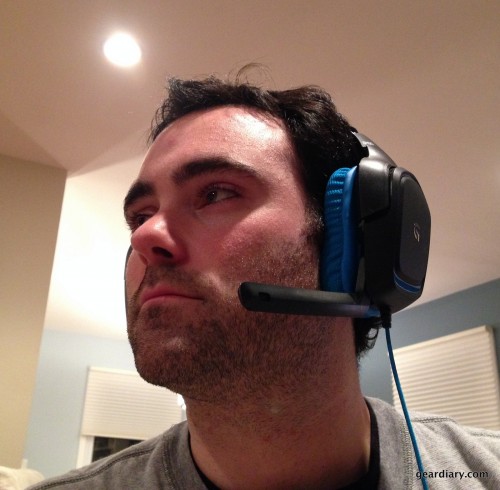 If you’re in the market for a set of gaming headphones that pump out beautiful surround sound, then I would strongly recommend the Logitech G430 surround sound gaming headset. Normally, I’d say that this headset is great, “for the price,” but in this case, I would be very surprised if the G430 don’t compete with the higher-end gaming headsets out there.

The Logitech G430 can be purchased from Amazon or Logitech.

What Needs Improvement:  Required installation of Logitech’s software for surround sound; It would be fantastic if the microphone muted when folded up.

Source:  The Logitech G430 was a manufacturer supplied review sample