The other day, Judie posted on Facebook that the 6.4″ Sony Xperia Ultra might replace both her Sony Xperia Z2 and her iPad Mini. I don’t see that happening for me, as the Z2 is so amazing. The Ultra is actually a great option from a financial perspective, but there are other reasons to consider it as well.

Judie: The tweet that I sent (it auto-forwarded to Facebook) was the result of over a week spent with the Z2 and Z Ultra working in tandem. At some point, I realized that I hadn’t used my iPad mini even once, and the more I used my Ultra, the more I wished I didn’t have to switch back and forth between it and the Z2. And then it occurred to me that I didn’t necessarily have to.

Dan: When you first look at the Sony Xperia Ultra, you would never think it could possibly replace the iPad Mini. After all, one is a small tablet while the other is a huge freaking phone. When you start using the Ultra however, you quickly discover that while the gorgeous screen may be significantly smaller than the one on the iPad mini there is very little you would do on the iPad that you cannot on the Ultra. Reading is a joy, editing photos is simple, browsing the web is a superb, and pictures are okay, although once you are used to the Z2’s pictures, the Ultra’s camera seems a bit disappointing.

Judie: Actually that was one of the things that caused me to hold back on using the Ultra as my phone; I love the pictures that the Z2 takes, and the Ultras are not quite as good. But as a tablet, the Ultra is nearly perfect; it’s light, extremely portable, and powerful.

Dan: But since the Ultra is a phone it can make calls too, and that is something the iPad mini can’t do! All in all there is a good argument that can be made for why there is parity between the two devices. 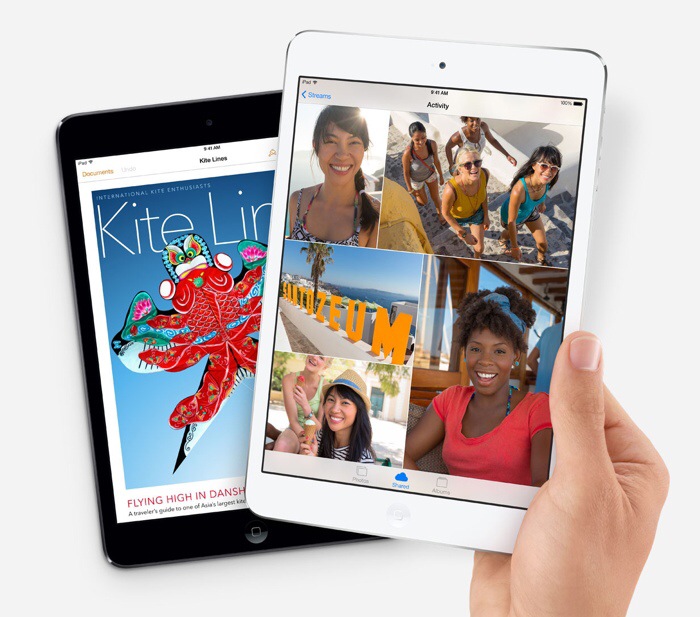 Dan: The Ultra is not a one-handed device. Despite the picture, the iPad Mini isn’t either. The Ultra is small and light enough to use anywhere, however. In addition, you can hold the Ultra for hours and hours without feeling a bit of fatigue. The Ultra also happens to be small enough that you can easily thumb type or used continuous touch typing as I am now. 🙂

Judie: I mainly use the Ultra as a two-handed device, but I have held in my left hand and steered a grocery cart with my right, ticking items off of my Evernote list as I shopped. It’s certainly manageable, even if it is a bit larger than any phone I’m used to. Come to think of it, the only time the Ultra seems too big is when I realize I can’t slip it into most of my pockets. I does slip perfectly into the back pocket on my handbag, though, so it’s not a pain to carry. I like that it is not good for one-handed use, because the extra size all but guarantees I won’t be tempted to text while driving — something that I was guilty of more often than I care to admit when using an iPhone. 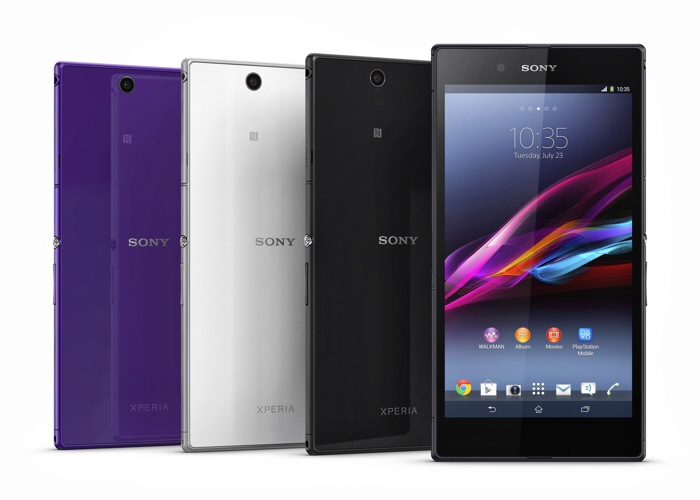 Dan: The argument between Android and iOS is something similar to the Coke vs Pepsi nonsense. Both have good points. Both have bad points. Both have their supporters. Both have their detractors. But only the Xperia and devices with current versions of Android offer offline voice to text transcription without time limits. That means you can accurately write by voice anywhere anytime. The iPad Mini needs an active data connection and limits the amount of time you can speak before you need to pause and let the device process things. Talk about breaking concentration and wrecking ones workflow.

Judie: Android has come so far that the only thing I miss from years spent using iOS devices are some of the core Apple items like iMessage and Photo Streams. None of these things are deal-breakers, though.

And finally there is the big one… Price

Dan: Yes, the price difference between these 2 devices is enough that it is worthy of consideration. Here’s how it breaks down.

If you purchase a new iPad Mini plus retina display it will cost you $399. If, on the other hand, you want to get an iPad Mini 4G it will cost you an additional $130. That brings the entry price to get a new iPad Mini with retina display to $529 dollars. And that’s only for a 16GB model. (If you want to save a few dollars, you certainly can purchase a refurbished iPad Mini, but that’s assuming you are okay with a refurbished model and they have one in stock.)

Let’s compare that to the Sony Xperia Ultra. 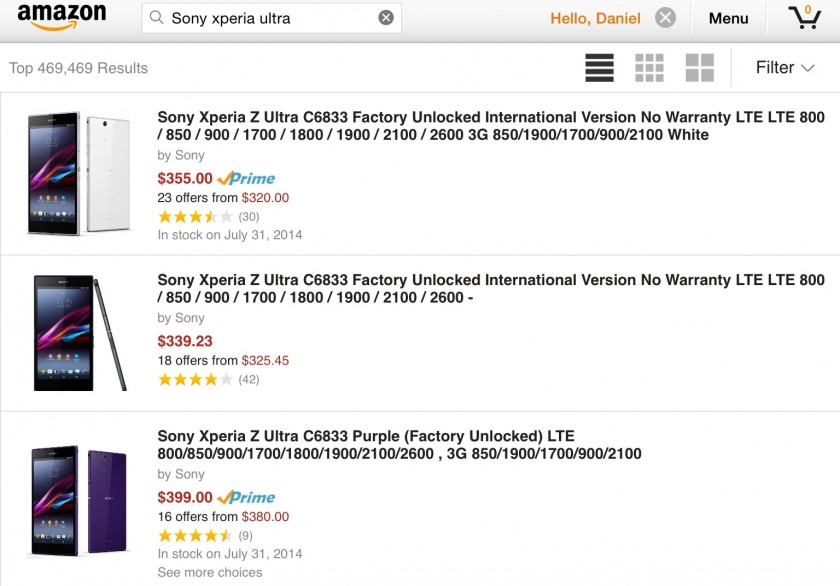 Dan: I paid just under $350 dollars for my Ultra. That’s a lower price than when it was initially released, but it’s right in the range of what is widely available on Amazon right now.

Judie: I paid $399 for mine, because I wanted it to match my purple Z2. I spent an additional ~$100 for a 128GB memory card, so a total of ~$500. Compare that to my AT&T 128GB iPad mini retina, which retails for $829(!!!). Unless you just aren’t comfortable without a bigger screen, it is hard to justify the price difference. (By the way, you can read Mitchell’s full review of the Sony Xperia Ultra here.)

Dan: The Ultra has a high-resolution screen because, unlike the iPad Mini there’s only one screen option available. And while this model only comes with 16 GB of storage that’s not an issue because it also has a microSD slot that can handle an additional 64GB [It works just fine with 128GB – Judie]. That brings the total available storage to 80GB [or rather, 144GB – Judie]. That’s going to be more than enough for almost all mobile users. Finally, because this device is also a phone it only comes, depending on the model, with 3G or 4G.

Judie: I’m on AT&T, and mine has perfect 4G service.  I have no idea if that would be the case with T-Mobile.

Dan: So you can get a 16GB iPad Mini with retina display and 4G for $529 or you can get a 16GB Sony Xperia Ultra with 4G and the option to use it as a phone for $350. Add a few dollars for an SD card and you can add up to 64GB of additional space. From me really a price comparison perspective there’s no comparison to be made your whatsoever.

Dan: Almost all of the arguments in favor of the Xperia Z Ultra could be made for the Samsung Galaxy Note 3. The Note 3 actually has an edge over the Ultra because it has a stylus. That means you can sit in meetings and take notes on it. You can’t do that as easily with the Ultra. The Note 3 however has a slightly smaller screen, and it doesn’t have the impressive build quality you get with both the Xperia or the iPad. More significantly for this post, it costs the same as the iPad Mini.

Judie: As much as I like the extras that Samsung adds to their devices, I still don’t like their build quality, so I would never choose one over a Sony or an iOS product.

Dan: If you live by iOS, then the iPad Mini will be your only option. If you live by Android, then the Sony Xperia Ultra is a nice way to get something smaller than a tablet but bigger than a phone. And if you don’t care about which platform you use, then you owe it to yourself to check out the Ultra. 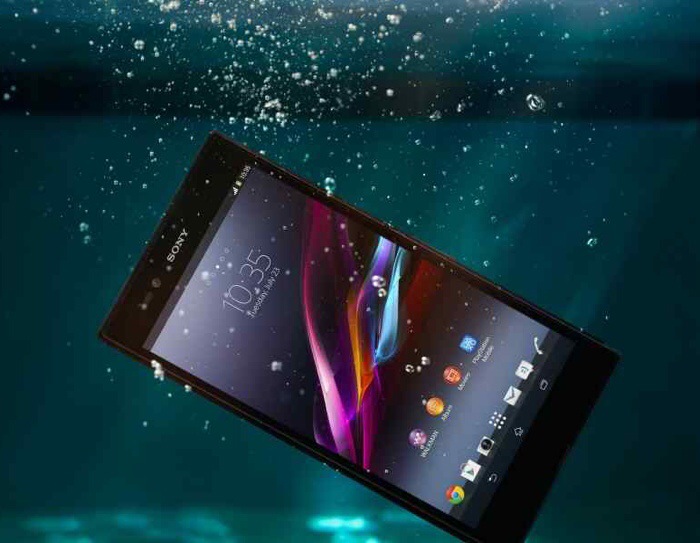 Oh, and the Sony Xperia Ultra? It’s waterproof! The iPad Mini? Not so much.