It has been nearly a year since I reviewed The Shadow Sun by Ossian Studios for iOS, calling it “the first original RPG on the App Store that isn’t a port or a pale imitation, and it is actually worth playing”. Now the game is available on Android and the price is $4.99 on both platforms! 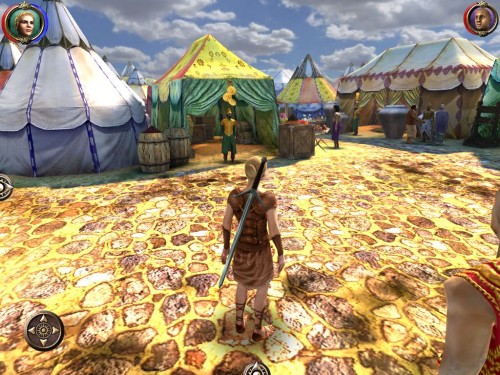 Here is the description from Ossian Studios:
• A 10-15 hour adventure
• Explore over 70 unique areas and uncover 200+ unique items, hidden secrets, and ancient treasures. A handy journal tracks your quests and a detailed codex notes new characters, places, and creatures you encounter.
• An original orchestral soundtrack and amazing soundscape will immerse you into this dark fantasy world.

TRUE ROLE-PLAYING
• Create your own character and customize their attributes and appearance.
• Choose from among 30 attacks, spells, and skills
• Solve quests in multiple ways
• Ally with one of four companions to adventure alongside you

* In-app purchases are purely optional! *
The 3 starter packs are optional DLC that have extra content and quests, none of which are required to enjoy the game. The in-depth hint guide also provides a full walkthrough and gameplay tips, along with details on companions, secrets, monsters, and other helpful information.

You can grab The Shadow Sun from Google Play now for just $4.99, which is a great price for this level of gaming and role-playing experience!

Ossian has also permanently cut the iOS version price to $4.99, so if you haven’t grabbed Shadow Sun yet for your iPhone or iPad, now is your chance to get it for a great price!