It’s hard to find anyone these days with a smartphone who doesn’t use it for navigation in the car. In order to do that safely, though, you need a solid car mount to keep your device at a viewable level. Today we’re looking at two phone mounts from Tackform, as well as a bike mount! 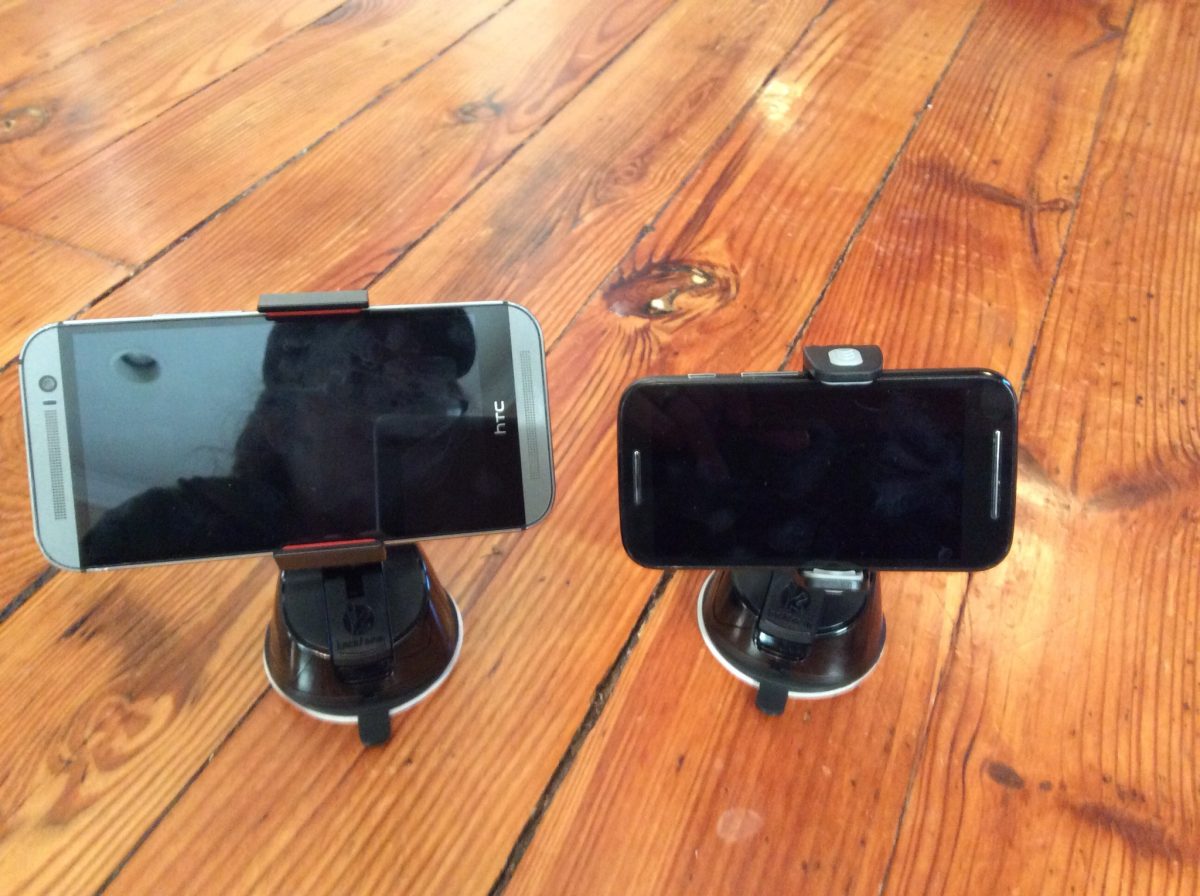 First up is the Ultra Grip Universal Phone Mount. This is a simple phone mount with a spring-loaded cradle that holds the phone tightly in place. Tackform says the cradle can accommodate phones with a width between 2in and 3.5in, and I found it fit my HTC One M8 just fine, as well as a much smaller Motorola E. Sarah’s iPhone 5C in a Lifeproof case can also snuggle tightly into the cradle.

To customize the fit, as well as keep you from getting your fingers pinched, the lower half of the cradle unscrews to accommodate various sized phones. This might be a bit tight for a phablet, but anything smaller should fit nicely. The base attaches by suction, and there’s a simple switch that lets you release and secure the suction cup to your windshield or dash. The arm moves up and down about 180 degrees, and the cradle can be moved 360 degrees, so you can easily read the phone no matter what angle you need it mounted. 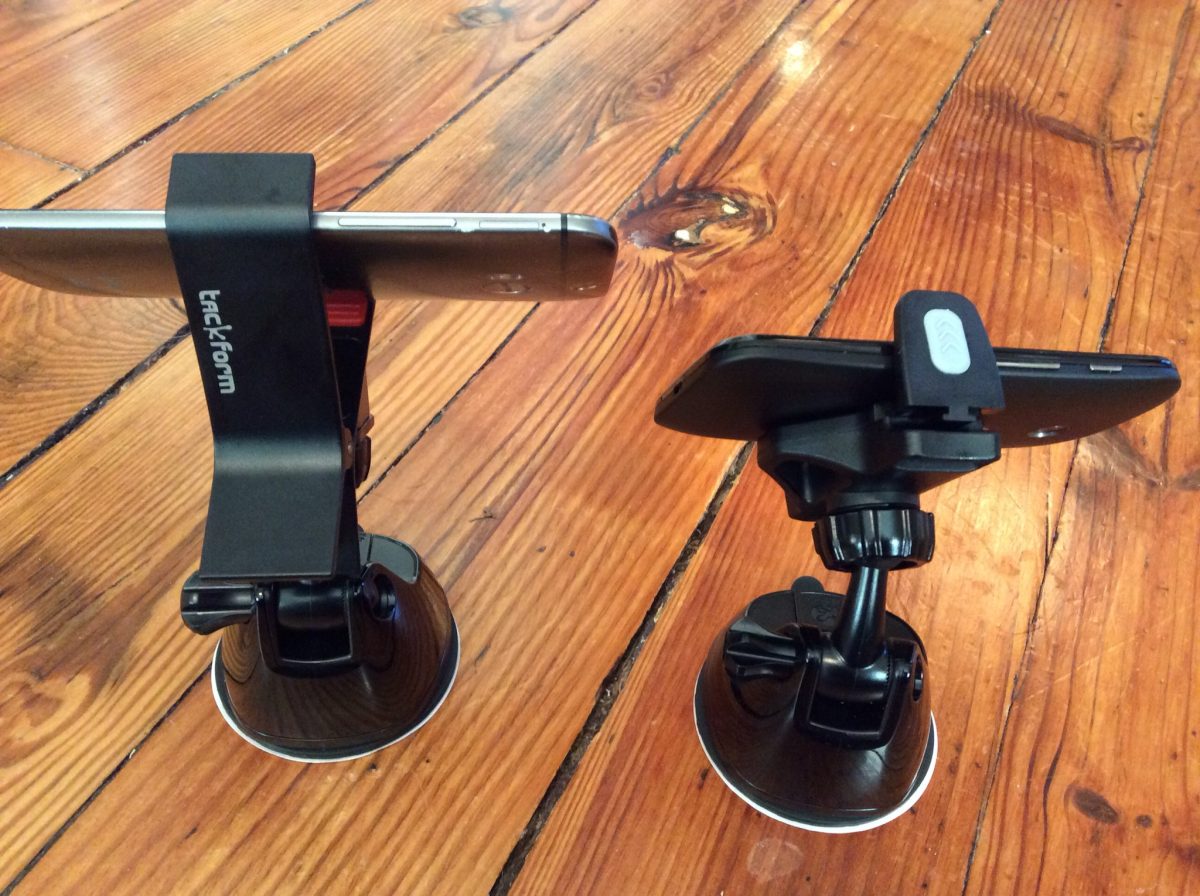 Then there’s the Steady Clip +, which features the same base mount as the Ultra Grip. So you get the same solid suction and arm movement, but instead of an adjustable cradle, this is almost like a giant chip clip that holds your phone in place. There are little rubber pads to give it grip and protect your phone, so you don’t have to fear scratches from the clip. The spring is also quite strong and secure, and it’s easy to fit a phone of any size in seconds. It makes the car mount bigger and a bit more unwieldy, but it’s by far the easiest mount to use if you’re using multiple phones of differing sizes, or if your phone size fluctuates with case choice. 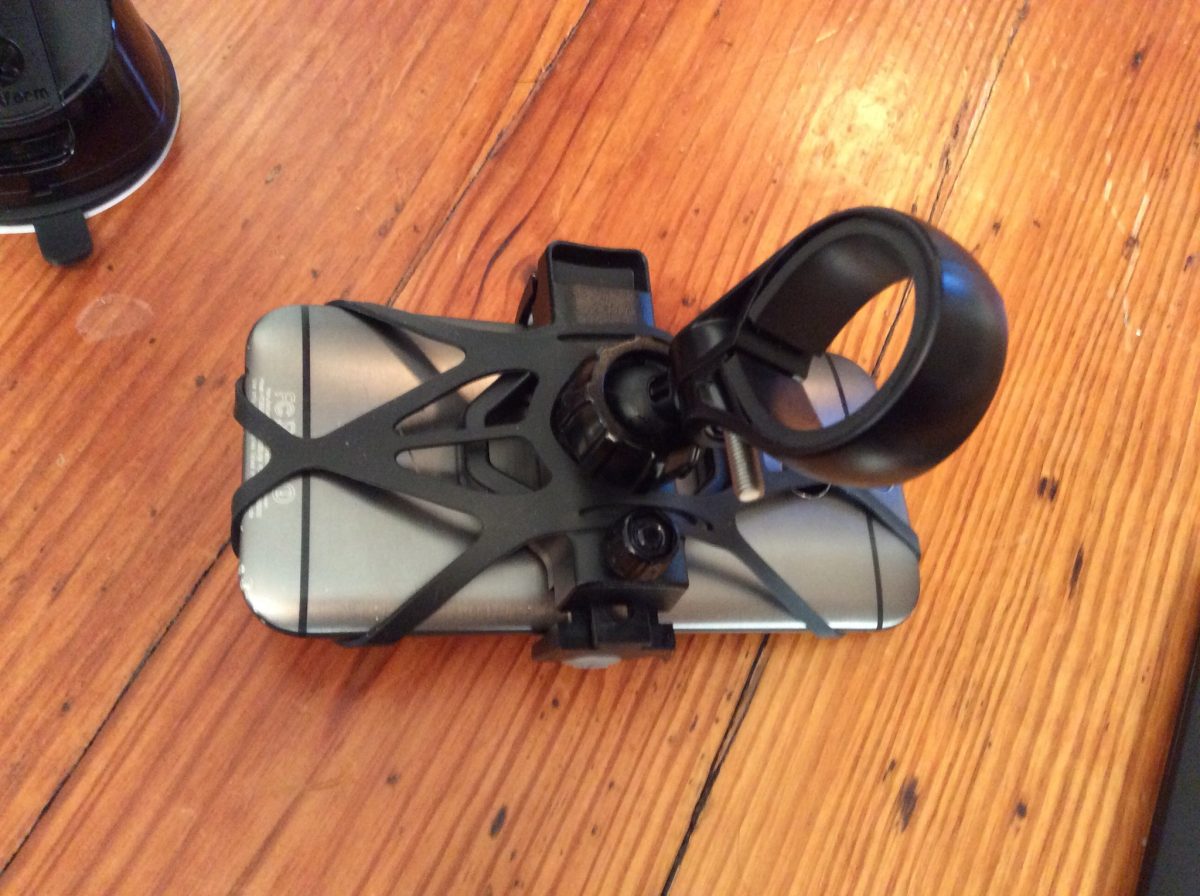 Finally, we also have the Freedom, a bike mount from Tackform that uses the same cradle as the Ultra Grip. It can be screwed around the handlebars of your bike (and comes with an Allen wrench to make this easier). In addition to the grip of the cradle itself, Tackform also attaches a silicone net to add some extra security and grip to the phone. This way if you hit a bump, your phone won’t go flying. The whole mount is light but solid, and it doesn’t seem like it would interfere with a bike ride at all.

All three Tackform phone mounts share excellent build quality, grippy and secure cradles, and easy to use mounting mechanisms. They’re affordable ($25 for the Freedom, and $30 for the Ultra Grip and Steady Clip +), solid, and they’ll help keep your phone accessible but safe on your chosen form of transport!