Fun fighting action from the Japanese action-RPG game series continues a strong showing here in the States as players get eight new characters and several new scenarios set in the fictional rural Japanese town of Inaba in the Persona 4 Arena Ultimax video game.

This direct sequel to 2012 game Persona 4 Arena that expands several character elements and features online (with exclusive online lobby system) and local gameplay for one to two players.

Persona refers to the soul power which “thrives on bonds you have with others”. Relationship connections create an amazing experience in several different scenarios. This great fighting game reflects special challenges of fighting the shadows and the antagonist element effecting society on a large-scale found in unique Persona 3 and Persona 4 RPG games. 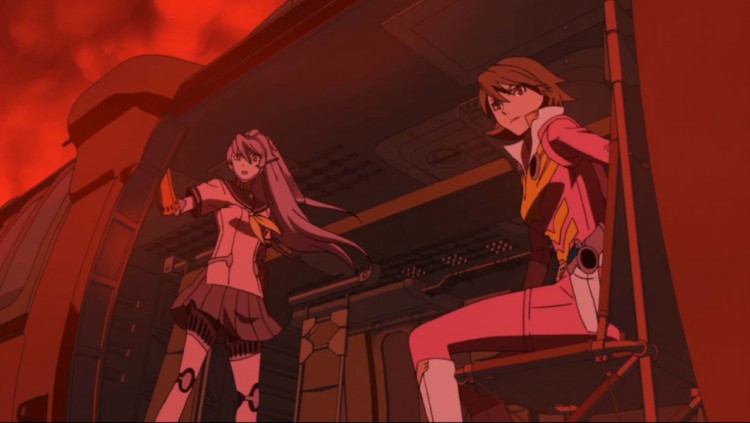 An Army of Shadows is attacking. Who could be the one behind it all? Named IGN’s Best Overall Fighting Game of 2012, and made an official selection of the Evolution Championship Series in 2013, Persona 4 Arena was a roaring success. Now, the ultimate tag team returns to present another super-heated battle! A collaboration between developers ATLUS and Arc System Works found resonance among the existing Persona/ATLUS fanbase and the hardcore fighting game community.

Persona 4 Arena Ultimax is the long-awaited sequel and a continuation of the story originally set forth in the award-winning RPG Persona 4. Bringing the series full circle and tying together the plots of Persona 3 and Persona 4, fans will enjoy controlling beautifully animated character sprites and experiencing top-notch quality, fully voices localization that brings the popular characters to life. 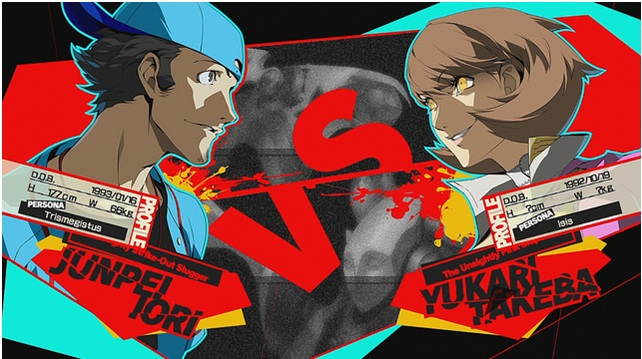 This fighting frenzy has a high replay value, but does not overwhelm players with poor navigations, wonky movements, or frustrating controls. Players can customize this smooth running Persona 4 Arena Ultimate (P4AU), which gives great benefits and considerations.

All downloadable content (DLC) for the original Persona 4 Arena transfers to P4AU. There are no region restrictions for online play (ensure updated to latest version). Players also get an auto-save option. This biggest consideration is the hard drive space required – only 2 MB. A perfect size since most players likely have had a PlayStation 3 for a while now. Cross play with the highly recommended Persona 4 Golden PS Vita game would have been great too, but developers still include a Golden Arena mode to compensate.

The manual is very important, especially for novices and players who waited until this version to get in this anime-style game series. This manual basically replaces a strategy guide and lists important information like character moves/leveling up and basic controls/actions.

Atlus and Arc System Works pack a lot into the main story mode where, as in the previous installment, the character cache draws from Persona 3 and Persona 4 action-role playing game (RPG).

Now players enter the P-1 Climax fighting tournament, which continues the story Persona 4’s ending as players fight a series of battles which must be won to save the world.

In P4AU, players get a resolution and continuation then more story that likely shape with upcoming Persona 5. 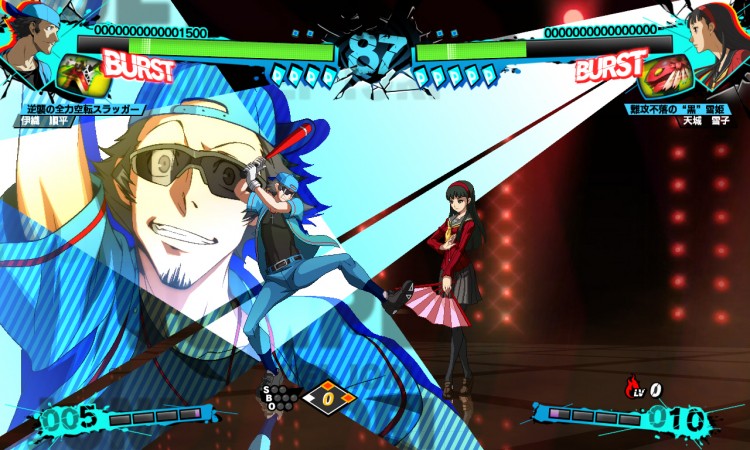 The characters are voiced well and new characters include Junpei Iori, Yukari Takeba, and Rise Kujikawa. The antagonistic Sho Minazuki (remember that name) is pretty formidable with dual katana weapons. Players begin by choosing a color palette for their character and persona or a preset for both then a navigator. 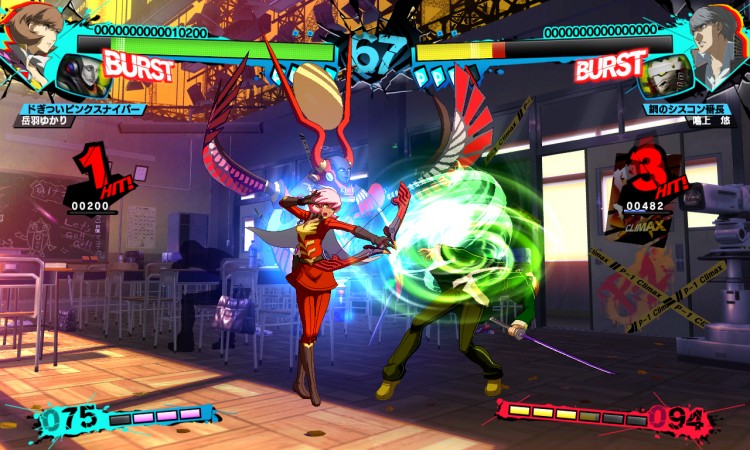 The main game modes are Arcade Mode, Score Attack Mode (five difficulty levels; PlayStation Network account required), and Golden Arena Mode, which lets players earn experience and customize their fighter with skills. And of course, P4AU features a robust set of local or online competitive multiplayer. Ranked matches are set up according to a player’s current grade with colors that reflect strength (red is strongest and light blue is weakest).

Players have a now familiar risk-versus-reward spin on the smooth, colorful fighting action. The training and in-game tutorial are outstanding and specifically accommodate new players who would otherwise get overwhelmed easily.

The challenging bosses can be defeated, but the trial and error technique makes your progress a bit slower. All the customization, characters, combinations, and fighting abilities increase the replay value considerably. Every presented element is used very well while the action is enhanced with a memorable music score.

Like the RPG root game, P4AU is still a high level relationship based experience where veterans will definitely get more entertainment from the game than newbees. Also available on Xbox 360. P4AU also has extensive downloadable content (DLC). DLC characters include Adachi, Marie, and Margaret plus the original story and many other items. Launch copies included the inflatable Teddie Bop Bag and Set #1 of the Persona Tarot Cards while supplies last.

What Needs Improvement: story interest (also a bit too long), no cross-play