It is hard to separate the nostalgic of replaying Grim Fandango for the first time since sitting in front of a big old 17″ CRT in 1999 from the reality of playing it on a 5″ Playstation Vita screen in 2015. But regardless, a great game remains a great game – and Grim Fandango is a great game.

It’s a game you simply must play if you are a lover of well written video games. 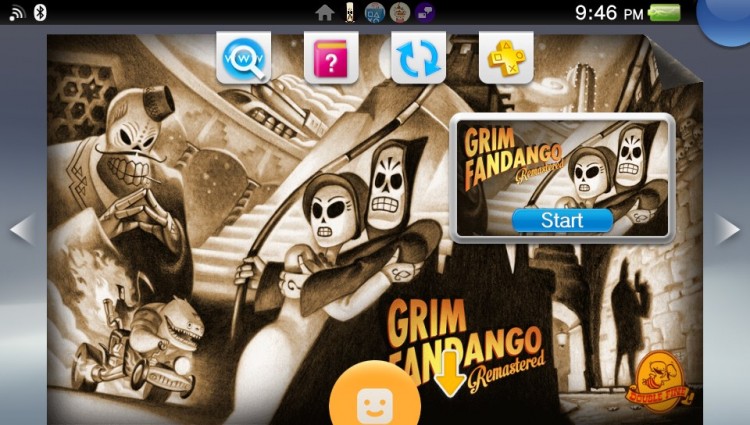 Platform/where to buy: Mac, PC & Linux on Steam; also available in the Playstation Store for PS4 and Vita and on GoG.com

Grim Fandango Remastered Description:
One of the most acclaimed adventure games of all time is now back, better than ever. Grim Fandango’s epic story of four years in the life (or death) of Manny Calavera, travel agent to the dead, has been remastered to look, sound, and control even better than when it won GameSpot’s Game of the Year award upon its original launch. Grim Fandango still stands as a classic of the genre, with unforgettable characters and unique combination of film noir and Mexican folklore. 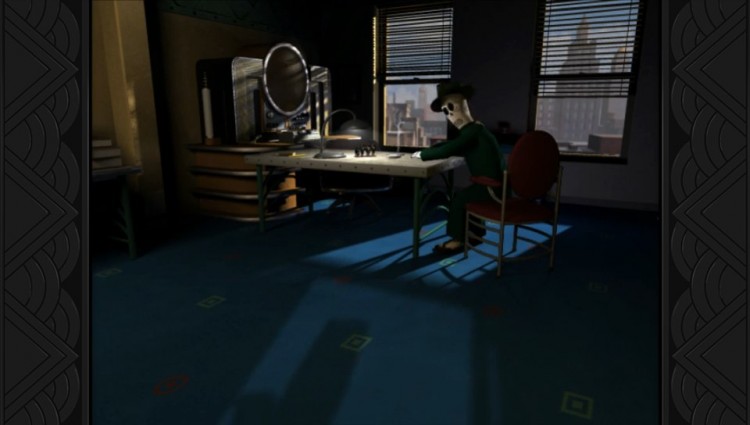 Grim Fandango is described as a “An Epic Tale Of Crime & Corruption In The Land Of The Dead”, which is suggestive of many potential themes – all of which are true. You have a view of the afterlife taken from Aztec mythology (including calaca-like figures) mixed with a film noir setting and storyline, mixed with comedy and parody and a depth of writing in video games that has seldom been seen before or since.

The game was originally released in late 1998, and after acquisition of licensing from LucasArts there were difficulties finding the code and many of the assets, which slowed the remastering process. This is a common theme as code-storage wasn’t as rigorous as it is now. After getting all of the needed source files the team was able to manage a simultaneous release for the PlayStation 4, PlayStation Vita, Microsoft Windows, Mac OS X, and Linux platforms. I completed the game on PlayStation Vita and have played part of it on the Mac as well.

You play as Manny Calavera, a travel agent for the ‘Department of Death’. The basic story is that when people die they need to work their way to the Ninth Underworld. If you have filled your life with good deeds it can take as little as four minutes … but if not it can take up to four YEARS. Manny isn’t happy with the clients he has been given so he tries to steal an easy one from a coworker, only to have THAT one turn into a four-year journey. Something isn’t right – and while investigating he discovers a nefarious plot that gets him wrapped up and having to decide what course of action to take.

Because it is an adventure game, you know there will be puzzles. I remembered that some of the puzzles were really obtuse – just intentionally vague and difficult to figure out – but most of them were reasonable, and I only had to consult a help guide a couple of times along the way.

Unlike too many recent games that dump everything into the early parts in case you never finish, the structure of Grim Fandango is balanced and keeps you fully engaged throughout. The pacing never feels rushed, and there is no filler nor lull in the action. It is just a complete classic from start to finish. 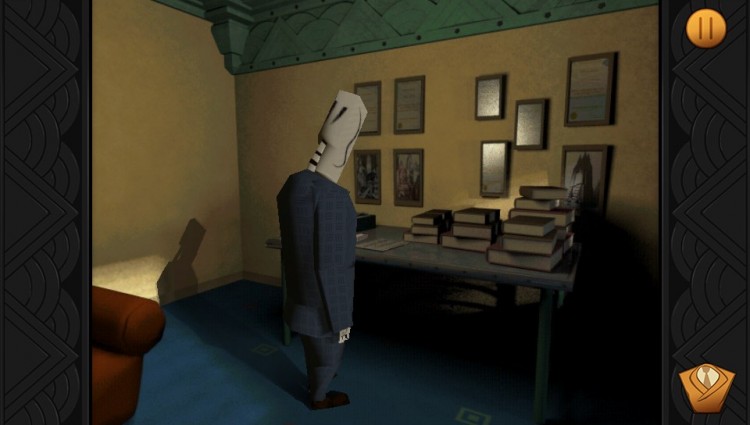 Because Grim Fandango Remastered was one of the most critically acclaimed games in the adventure genre (and really, of all time), it makes sense that it is an easy game to learn to play. Basically it controls like a very standard point & click adventure – and works perfectly on the PS Vita as well as the PC.

The game has fully remastered sound as well, and it sounds amazing. The music was always been one of the coolest things about the game – mixing orchestra, swing music, South American folk music, and more. The remastered version of the orchestral soundtrack was recorded by the Melbourne Symphony Orchestra – and remains one of the best soundtracks in all of gaming.

I have read about some people getting stuck or otherwise having issues with the PS Vita version of the game, related to stability and lack of auto-save. I got that there was no auto-save immediately and just saved manually on a frequent basis (PC gamer habit) – so I never saw it as a problem … but console-centric gamers should consider it a ‘watch-out’. As for stability issues, I had none. I didn’t get stuck in the ‘elevator’ that some people have mentioned on the PS4 and Vita versions, and I was able to play all the way through without a single crash or other problem.

Would use again/recommend?: Definitely! This is one of the most beloved adventure games of all time for a reason – and that reason hasn’t changed. Everything about it – the characters, story, dialogue, puzzles, plot-twists and so on – remains amongst the best of any game I have ever played.

Suggested changes/wish list for updates: Bring it to the App Store for the iPad!

Price: Buy Grim Fandango Remastered for $14.99 on Steam, GoG.com or Playstation Store for PS4 and Vita.