Last year we heard about a new educational game called S.M.A.R.T. Adventures Mission Math, which was a STEM game, aimed at girls – but was fun for pretty much anyone. I had some fun playing around with the game when it was released, and was glad for the STEM focus. Now they are back with their follow-up second chapter! 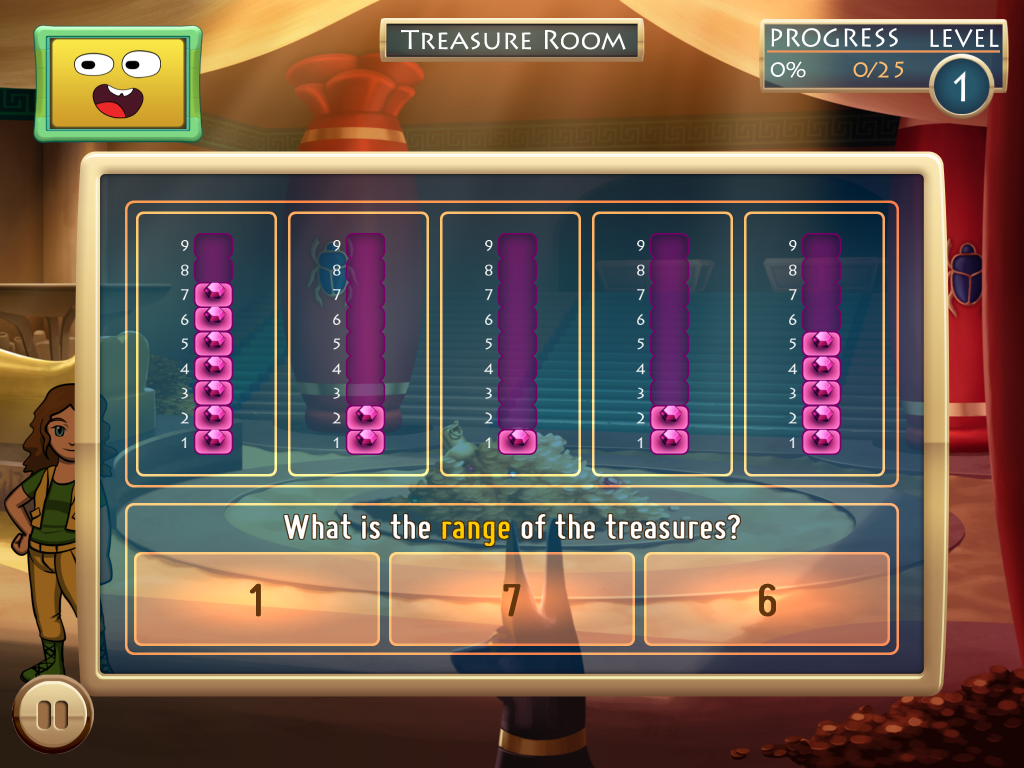 This week About SMART Adventures Mission Math 2 — Peril at the Pyramids takes you on an adventure on an archeological dig site. You meet up with old friends from the first mission and dive right back into solving problems using your math and science skills! The original game was aimed at ages 9+, but this game is built around skills learned around the 5th grade.

About SMART Adventures Mission Math 2 — Peril at the Pyramids The S.M.A.R.T. Adventures series of educational games allows girls to celebrate who they are and what they can achieve. Designed specifically for girls, S.M.A.R.T. Adventures games utilize innovative techniques to help players attain math, science, and technology literacy and to instill confidence in girls of all ages and stages of education. Each story-based adventure includes an exciting mystery to solve and characters our players can relate to, which motivates players to keep playing while practicing their skills.

In SMART Adventures Mission Math 2, Junior Agent Star reunites with Agent Delta, Agent Gamma, and the rest of the S.M.A.R.T. Agency on an archeological dig site. Artifacts are disappearing, scaffolding is collapsing, and S.M.A.R.T. agents have begun to defect to rival organization T.O.A.D. Like the first game, SMART Adventures Mission Math 2 is designed to empower girls to practice math skills and pursue STEM fields. This new game is aimed at fifth graders.

Head to the iTunes App Store to grab S.M.A.R.T. Adventures Mission Math 2 – Peril at the Pyramids