Go for the Gold on March 20 with the new Super Mario amiibo—Gold Edition and new Wii U game Mario Party 10. 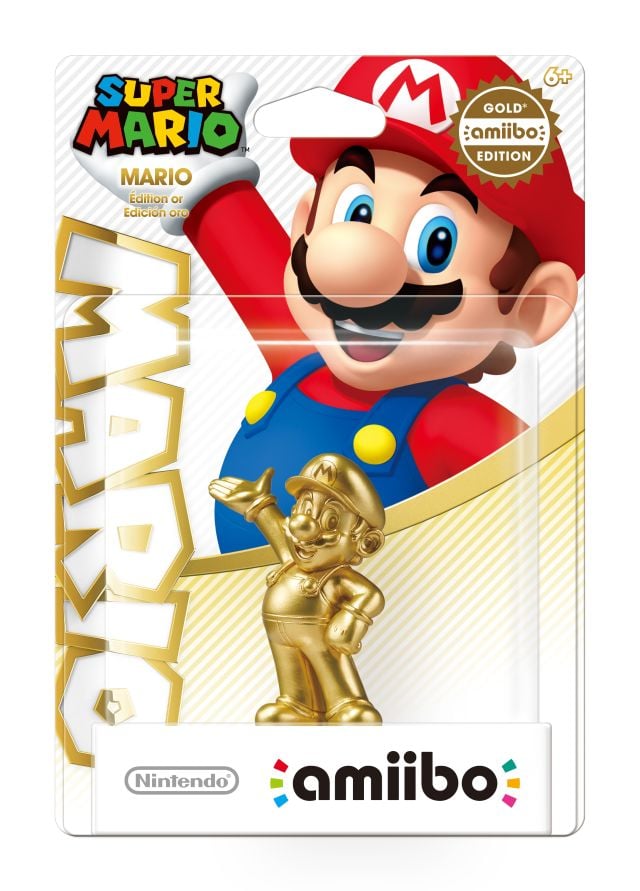 The Super Mario amiibo—Gold Edition will be sold exclusively at 3,000 Wal-Mart stores in the U.S. at launch at a retail price of $12.96. Certain amiibos have been tough to find, so grab this one before it’s gone. Other now rare Amiibo figures in various stores including Amazon include Captain Falcon, Diddy Kong, Ike, King Dedede, Pit, Sonic, and Zelda.

Nintendo released their first wave of new collectible Amiibo figurines embedded with NFC (near field communication) technology (currently for Wii U only; an adapter for the Nintendo 3DS is in the works) on November 21 (Link, Peach, Bowser, Donkey Kong, Fox, Kirby, Mario, Pikachu, Samus (Metroid Prime), Yoshi, etc.) with more coming in December, including Luigi. On February 28, 2015 Nintendo will release Mega Man, Skeik, Toon Link and other Amiibo figures. Nintendo also teamed up with Loot Crate for a special Amiibo subscription service.

Players can tap an Amiibo figure to the Wii U GamePad controller to incorporate them (e.g. level characters up, activate special abilities, etc.) into different Wii U games.