There’s quite a few hams I talk to every day that use D-star and a Raspberry Pi computer to use D-star even in places where there are no repeaters.  The Pi is IDEAL for this as it has  low power requirements and is small. This is just one of many uses hams have come up with for the tiny Raspberry Pi. 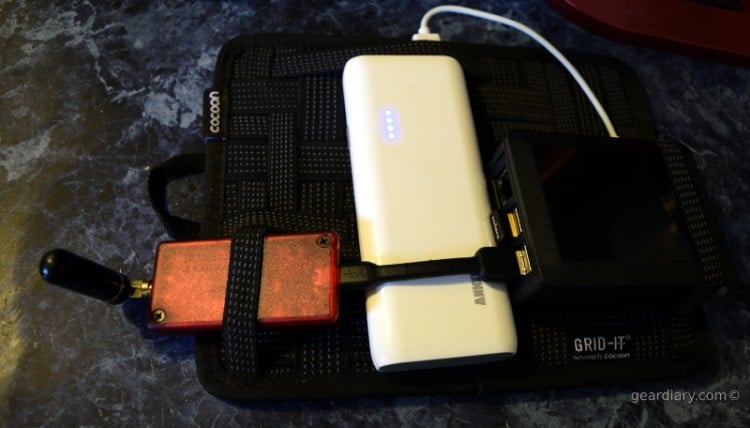 D-star is one of my favorite modes in the amateur radio hobby.  I have even wrote about it hear on Gear Diary. However, there are often times when I travel either for work or fun that there are no repeaters.  That’s where the Digital Voice Access Point or DVAP comes in. This device is developed and sold by Robin Cutshaw, AA4RC. When you plug this into a computer after installing the software, it essentially turns a computer into a small repeater for D-star.  It is a little different though as this repeater doesn’t operate as a normal repeater would.  Most repeaters run on 2 different frequencies at the same time.  One receives, one transmits.  The repeater controller(which is usually a computer) will then broadcast what it receives on one frequency on it’s output frequency.  The DVAP works like a repeater except that it only uses one frequency and instead of re-transmitting it on another radio frequency, it transmits to the internet using the computer it connects to. The DVAP works on Windows, Mac and Linux.

Using your computer is just fine, but it’s really overkill for all the DVAP does.  In fact, it’s much nicer to use a Raspberry Pi to run the DVAP in that you can take this with you just about any place you may go. I have even taken this with me and used it while driving from one place to another allowing me to keep in contact with friends and to make new friends along the way.  What do you need to do this?  You will need the Raspberry Pi itself, a wifi dongle (I use the Edimax Dongle which runs about 10 dollars on Amazon), the DVAP and a way to connect to the internet.  I use my Verizon Hotspot but you can also use your phone as well.

I use a special build of Linux that the Maryland D-star group posts on it’s website.  It’s based on the Raspbian Linux distribution for the Raspberry Pi as well as software developed by Jonathon Naylor, G4KLX in the UK. Setting up the Maryland D-star software build is a bit tricky, but once it is setup it gives you more capabilities than the standard DVAP software will give you. Some of this includes being able to shutdown and reboot the Raspberry Pi by setting up your radio’s memories to include the commands.  This makes it very convenient to shutdown the Raspberry Pi safely without needing a computer. One other function is the ability to connect and disconnect from reflectors using an Android app called ircDDB Remote.  The only requirement for this is that your phone and your pi must be on the same network. So you will have to connect your phone to the hotspot as well. When I am in the car, I will run everything off of batteries as the battery pictured will run this for more than I would DRIVE in a day. You can,
course, plug in almost any MicroUSB power supply to run the Pi and DVAP. 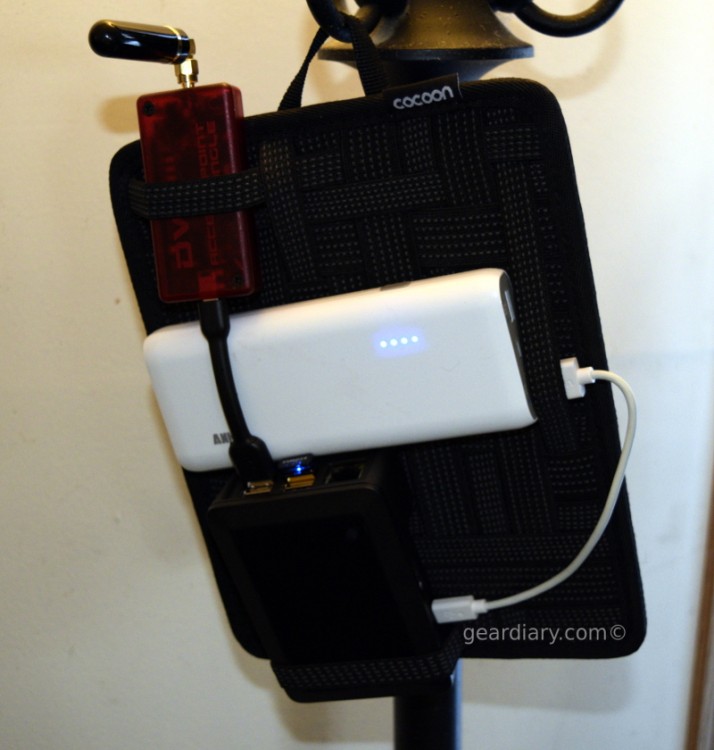 Above is a picture of my current mobile setup with the Pi and DVAP combination. The black square it sits on is a Grid-It system from Cocoon.  The white MicroUSB cable is from Belkin and Griffin Technology made the short MiniB USB cable for the DVAP itself. The Grid-It lets me swap battery packs of various sizes and move things around.  When I am in the car, I will run everything off of batteries as the battery pictured will run this for more than I would DRIVE in a day. You can, of course, plug in almost any MicroUSB power supply to run the Pi and DVAP. When I am mobile, I have the Pi setup to automatically connect to my wifi hotspot.  The Grid-It also has enough space for the hotspot too so it really convenient.

This setup works on both the original Model B Raspberry Pi, Model B+ and the Raspberry Pi 2.

D-star is a very fun mode and now I can enjoy it wherever I can get internet connectivity thanks to the Raspberry Pi and the DVAP.  I hope you enjoyed reading this and my many other ham radio posts here on Gear Diary.