Just over four years ago Arrowhead Game Studios released Magicka, a hybrid RPG-action-adventure game with a smirking sense of humor and loads of fun and stuff to discover. Since then they have released a bunch of DLC and two expansions, been featured in Indie/Humble bundles, and the game remains an absolute blast to play – and now we’re getting a sequel! 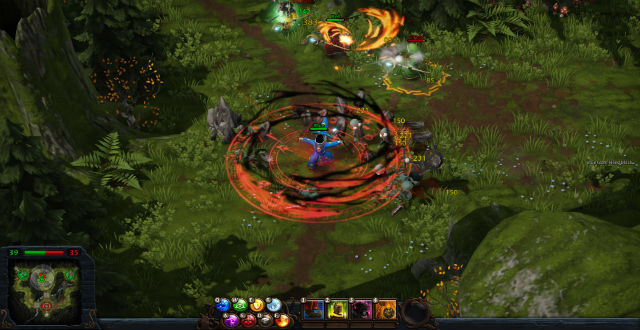 Magicka 2 was announced at E3 last summer, but until now the release date – and if any platform other than PC was coming. Now we have answers to BOTH – the game is coming to PC and Playstation 4, and is releasing on May 26, 2015. Oh, and it will cost a budget-friendly $14.99 on both platforms!

Here is a bit more info:

Adventure mode gives players the chance to battle through a campaign, but the real test of a wizard’s worth is the challenge mode. Here, mages must fend of 20 waves of increasingly difficult enemies. Similar to Halo’s Skull system, Paradox offers artifact modifiers that allow players to switch up the experience. For instance, intrepid wizards with a taste for brutality can ramp up the enemy skill, speed, and hit points. You could also turn off some of the elements altogether, tune friendly fire to be more or less damaging, or even turn on an audience laugh track to lighten the mood.

Pre-order now at the Official Site or on Steam for just $14.99. The PS4 pre-orders are starting soon.

Check out the trailer!