Spellweaver, a brand new Digital Trading Card Game, is ready to unveil its first teaser video. Spellweaver is a classic style trading card game set in a fantasy world where various faction’s spellweavers battle for supremacy. The trading card game features a variety of unique features that set it apart from other card games on the market. 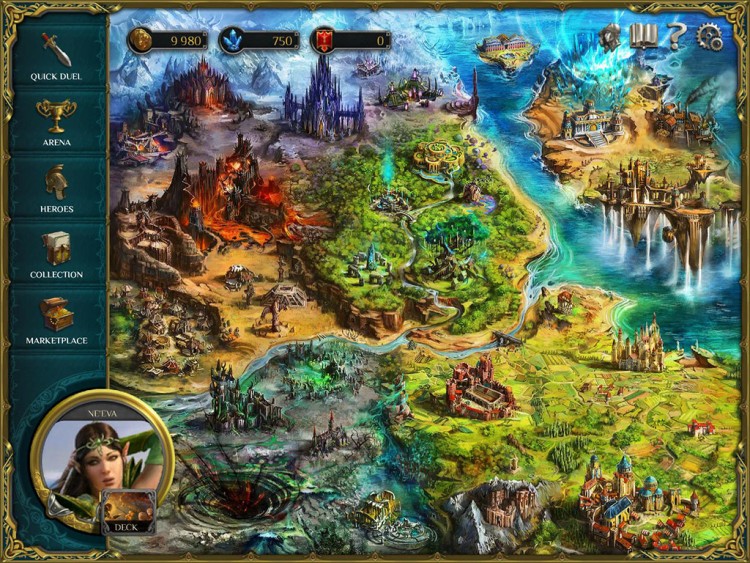 You can sign up to join the closed beta here, or wait until next month for the open beta!

While players of other TCGs will be familiar with the core concepts behind the game, Spellweaver has a number of unique twists. The biggest addition is the new unique creature attribute, speed. Creatures with higher speed can’t be blocked by slower ones, and are also able to pick slower creatures as attack targets. However, faster creatures are generally weaker than their slower counterparts, creating a dynamic balance between raw creature power and greater versatility.

Additionally Spellweaver has a system that helps reduce the likelihood of being “land starved,” allowing for most games to win or lose based on deck and strategy rather than blind luck. Finally, and possibly most important, is the option to develop new special abilities for your heroic spellweavers. Your spellweaver starts each battle with 1 starting special ability. Special shrine cards unlock new abilities for the duration of the entire battle, which can radically alter the flow of the game.

Spellweaver is planned to be a free to play game with limited costs imposed on players who wish to pay and plenty of ways to gain free cards and packs.

The web site has loads of great info, including an excellent description of the battle user interface here.

So go check out all of the information and sign up for the closed beta at the Spellweaver home page!