I was part of a group of approximately 300 journalists attending the IFA 2015 Global Press Conference in Malta last week. Being my first time to attend, I had no idea what to expect, but I soon learned that it was all about showcasing upcoming consumer electronics, health tech, and home appliance trends by some of the companies responsible. 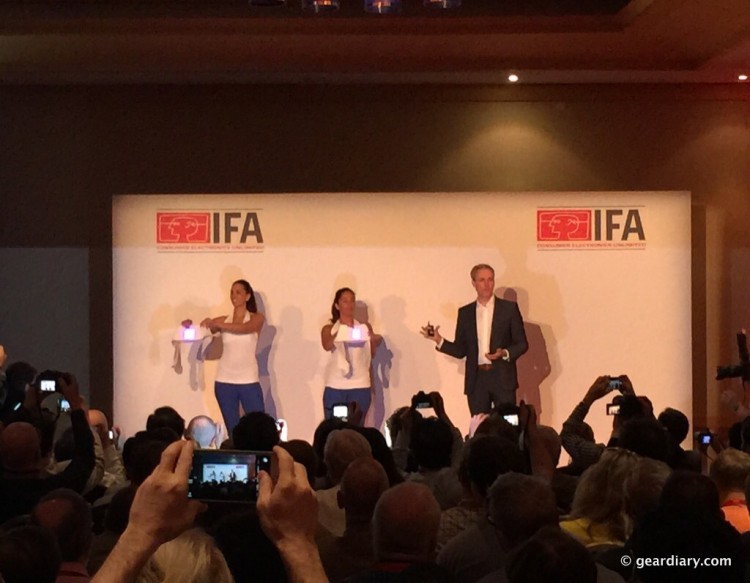 This blue light belt from Philips is supposed to help with back pain.

Sponsors included Dyson, Haier, ZTE, Gibson, Philips, Microsoft, and a few others. Unlike the much larger IFA Berlin show (which happens in September), the Malta conference was a scaled down event where a select few vendors had a chance to highlight their products to crowded rooms of press who were shuffled back and forth between two ballrooms from one power session to the next. 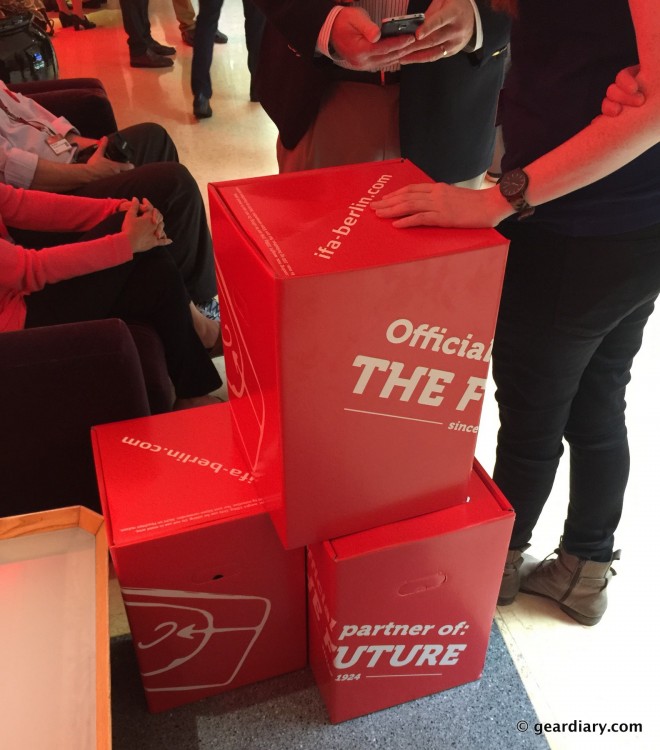 Seating was at a premium, so a couple of us improvised.

Philips made the announcement that they would be splitting their company into two parts, namely lighting and a separate consumer electronics health tech products and solutions division. This is a move that makes sense to me, as Philips makes great LED lights, but with an aging population there is money to be made by getting people to pay more attention to their health in a manner that can be easily shared with their doctors or caregivers.

We can expect to see more connected personal care devices and specialized pain management gadgets in the future. One of the most “out there” things shown was a back pain management device which uses blue light and offers coaching through a connected smartphone app that the patient and doctor can monitor. Welcome to our brave new world… 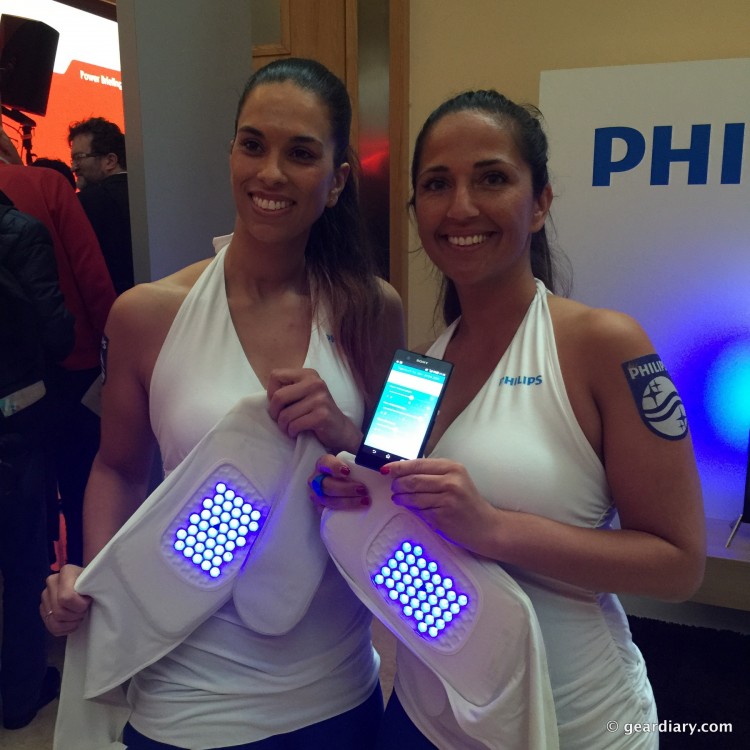 After a brief rundown of their last 75 years of innovations, including a multi-room stereo system from 1956 (!!) 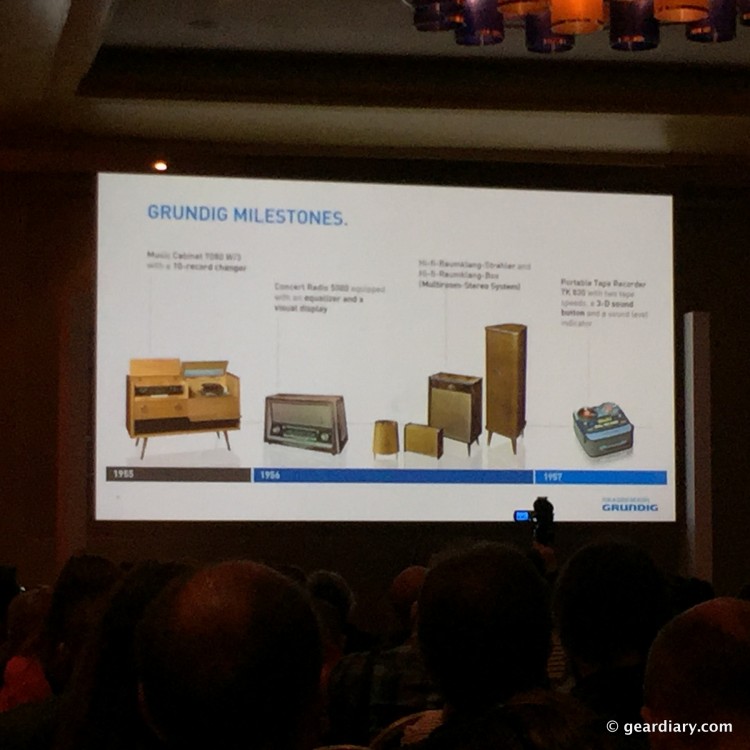 Grundig showcased their VUX (Virtual User eXperience) kitchen system concept, a virtual kitchen environment that does away with buttons, dials, and other traditional inputs in favor of an overhead system that beams a light onto the countertop that does it all. It was fascinating, and I have no idea when we can expect to see this Minority Report style interface in the average home.

The countertop beam comes from this unit. 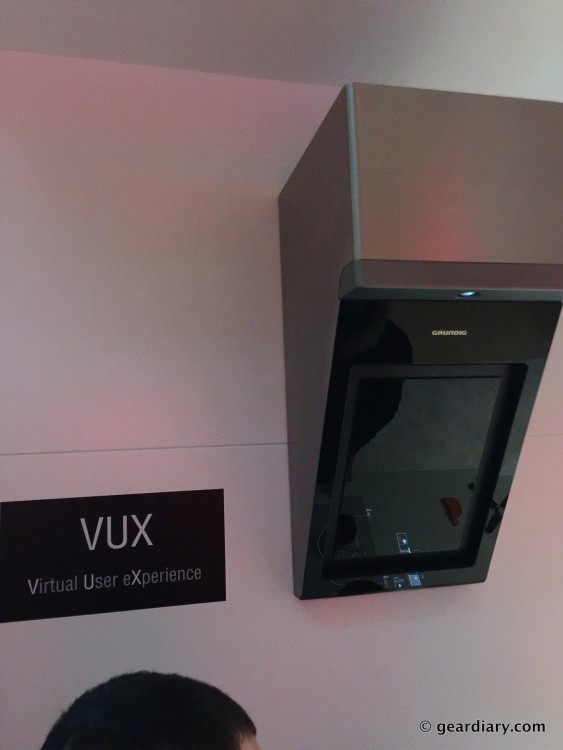 … you can see its light turned on and beaming here … 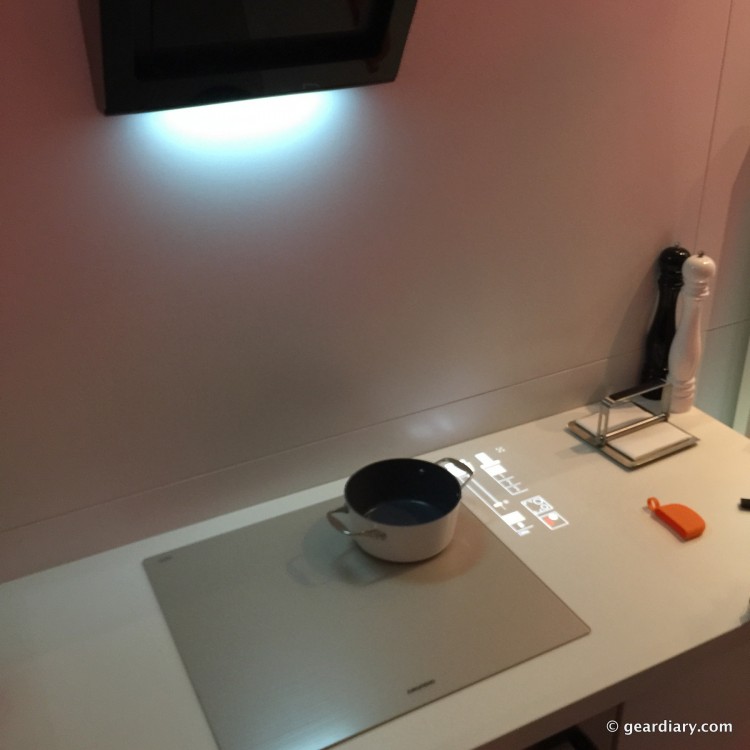 … and it was quite fun to watch the pots and hand interaction moving things around on the countertop. I have no idea how practical this will be, how expensive it will be to carry out, exactly how it works, or if it will ever be mass marketed to anyone, but the VUX was one example of very COOL consumer electronics in action.

I’m fascinated by the #Grundig #VUX. It’s an interactive and functional light show in your kitchen. #HomeTech #IFA15GPC

After giving some depressing stats about how much time is spent by the average family doing laundry, Haier showed off their new double-drum washing machine. We saw something similar from LG at CES, but this washer actually looks like it is made to handle a larger load in the smaller drum. Have you ever wished you could wash your lights and darks at the same time without waiting for one or the other to finish first? With this washer, you can. I have to wonder how well it will fit into laundry rooms made for washers with a more traditional height, however. 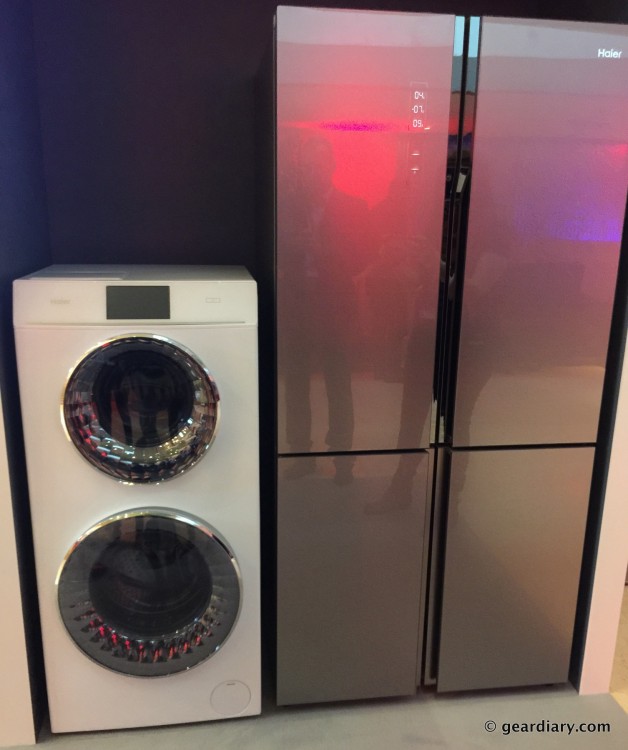 I honestly wasn’t sure what to expect from the Microsoft briefing, as they had nothing new to announce and their relatively new General Manager of Developer Experiences, Bryan Biniak, was presenting. After a largely straightforward demonstration of how wonderful Windows 10 was going to be, Bryan opened the floor to questions, and things got…rough. One member of the press asked him a convoluted question about Microsoft’s bleeding marketshare with regard to smartphones and desktop operating systems, causing Bryan to bravely poll the audience in an attempt to answer him. Bryan started by asking how many of us used Windows 8. There was a moderate show of hands, including mine. Then he even more bravely asked how many people liked Windows 8 … and from what I could see more than 3/4 of the hands went down. Then he asked how many of us would like to like Windows 8, and a few more hands went up. Oy.

Let’s hope that Windows 10 brings some much needed juju back to the Microsoft brand.

It would be a crime to have a conference in Malta and not allow some time for touristy things, and in that regard, we were not disappointed. We visited the ancient city of Valletta after our first day of sessions …

Highlights included visiting the gorgeous Teatru Manoel, a playhouse built in 1732 that is still in use today …

And we were treated to a progressive dinner of sorts on Strait Street. The picture below is not Strait Street, but it is a good indication of how narrow and charming the area was.

Our last day included an overview of what we could expect as the next big consumer item (hint: drones) … 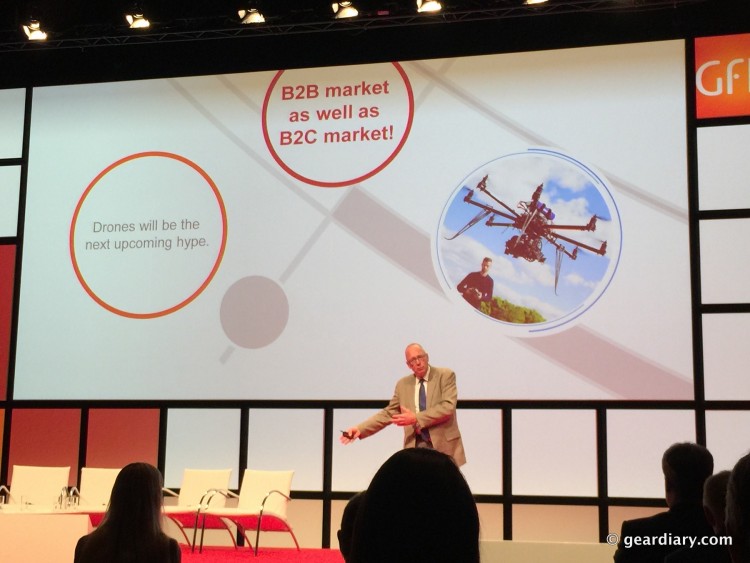 …followed by a moderated panel of IFA execs talking about their expectations for the 2015 IFA in Berlin, and what the next disruptive technology might be (hint: if they knew, they would be investing in it). Fair enough. 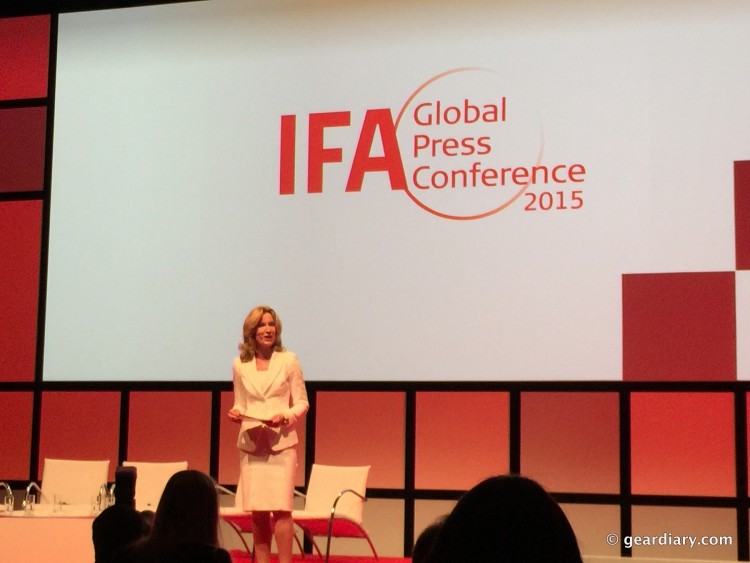 More than anything, the IFA 2015 Global Press Conference was a great opportunity to see some of tomorrow’s consumer electronics technologies today without dealing with the crushing crowds that come with the full trade show experience. If anything, it served to whet my appetite for attending in Berlin this September. It also forced me to wish that I had extended my stay in Malta by at least a week … that’s how beautiful the few areas we saw were.

Disclosure: My travel, room, and meals were covered; there were no conditions or expectations made regarding what I chose to write about with regard to my experience.