Canonical has been working on the Ubuntu Phone for quite sometime.  It was launched in Europe and the launch was seen as successful, so BQ has now made Ubuntu Phone available worldwide.  If you live in the US you still won’t want it as you will be constrained by carrier choice and it will only offer Edge speeds. 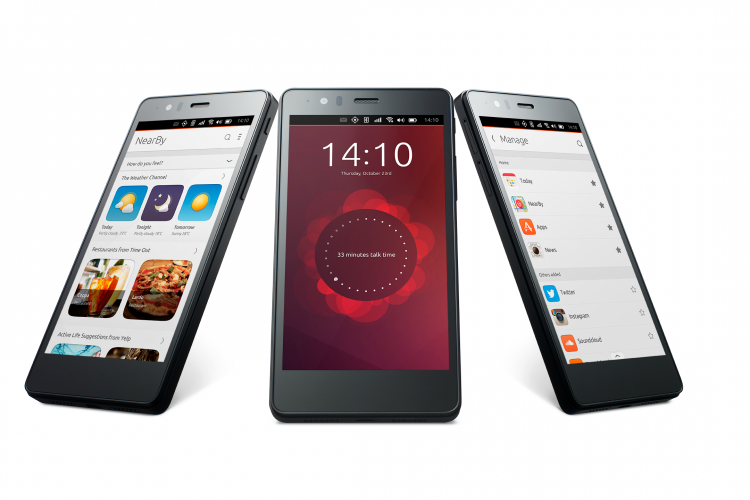 As a Linux and Android user I often wondered what would have happened if Nokia’s Maemo would have become more popular.  While Maemo retained a lot of what I loved about Linux, if people think Android isn’t user friendly, they should have tried Maemo. Maemo was great for geeks like me and their last iteration on the N900 wasn’t too bad for non geeks either, but it was much more complex than Android.  Maemo COULD have been what Android became, but Nokia didn’t really do anything to make it work here in the US in a time where iOS and Android hit hard and fast. So how does Ubuntu plan on making this work?  By offering decent prices in a time where contracts and subsidies are on the way out. The “top” end Aquarius E5 is €199  which is roughly 200 dollars here in the US. This makes it one of the more affordable phones available if you aren’t in a contract.

Being cheap is one thing, but will it work here in the US? If you are on AT&T and Tmobile, maybe, but there’s are several issues with the phone when used here in the US. One issue is that it does not have LTE radios and the HSDPA antenna doesn’t support US frequencies which means if you buy one in the US you will be stuck on Edge speeds. I can live with Edge as long as it has wifi, but the bigger problem for me is the app ecosystem.  Ubuntu doesn’t really have one. Sure you can access Facebook and other websites, but there really isn’t a bunch of apps.  If I had to rank app availability, the Ubuntu phone would be dead last after Windows Phone and even Blackberry.

Still, it’s an interesting development. If Ubuntu can get an app ecosystem or at least provide a superior mobile web experience to Android, only then will I see it gain popularity over Android let alone iOS.

If you want to make the leap, you can certainly try it but don’t expect the same experience as iOS or Android.