Acer CEO Jason Chen started their IFA 2015 press conference with a bang; not only did he announce a new Chromebook and a new 2-in-1, he also announced new additions to the Predator gaming line. Are you interested in bigger, faster, and stronger? That’s what Acer seems to be aiming for. 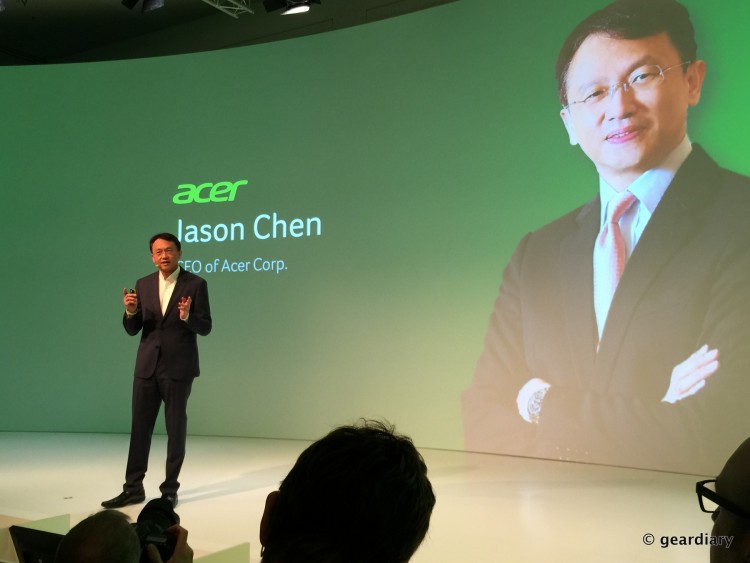 Here are some pictures and thoughts from the press conference, along with specs supplied by Acer.

One of the things that was emphasized repeatedly was that a cooler computer is a faster computer, so Acer’s Predator line is optimized to run fast and cool. 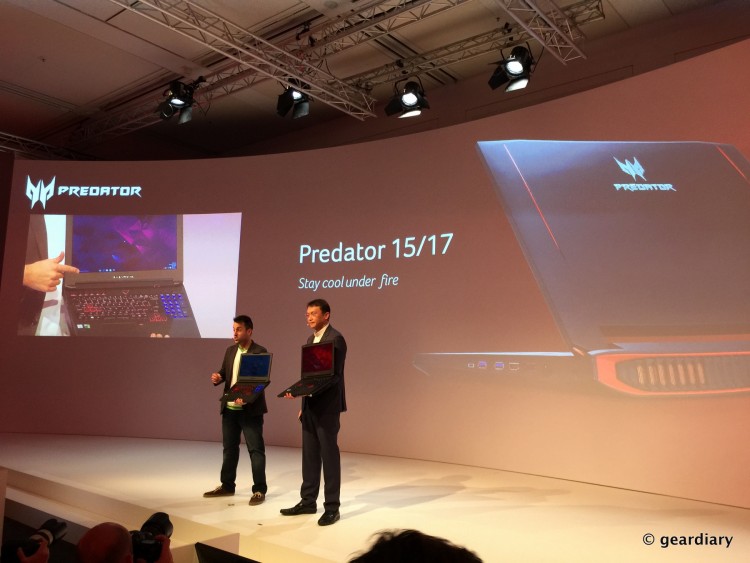 The neat thing about the G3 is that you can easily personalize it yourself; it’s perfect for people who want to work some DIY magic on their computer without starting from scratch. 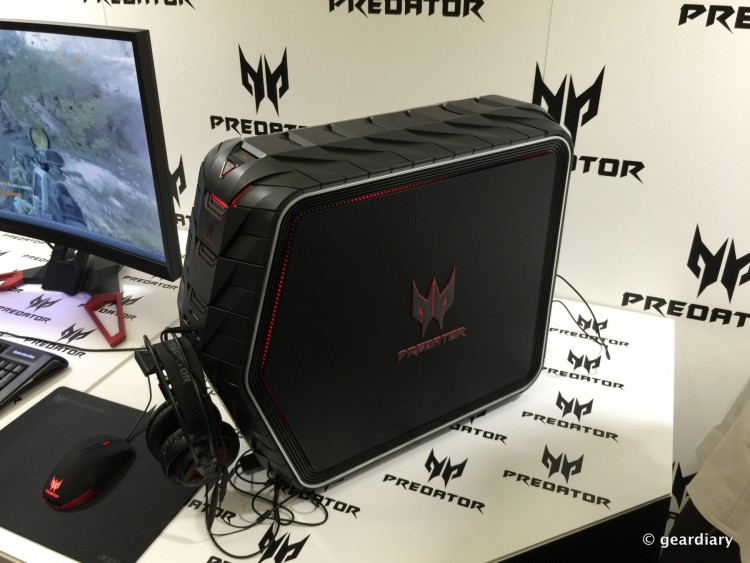 I can tell you after seeing it in person that the Z35 is gorgeous! I didn’t even know that it is possible to overclock a monitor, but it was mentioned that this one was made to be. Why would you want to do that? Faster frame refresh rate and even better graphics. 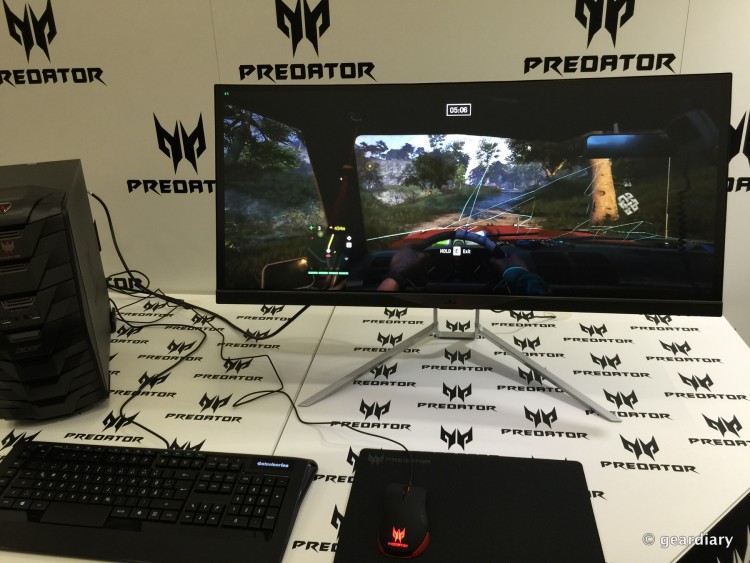 This looks like the perfect device for someone who does a lot of surfing, someone who stores much of their work in the cloud, who doesn’t rely upon a bunch of third-party software, and who doesn’t want to spend a lot of money on a laptop, but who needs a laptop-type device. It’s a no-brainer — that’s the person who needs a Chromebook. 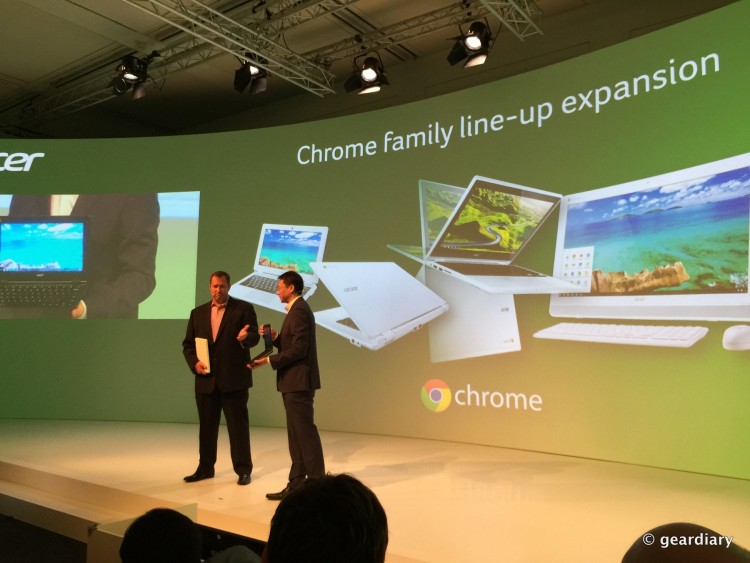 I just found out V Nitro is the #1 gaming laptop in Germany. I’m not sure how popular they are in other parts of the world or how available they are in the US, but the specs look impressive and the hardware looks good. 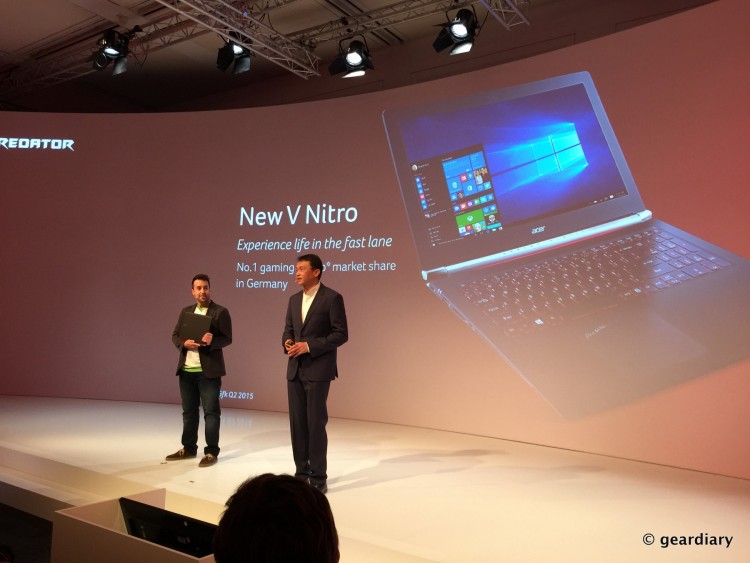 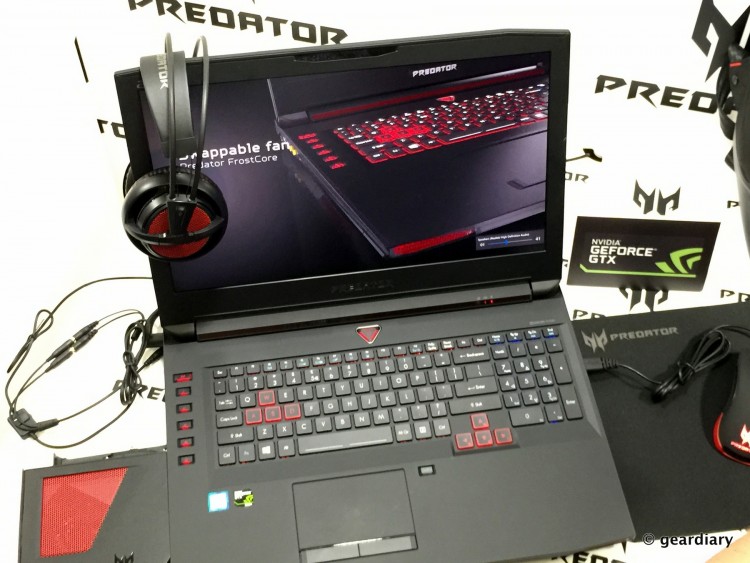 Acer calls the Revo “modern-day building blocks”, and I get where they’re coming from. Picture the way that Lego blocks fit together to build something special, and that’s the same principle behind the Revo Build. 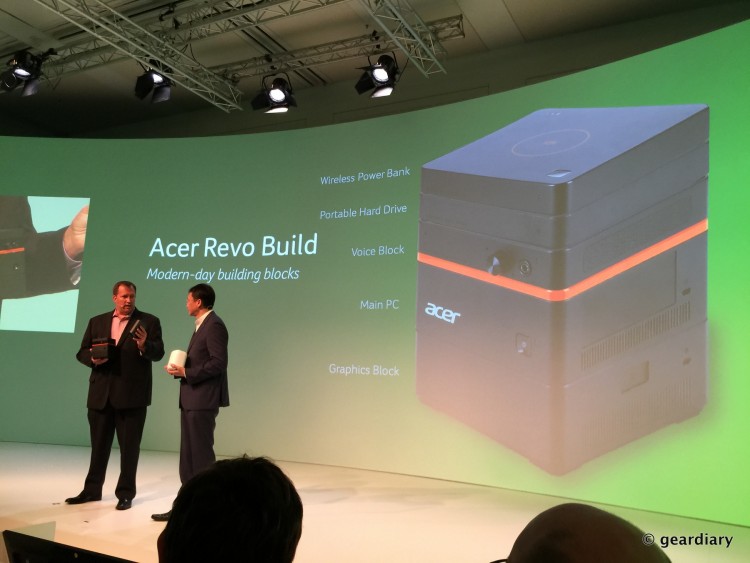 See how the components come separately and then fit together to make a little tower? 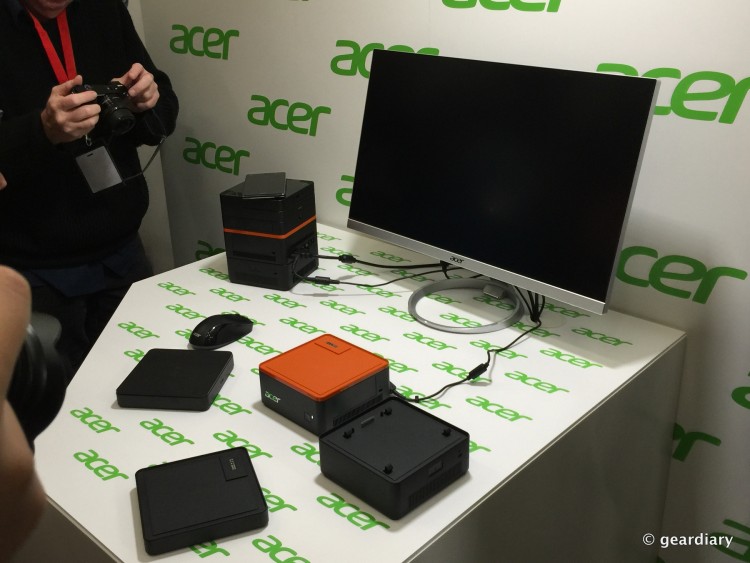 • The Predator 6 is a 6″ phone with impressive specs that include a deca-core (10-core) MediaTek processor, 4GB RAM, 4 speakers, and a 21 megapixel camera. That’s all the information we were given about the phone, because they aren’t actually available yet. 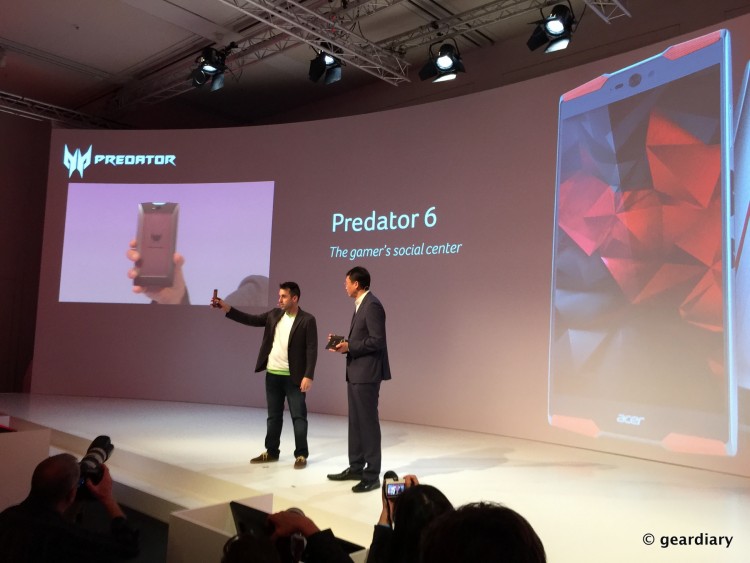 • The Jade Primo is being touted as “Your pocket PC” and a “PC Phone”. The odd thing about it, for those of us who remember the days of Pocket PC phones, is that it is running Windows, and it can actually function as a dockable pocket computer. 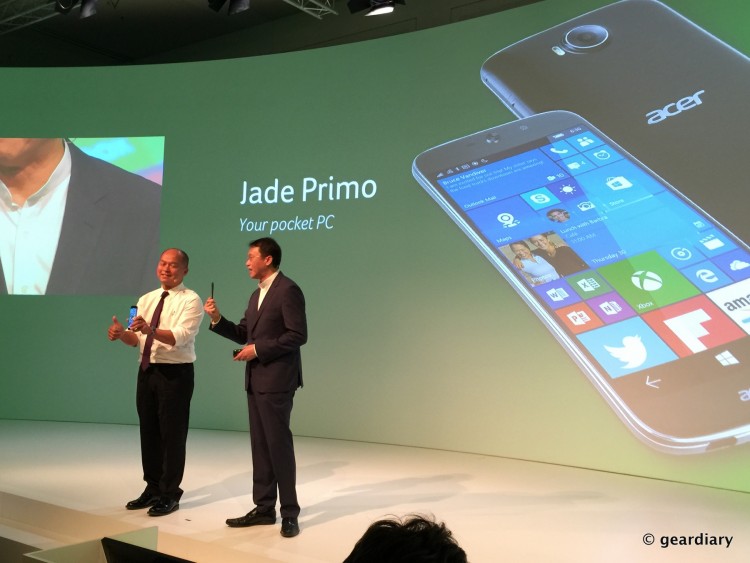 That’s just about all the information that we were given about the phones, but I was lucky enough to score a short one-on one interview with Jason Chen, the CEO of Acer. Of course my questions centered on the two phones. Here’s what I learned …

The Predator 6 will run Android, and it will be available in as many countries as possible, starting at the end of this year or early next year. There is no certain word about the US yet. The phone will have haptic feedback for responsive gameplay, and there will be special games with haptic optimization available for it. I asked why Acer went with Media tech rather than Qualcomm, and Mr. Chen said that while Qualcomm makes great processors that are used in other Acer products, they wanted to use the MediaTek deca-core in this particular device, and they were certain that it would perform very well.

The Jade Primo will run windows, and it will be shipping in 4th quarter this year. Again, they aren’t sure if it will be available in the US or not. I asked if they intended people to actually use this as their PC, and Mr. Chen said that it is only now feasible that someone could use a phone with full Windows capability. Acer sees this phone as defining a new segment of the market. He doesn’t think that the Jade Primo will necessarily be someone’s only device, but it will be something people can dock and use as a full function PC, similar to how PC on a stick devices are used now.
What are you most excited about after seeing Acer’s new offerings?
Prev postNext post