If you have yourself an Apple Watch and have been stuck using the Sport Band, and looking for something a bit more elegant for your wrist wear, you don’t have to look any further. 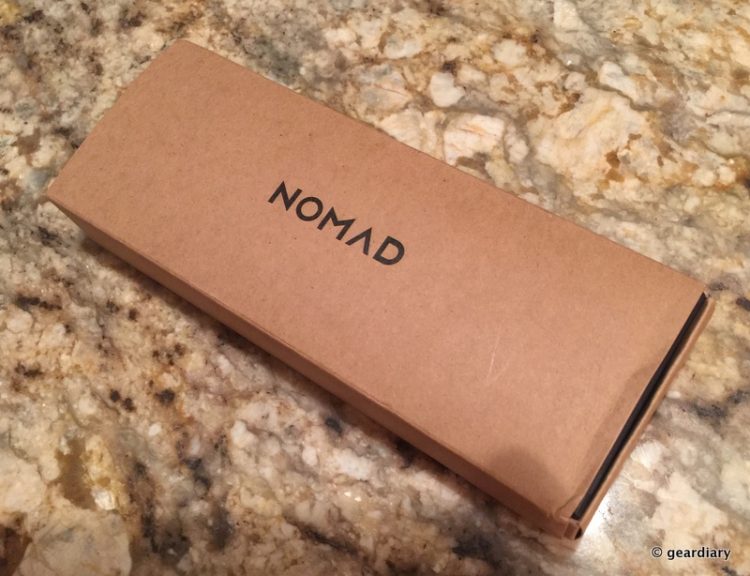 I’ve reviewed quite a few Apple Watch bands over the past year, many being good, but NONE quite like the Nomad Strap for Apple Watch. I’ve been rocking the band for the past few weeks and I can honestly say it’s one of the best leather bands made for the techie but trendy watch by Apple. 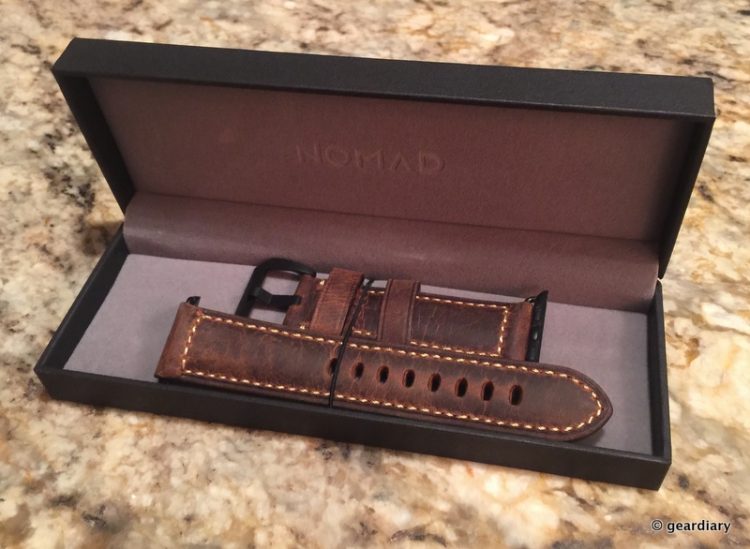 The band itself is made of leather on both sides which adds to the functional comfort itself. Once you open the black case you can see that Nomad took their time hand crafting each individual band, from the softness of the band down to the stitching. 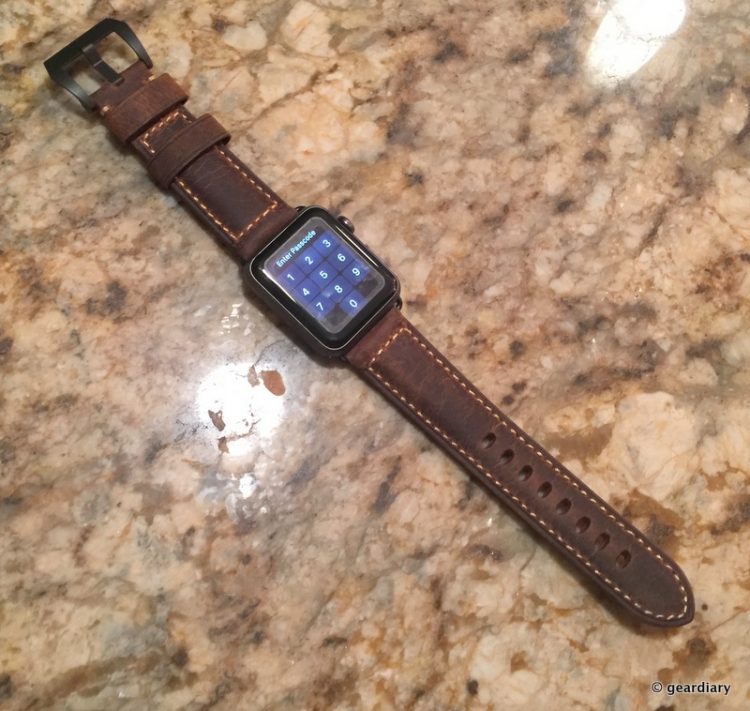 Having a 42mm Space Grey Apple Watch, I actually ended up getting myself the Rustic Brown colorway with black hardware option since I tend to wear a lot of darker colors, and I’ve previously tried a lot of lighter “tan brown” options of Apple Watch bands online, only for them to actually show up to my door being way lighter than they looked online. This isn’t the case with the Nomad Strap. 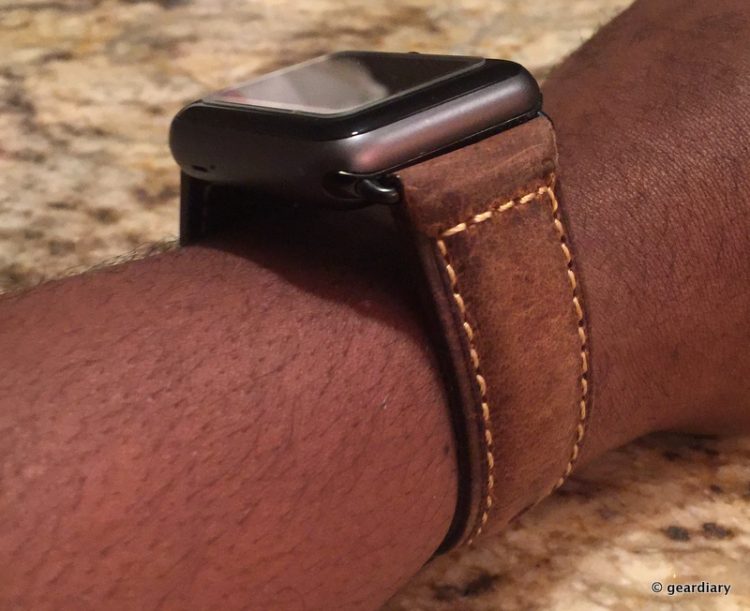 Nomad’s Strap for Apple Watch is everything you’d want from a leather strap, coming to you made from raw Italian calfskin leather. Now I will say, when I first tried on the watch, just like most leather straps for any watch, they do need to be broken in. I found myself the first few days attempting to adjust to sitting my wrist down in order to type the band, which in itself seemed a bit raised, to the point I thought that I would have to tighten the strap more, but later got used to this. 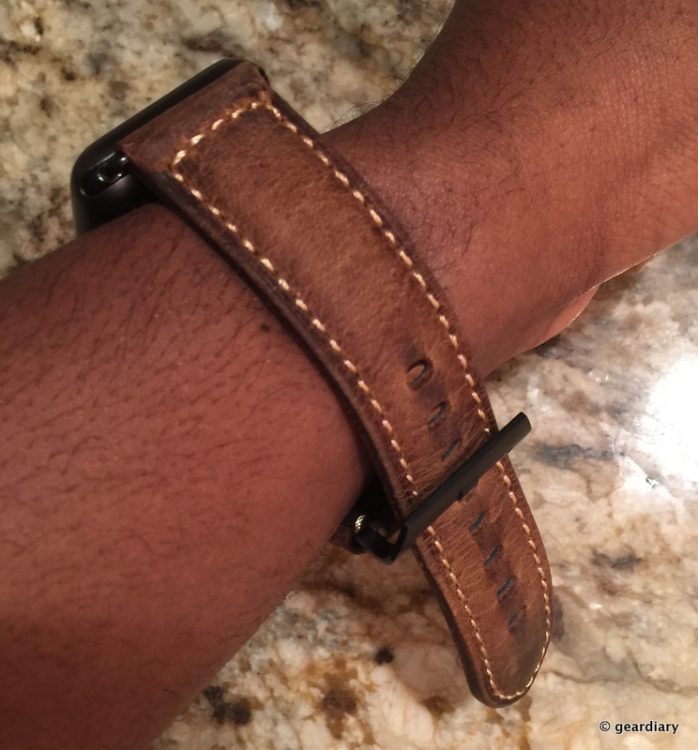 Also another big thing in regards to the Nomad strap when you first put it on, the over-sized buckle will certainly be a sight, especially since it sits a bit wider than most strap buckles. But the upside to this is that it will certainly hold up, and will not find its way of being worn out over time. 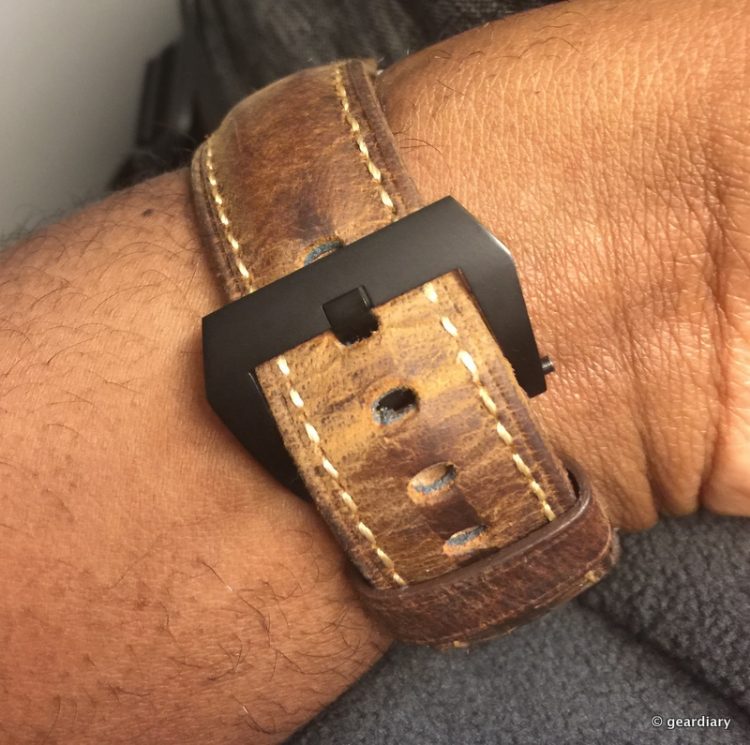 One caveat though is actually removing the band from your wrist the first few times. Being a lefty, I will admit I had a bit of a hard time actually taking it off the first three times. 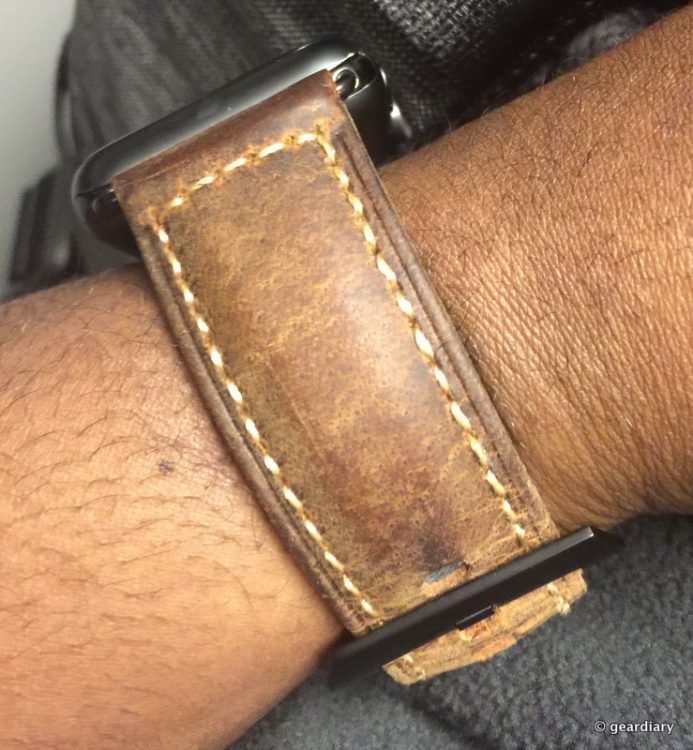 Again I’m going to contribute this to the fact that the band itself was still pretty stiff and needed to be properly broken in, but after about four consecutive days of wearing it out, the watch has certainly taking to form, and even the rustic Brown shows signs of character as the band ages on its own. I will say, just like any weather, to not submerge the band in water, but obviously since the Apple Watch itself isn’t waterproof, this shouldn’t be hard at all. 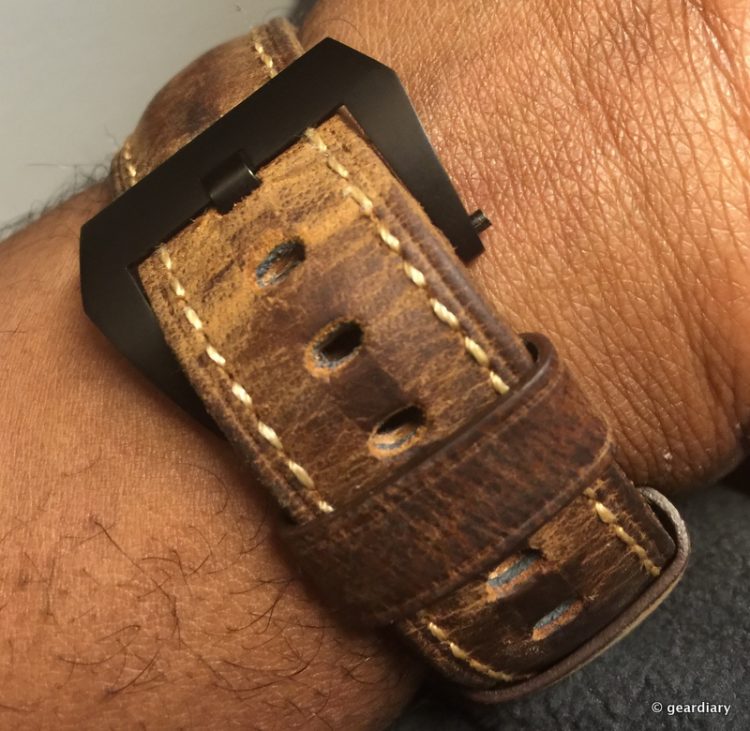 Overall, for $149.99, the quality you receive, and the elegance of the band is worth the price of admission. The learning curve for the first couple days of wearing are completely worth it, both in looks and function.

To purchase yourself one, you can head over to NOMAD today for more info!

What I Like: The broken in leather after a couple weeks adds some flair to all colors.

What Needs Improvement: May or may not look so great on the Silver Apple Watch models.