Let’s face it, most of us are disposing of our trash completely wrong. Some of us decide to separate our trash from our recycling, which honestly ends up doing more harm than good in terms of clutter. But what if we just want an all-in-1 system in one place? I think I’ve found that solution. 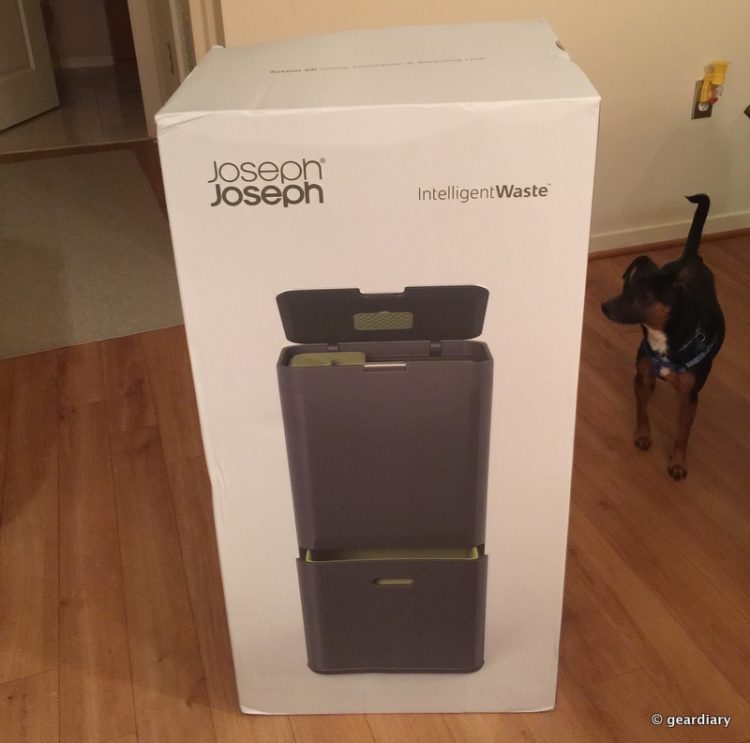 Luckily Joseph Joseph is a company that’s entire purpose is being innovative while solving everyday problems with their functional products. Making everything from cookware to storage items, Joseph Joseph sent me their Totem 60L IntelligentWaste Waste Separation and Recycling Unit. That’s a mouthful right? Well that’s because the Totem 60 is far more than just your average trash can.

Labeled as the ultimate in home recycling and waste disposal, I can certainly say that the Totem 60 is the best trash can that I’ve possibly ever used. I’ve used the kinds with the foot tap, I’ve used a few where you wave your hand over the bin and it opens automatically, but there’s something very special about this unit that you won’t find elsewhere. 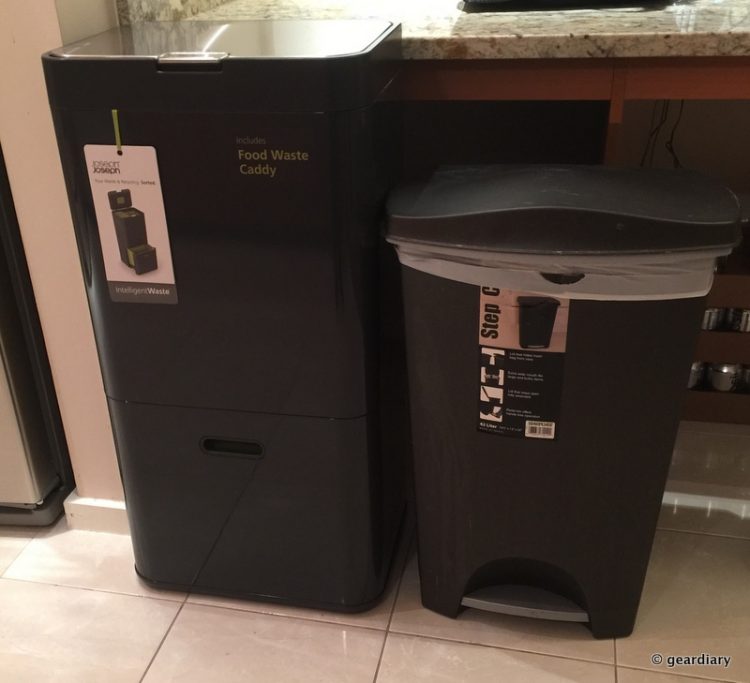 The Totem 60 versus my old trash can

At $250, it’s certainly not the cheapest trash & recycling unit on the market, but it’s certainly stylish. Available in three different colors varying from stainless steel, an off white colorway, I finally settled in on the Graphite color which added just enough flavor to my kitchen. All of the trash cans I’ve had previously have been standard black, which do nothing for the décor at all. There is also two other models in 58 liters and 48 liters. Here are some specs of the IntelligentWaste Totem 60: 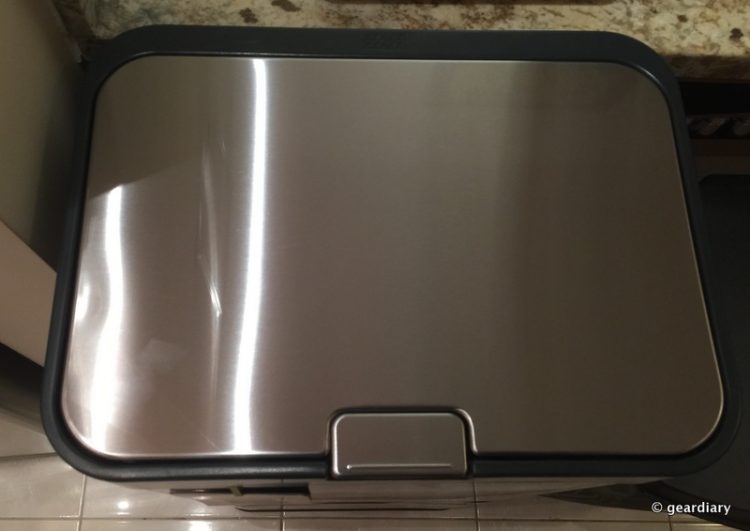 With the Totem 60, I’ve actually switched up my ways, being a bit more conscious of separating my waste from my recycling, which is something that I haven’t done for some time (obviously I still mess up but that’s beside the point). The Totem features a caddy style with a top that can be opened with the press of a button. 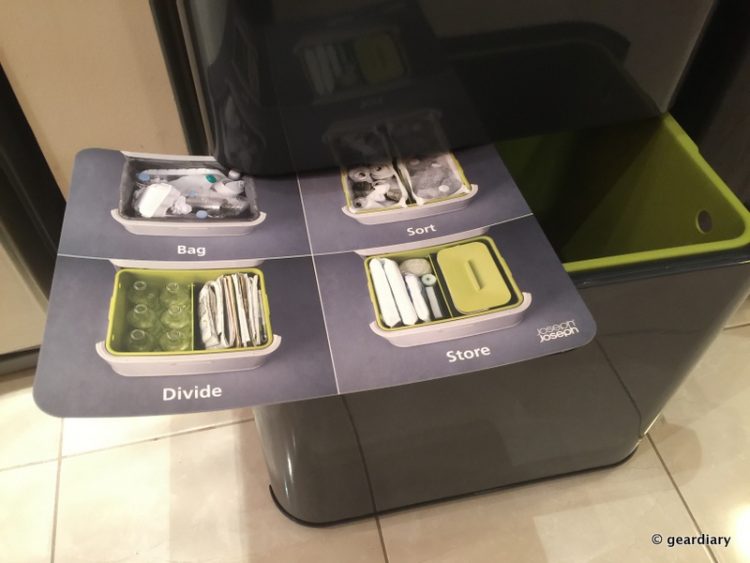 Beneath that there is a multi-purpose drawer where you can house other items that you choose to separate, including your recyclables. I’ve begun putting my bottles, glass, or plastic, and my Washington Post newspapers there. Since the bottom drawer pulls out, this makes it even easier to actually place your trash in. 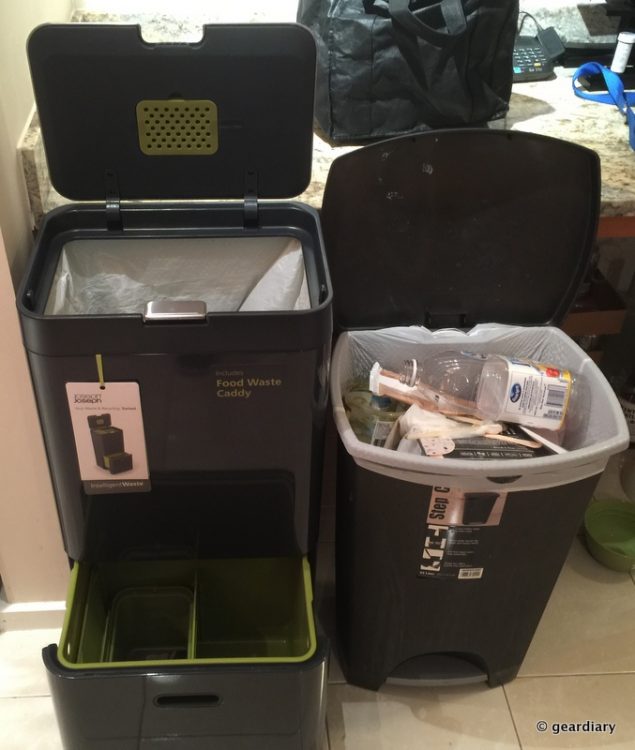 I did steal the idea from Joseph to actually use the food waste caddy while I’m cooking. With my prior trash can, I would have to continuously open and close the cover to throw away things like guacamole pits and the like. So with the Totem 60 coming with its own caddy, I can actually separate little things like this that would not only accumulate, but could potentially leak in the trash bag over time. So if you’ve suffered after cooking dinner from having a leaky bag, or it mysteriously ripped, the caddy comes in handy. It’s only 4 liters in size so this is heavily dedicated to small items. Best case scenario you can sit it with you while chopping things up, then AFTER placing it into the Totem 60. 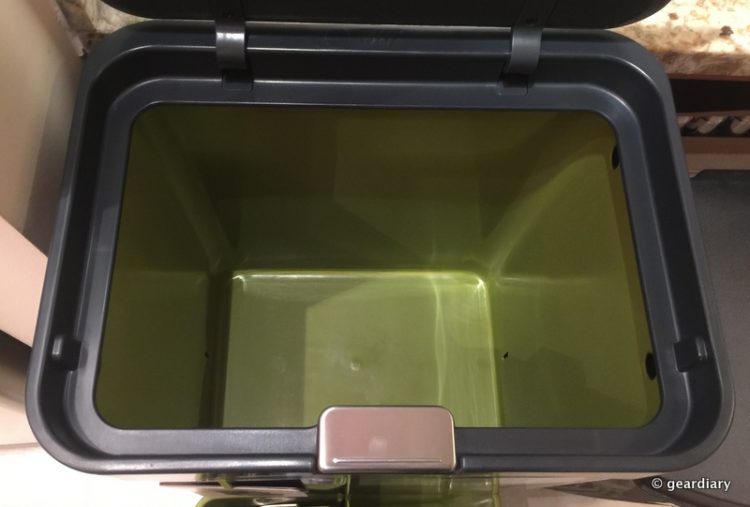 Most trash cans on the market while shaped for any trash bags, the difference I’ve seen with the Totem is that the IntelligentWaste Totem actually handles bags a whole lot better. Where my prior trash bin when the bag filled up at the top, I’d often find the bottom of the bag still somewhat empty, causing me to push the bag down with my hand. 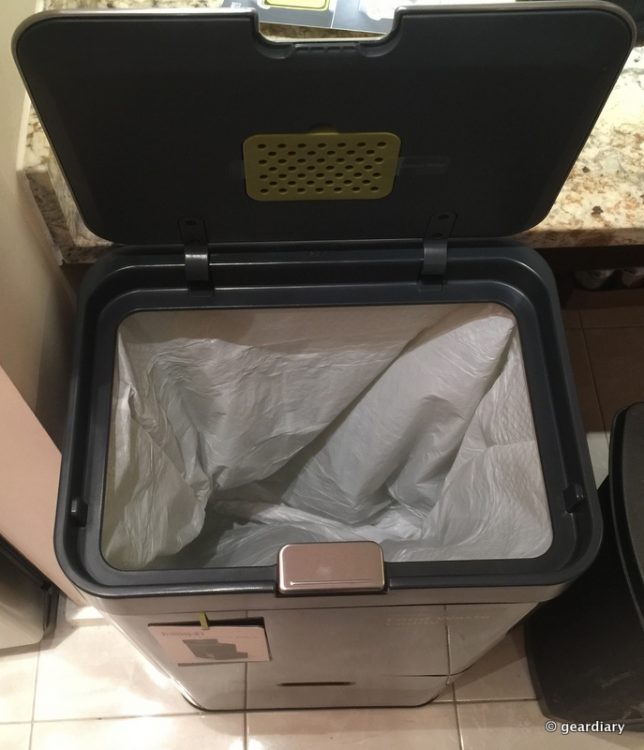 It seems the Totem 60’s top is made to fit up to 36L bags, and as you put trash in, the bag seems to even itself out since the bottom of the trash potion is completely flat, whereas most trash cans have a slant near the bottom for design.

Overall I love my Totem 60, and it’s literally made throwing things away look a bit classier in my kitchen. One thing I wish that the Totem 60 DID have was the ability to open the door latch at the top, just because, but honestly it’s not a feature that is a necessity. It’s very well made, and the ability to use the food waste bucket while cooking is something special, coming from someone who has made a habit of throwing everything in the disposal, or just in the trash. It’s fit every single bag that I’ve put in it, from a CVS bag at the bottom for recycling items, down to the Glad Force Flex bags for standard trash (without ripping or stretching out when adding to the actual bin). The stainless steel top does say fingerprint proof, however it still is prone to smudges with liquids and the like but nothing that a wipe down can’t handle. This product will easily last you a LONG time, and should be the LAST trash can that you ever use.

For more information about the Joseph Joseph IntelligentWaste Totem 60, you can head to their site today!

What I Like: The separate storage units is genius, and the included food waste caddy is very useful.

What Needs Improvement: Possibly touch free feature in an update?