Jawbone is one of those companies that seems to sit just below the surface of mainstream success. They were well known for Bluetooth speakers and headsets, then they were an early pioneer in fitness wearables. All that seems to have crashed down quickly around them, and it looks like Jawbone is in an ominous position. 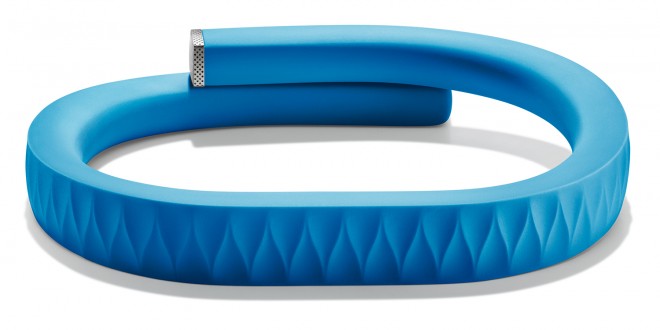 This week it was reported by The Verge that Jawbone is looking to sell their Bluetooth speakers and headphones business, plus they’ve turned over all their UP wearables inventory to a third-party for sales, with no further manufacturing of the current lines. These are obviously not the moves that a healthy, thriving company makes! Rumors are that Jawbone does plan to release a health-grade wearable focused on heart rate, but it’s likely not going to be an UP product if they’re discontinuing that line.

So how did this happen, and what’s in Jawbone’s future? It seems Jawbone was hurt in two major ways. One, they made their name in the Bluetooth headset and speaker business, but that quickly became a race to the bottom as prices dropped dramatically. In addition, the ubiquity of Bluetooth earpieces dried up as more and more cars began integrating hands-free calling; there was no need to buy a pricey Bluetooth headset when your car could handle it, AND didn’t need to be charged!

So it made sense that Jawbone pivoted to wearables, and it looked for a little while like they had the right idea. The original UP band was well received, despite some issues and their companion app was very well done with an easy to use interface and integration with other services like MyFitnessPal. The problem, however, was that the average person didn’t really know what a Jawbone was or why they should care. Meanwhile, Fitbit managed to not only strike gold with their Fitbit Flex (and later the Charge/Charge HR, etc), but they managed to get their devices into practically every retailer known to mankind. No joke, I saw a display of Fitbits in a Buy Buy Baby the other day…because when you’re ducking in to buy diapers and a onesie, you might as well pick up a Fitbit too. The problem for Jawbone was that they weren’t in all those places; yes, you could find a display of Jawbone devices at Target and Best Buy, but even in those places they played second fiddle to Fitbit, who often got end cap and other major displays in addition to placement with the other wearables. Basically, Jawbone didn’t have the same branding that Fitbit did, and it didn’t matter if their products were good or their app was superior; what mattered was that the average consumer didn’t want to spend $150+ on a device from a company they didn’t know.

It also didn’t help that Jawbone made a few mistakes with their wearable line that in hindsight were fairly catastrophic. There was a long delay on the Jawbone 3, and it ended up shipping without the originally promised waterproofing. Plus, by the time the Jawbone 3 did finally ship, the rest of the wearables world had added screens for easy reference of your daily stats. Instead, Jawbone essentially doubled down on the “wearables as an accessory” strategy, by releasing increasingly stylish versions of the UP bands. Unfortunately, it seems clear based on market share that people don’t want jewelry-like wearables as much as they seek something easy to use and quick to reference. It’s purely anecdotal, but every time I talk to someone who went from a Fitbit Flex to a Charge/ChargeHR, they all cite having a screen as one of their favorite new features.

This all leads into where Jawbone goes from here. This idea of a medical grade wearable is intriguing because none of the current ones from any company can truly call themselves medical devices. It could be that Jawbone sees an opportunity to stand out in a new way. Plus, to truly call themselves a medical device requires things like FDA approval, and it could be Jawbone is jettisoning other units to free up money for that endeavor. I somehow doubt they intend to do this alone, though. My guess is that they’re angling for the chance to do business with insurance companies, and/or they think there’s a chance a data-driven company like Google or Microsoft might snap them up for those health opportunities.

No matter what happens, it’s clear that Jawbone isn’t sticking around the consumer markets. It’s a shame to see a company with creative ideas and early footholds in many markets fall by the wayside, but unfortunately, Jawbone found themselves in two very competitive markets playing musical chairs, and they failed to grab a chair both times.