I like drinking coffee, but I don’t like stale coffee breath or feeling like I need to brush my teeth after every cup. After seeing GO CUBES at a recent event, I was intrigued. The premise is that there are two cups of coffee in each pack of four; two gummy cubes equals one cup. 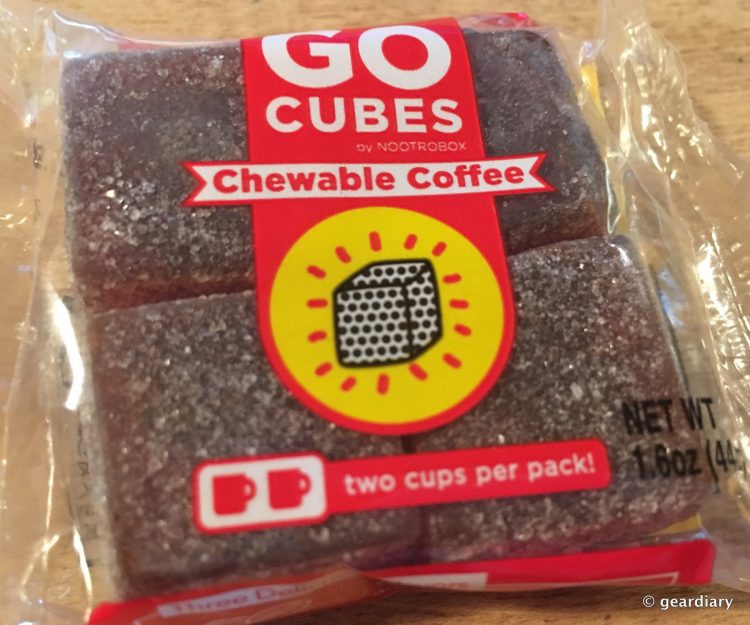 GO CUBES combine the kick of coffee with the relaxation of green tea. And instead of putting your coffee in a cup, you can put it in your pocket, for performance on the go.

Each cube has 50mg of caffeine in it which equals about half a cup of coffee. The company says that through their research and development they’ve “reduced the jitteriness of caffeine and added nootropics for a well-rounded, steady and focused feel.”

I gave them a try today, and the first thing that I want to mention is that GO CUBES smell delicious when you open the package — not quite as good as a steaming cup of joe, but definitely yummy. After popping one in my mouth and sucking on it for a bit, I enjoyed the lightly sweetened coffee flavor, and after chewing one decided that they were pretty tasty — even satisfying. 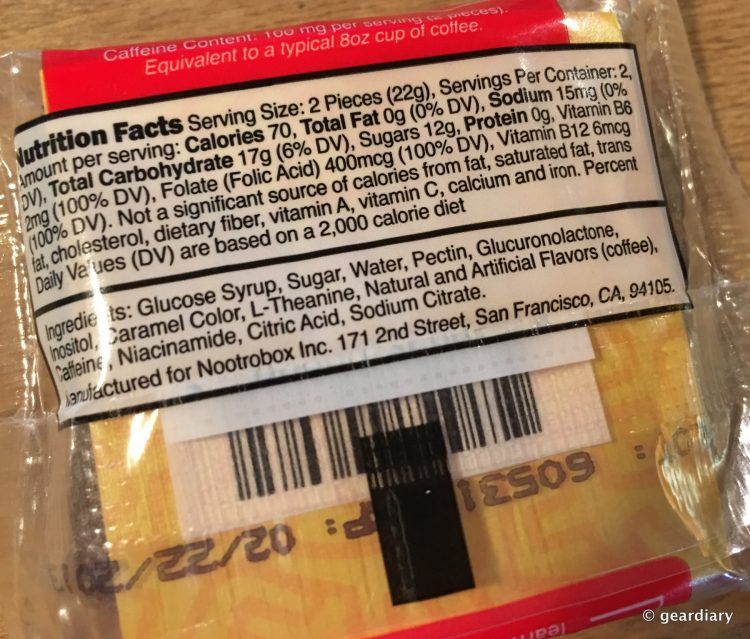 No burnt tongue, no chance of spilling on a white shirt, and no need for fattening creamers or extra sweeteners — what’s not to like?

Granted, GO CUBES contain glucose syrup and sugar, but with a calorie count of 70 for two cubes and no added fat, they work out a bit better than my favorite whole milk grande latte at Starbucks, which weighs in at 220 calories and 11 grams fat.

Obviously, black coffee drinkers may not appreciate what I’m considering a fat and caloric savings since their cups are usually fat and calorie free. 😉 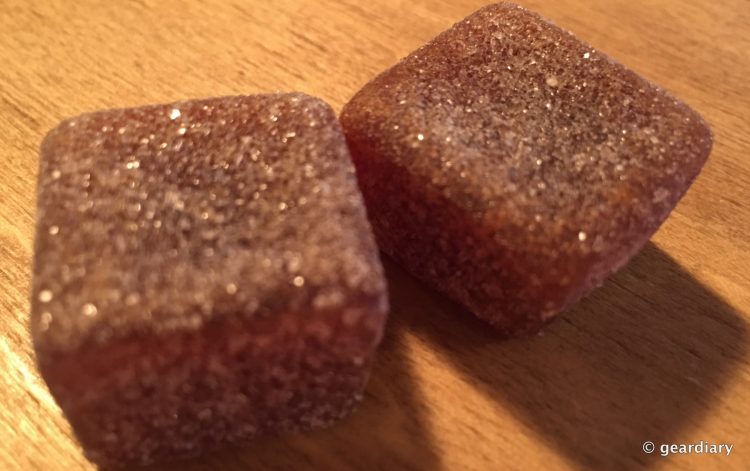 Chewing two GO CUBES is not quite the same experience as leisurely sipping on a perfectly made hot cup of coffee, but the result is roughly the same without the fear of a spill — GO CUBES taste good, and after having two I feel satisfied and alert with no jitters.