T-Mobile just updated their guidance about what truly constitutes unlimited on their network. Previously, the company used a “soft data cap” usage limit for smartphone users of 26 GB which was what they say the average top 3% of users consumed in a typical month.

This soft cap included Binge On data usage and applied to unlimited plans but only in instances where T-Mobile claimed users were in a congested area. 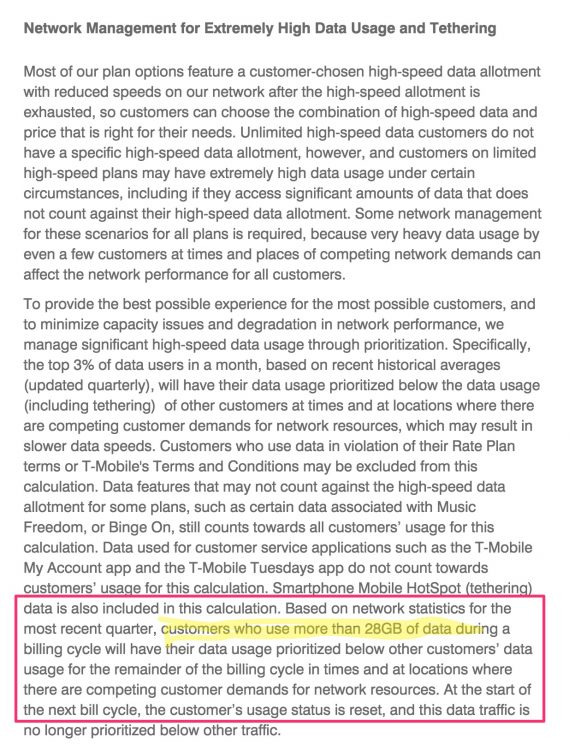 The company has come under fire recently for lowering the priority they assigned to tethered data when surrounding towers are congested.

We’ve primed the network for on-device use. So now when there’s congestion, you may notice higher speeds for data on your T-Mobile devices versus Smartphone Mobile HotSpot (tethering).

The new limit is 2 GB higher than the previous 26 GB. It’s worth noting that this limit only kicks in for congested cell tower usage which means a user with 50 GB of total monthly use in a non-congested area may never notice a slowdown while someone with a little more than half that in a congested area such as Chicago would likely see throttled speeds.