Are you looking for a multifunctional case for your new iPhone? Chances are you’ll see many announced at CES, but not quite like the OneCase. 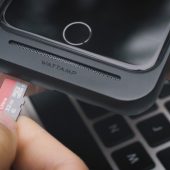 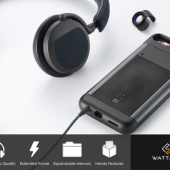 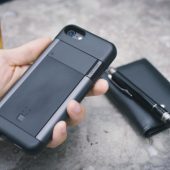 Created by Watt Amp, the OneCase is the world’s first iPhone case that features a THX AAA Amplifier. Designed to not only give you awesome protection for your phone while being light and portable, the OneCase brings back the 3.5mm audio jack that you iPhone 7 users have been missing since Apple doing away with it back in September. What’s more, the OneCase also has a memory extension feature that’s supported by SDXC card so you’ll never go without your favorite media on the go, extended battery life, and a detachable lens for you photographers out there. If you enjoy movies on a long flight but only traveled with your smartphone, there’s a kickstand and a hidden compartment for Sim and SD storage if you need it.

The OneCase’s comes in two models for the iPhone 7 and 7 Plus giving you extended battery (1100 mAh for the iPhone 7 and 1500 for the iPhone 7 Plus) which is great if you are out all day and can’t bother with getting to an outlet. The SD card slot supports up to 256gb of memory, which for someone with a 256gb iPhone, I’ll certainly take just cause. You can swap as many cards as you want, all while backing up your music, video and photos using the OneCase iOS app for free in the app store.

“The OneCase is the next generation of smart case for iPhone. It takes performance to the next level with class leading functionality, premium aesthetics and ultimate performance. “Says Edward Ku, the former head of electrical engineering in Logitech Audio and OneCase project lead. “OneCase work for all the newest iPhone including iPhone 6/6s/6+/6s+ & iPhone7/7+, please support us in indiegogo to bring OneCase live!”

For more information about the OneCase by Watt Amp, head over to their IndieGogo campaign today.