It’s easy to take clean water for granted — we just walk to the tap, turn it on and are rewarded with cool, clean, drinkable water. That isn’t the case for everyone in the world, though. 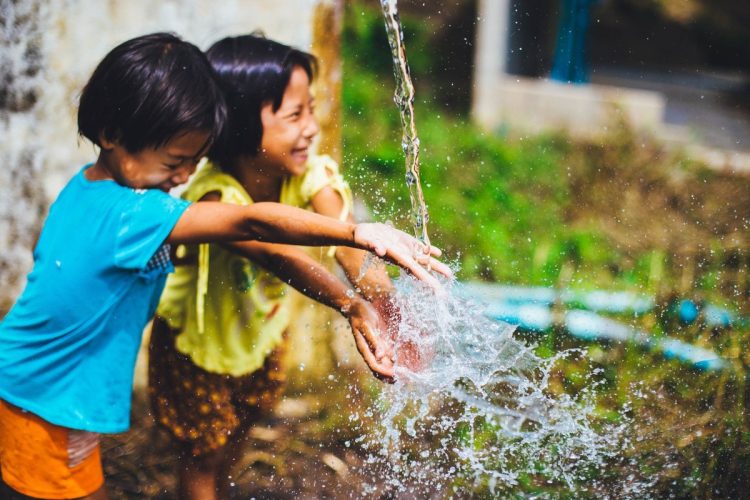 More than 783 million people across the globe don’t have access to water that is clean or safe for them to drink. In some developing countries, poor water quality accounts for 80% of illnesses in those areas.

Companies around the world are trying to come up with cheap, portable solutions for water purification to make sure everyone in the world has access to clean water. One company, Waterologies, may have found a solution that takes advantage of one of the most underutilized sources of power in the world — the sun.

Waterologies showcased different models of solar-powered water purifiers at last year’s iWater Conference, in Barcelona, Spain. These devices require no external power and no chemicals to purify the water, yet they can purify up to 1,000 liters of clean water.

In addition to the chlorine sterilization, the device is equipped with a skimmer to remove larger particles. These self-contained devices have water quality sensors built directly into the machine, so there’s no risk of drinking water that hasn’t been properly sterilized.

Building-On Ideas That Came Before

It isn’t the first time that solar-powered water purification systems have been used in areas where fresh water was scarce. The Mexican village of La Mancalona was equipped with a solar-powered water purifier in the later months of 2015. Instead of using a chlorine generator, the system uses two solar panels to power pumps that push water through a reverse osmosis filtration system.

The system employed in Mexico was designed by MIT and has already been extremely beneficial for the town. Now, residents can purchase 20-liter bottles of water for 5 pesos each — not quite a quarter in change. The money collected for the water goes directly back into the maintenance of the water purification system.

In areas like La Mancalona, where you’ve got a lot of sunlight to work with and little to no clean water, these systems save lives.

One of the most common bacteria in a water purification system is iron-related bacteria. Iron related bacteria can be a problem because it can pull iron from the water, and, in response, the water secretes a slime that carries other bacteria and clogs systems.

These bacteria can be very hard to eradicate, and, without the proper tools or chemicals to get rid of it,  iron related bacteria can potentially shut down a vital water purification system.

Solar power was once a massive investment, but today, you can buy solar power adaptors for everything from your cell phone to your coffee maker. The push toward cheap and affordable solar power can help change lives in areas where power infrastructure hasn’t been developed yet.

In areas that receive a lot of sunlight throughout the year, solar power can be used for everything from heating homes to running small appliances, and, of course, purifying water. Cheap solar power is a great way to help bring advancements to developing countries where the infrastructure support has not yet been developed.

Hopefully, more companies like Waterologies will work toward a better, cleaner tomorrow. Solar-powered water purification devices can help solve the problem of clean water for the millions of people around the world that go without. When you’ve got a fully solar-powered device that can filter up to 1,000 liters per hour, you’ve taken the first steps toward changing the world.