For most of the articles and reviews that I do for Gear Diary, I tend to take the photos with my iPhone 7 Plus or my iPad Pro. However, some photos are hard to capture and require me to get assistance.

More recently I’ve begun taking more photos and videos with the iPad Pro, thanks to its larger screen; I can get a larger view, but since the tablet is 12.9-inchs, it’s not very stable to hold. That’s where the Caddie Buddy Tripod mount comes into play. 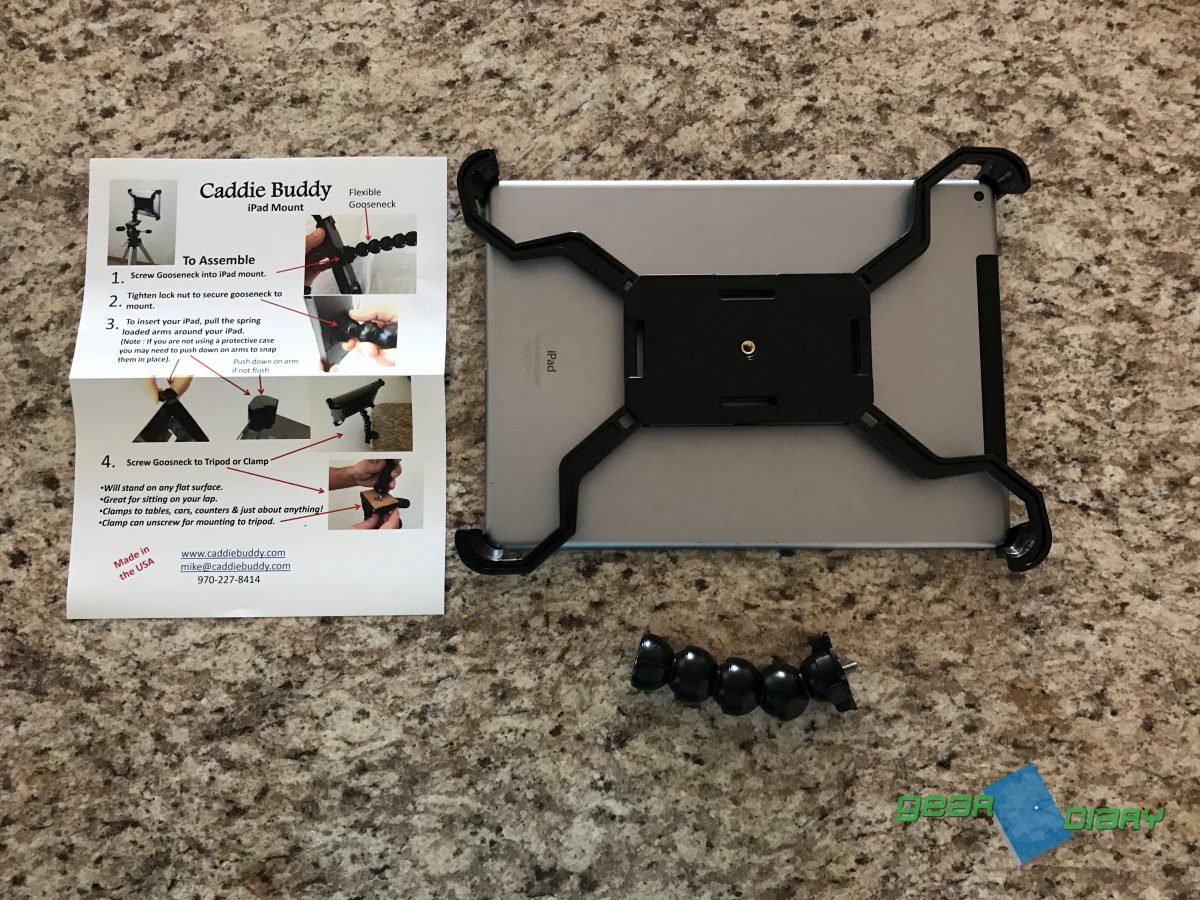 If you’ve ever decided you want to shoot video, or just wants image stability for your photos, the Caddie Buddy is one unique approach to tripods. I’ve used tripods like the Grifiti and Joby brands, but the Caddie Buddy is in a league all its own. It’s also one of the most secure mounts I’ve used to date. Created by Mike Buchner, an engineer for 25 years, the Caddie Buddy was invented after Mike, a frequent golfer decided that the standard sized mounts weren’t stable enough to use while on the green, and a flagger didn’t do the trick either. 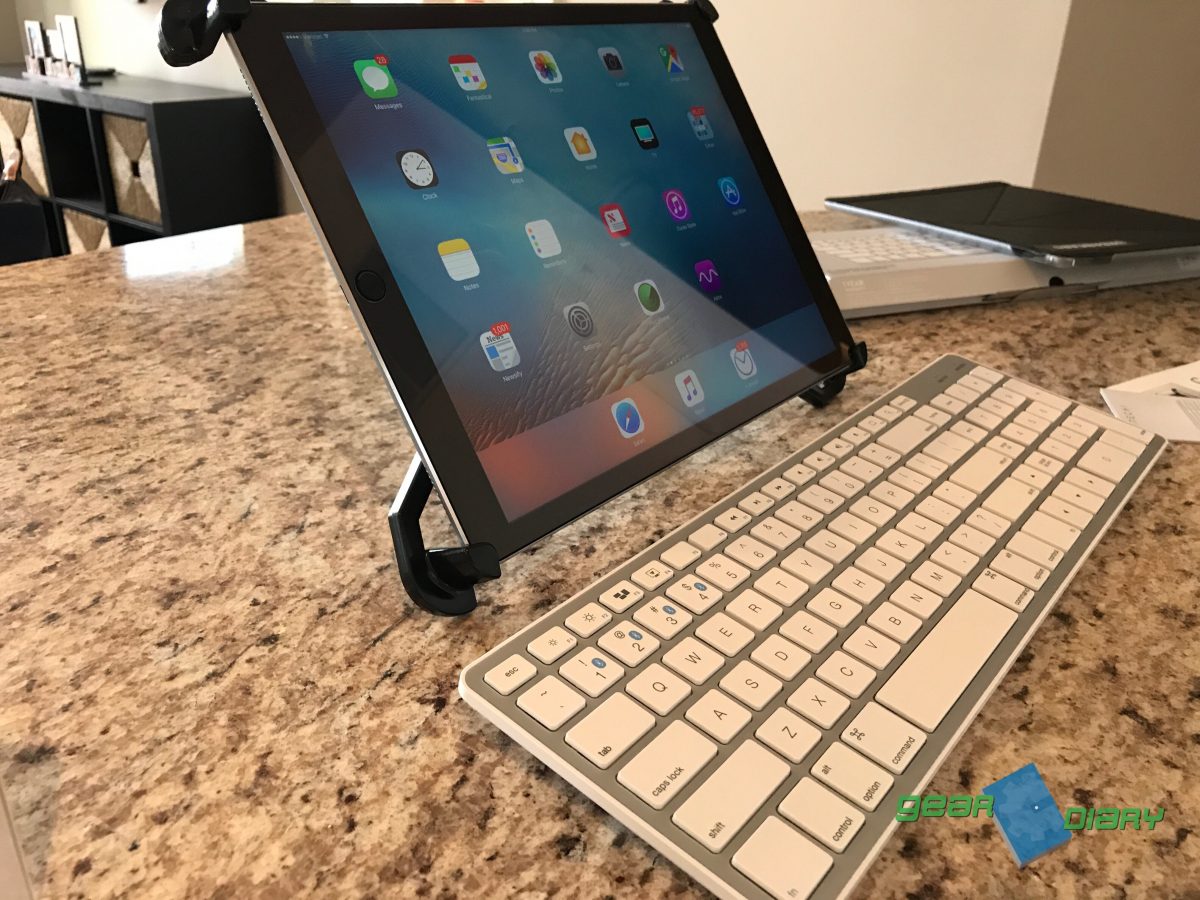 That brought along the Caddie Buddy, which started as a golf cart mount, and after his friends caught on to the innovation, he began to create mounts not just for golfing but for iPhones, iPads, and even for the GoPro. That brings me to the iPad Pro Mount. Available for $49.96, the iPad pro mount fits the larger iPad Pro like a dream and the setup is super simple. Instead of having a singular metal clamp like the competition that sits at the center of your device, the Caddie Buddy for iPad Pro features four spring-loaded fingers that wrap around the iPad Pro’s corners (with or without a case at that!), which makes it more secure. 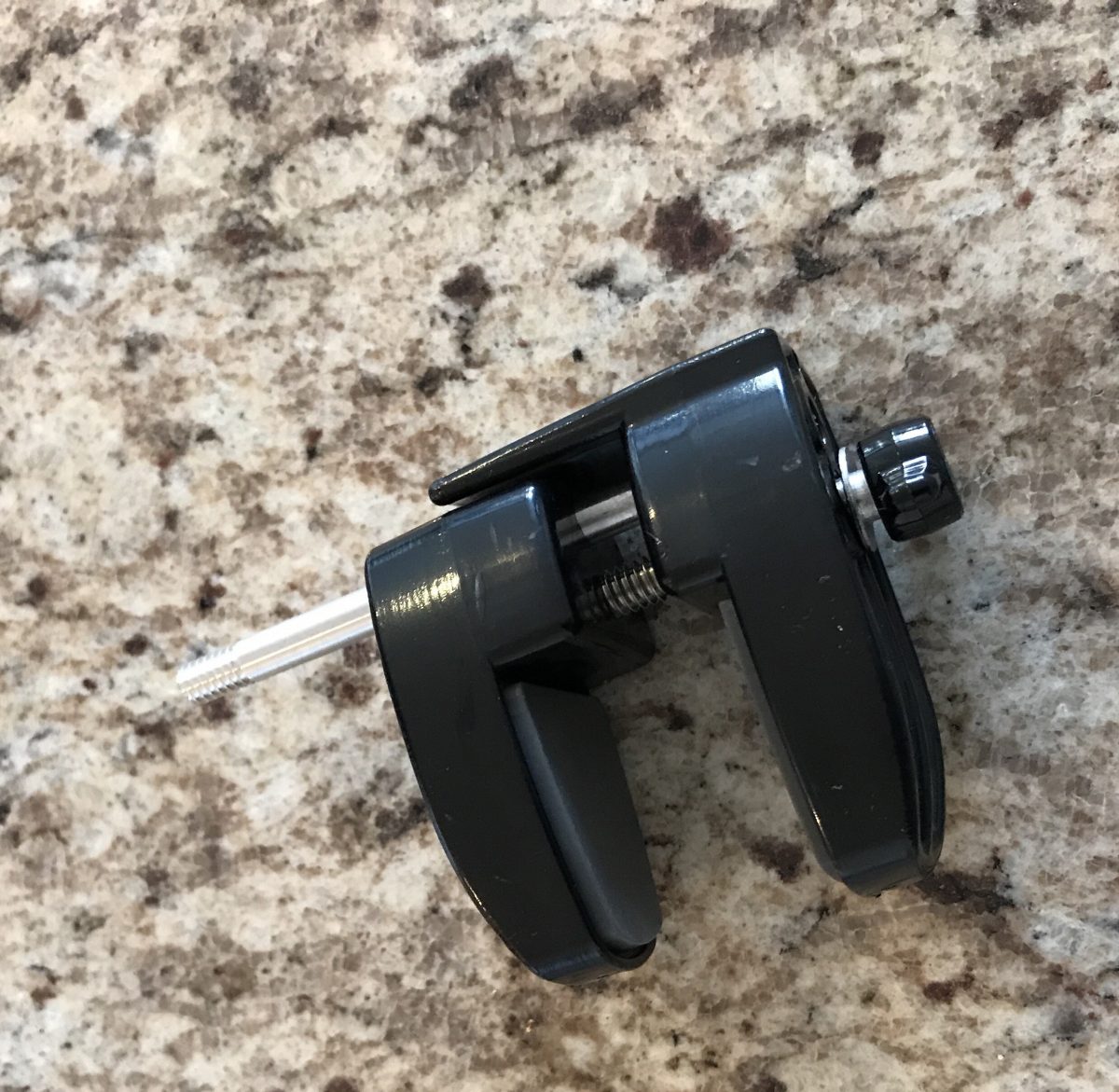 While the Caddie Buddy is just the mount and not the tripod, rest assured that the Caddie Buddy is compatible with many of the standard tripods on the market today. So those of you who have a child who you want to film that Saturday afternoon soccer game, or even if you do a bit of movement yourself and don’t want to tell a friend to hold the camera to catch the footage, you can do it all yourself with the Caddie Buddy. 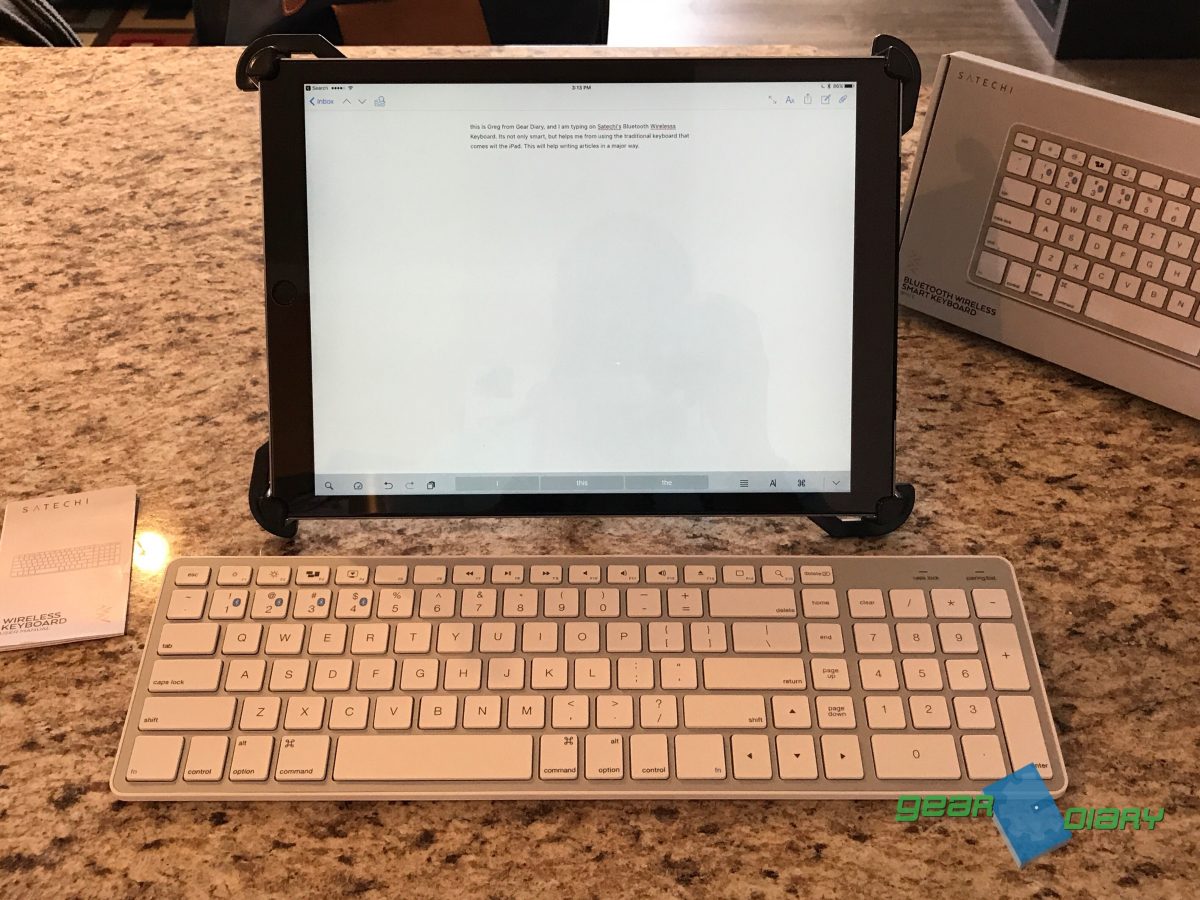 I use it in two different scenarios. When I’m at a coffee shop and I just have my iPad Pro with me, I carry around my Satechi keyboard with it. Although the Moshi VersaCover I use with the iPad Pro is great, the viewing angle isn’t as good as with the Caddie buddy. Now when typing up an article (such as this one), I can comfortably use the Caddie Buddy even without a tripod at an angle and type up articles and browse the web. 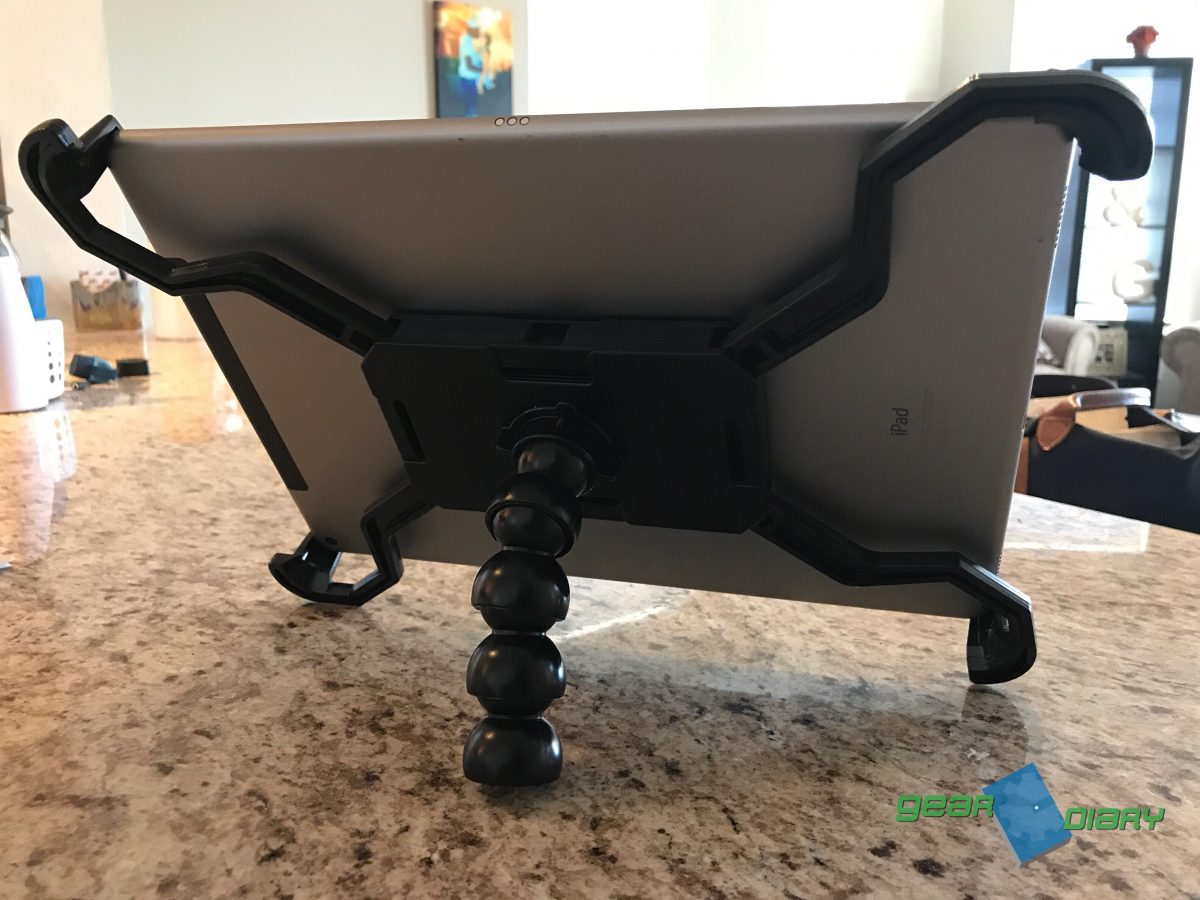 But the Caddie Buddy is also functional in the kitchen as well. When sitting eating dinner, I can watch a movie straight from my iPad Pro with the stand, but thanks to Caddie Buddy, they even include a sturdy clamp that you can screw onto a countertop if you do not have a tripod which works great for desks, counters, you name it. 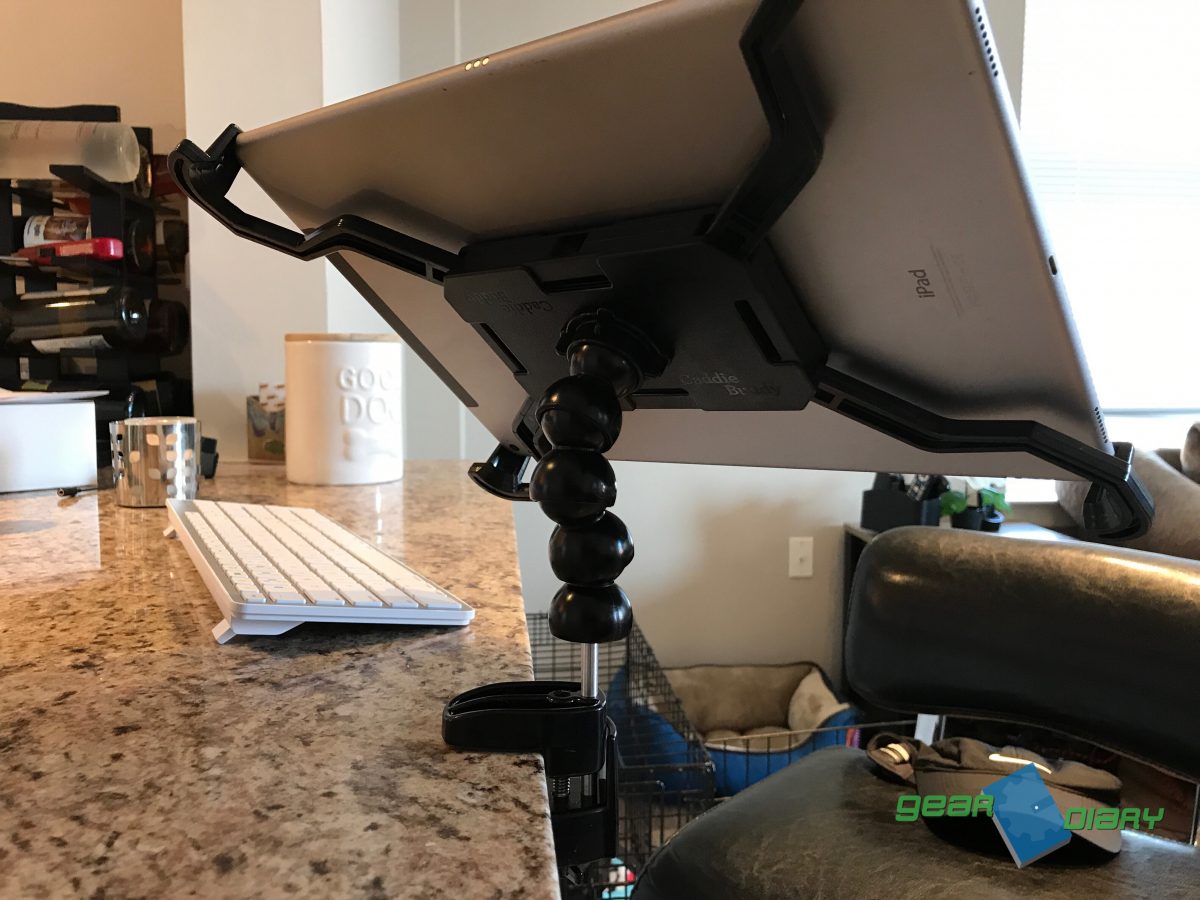 I have yet to be able to use it on an airplane tray yet, however, on my next trip, I will be using this as I hate how small airline trays are, especially when it comes to using the oversized iPad Pro. 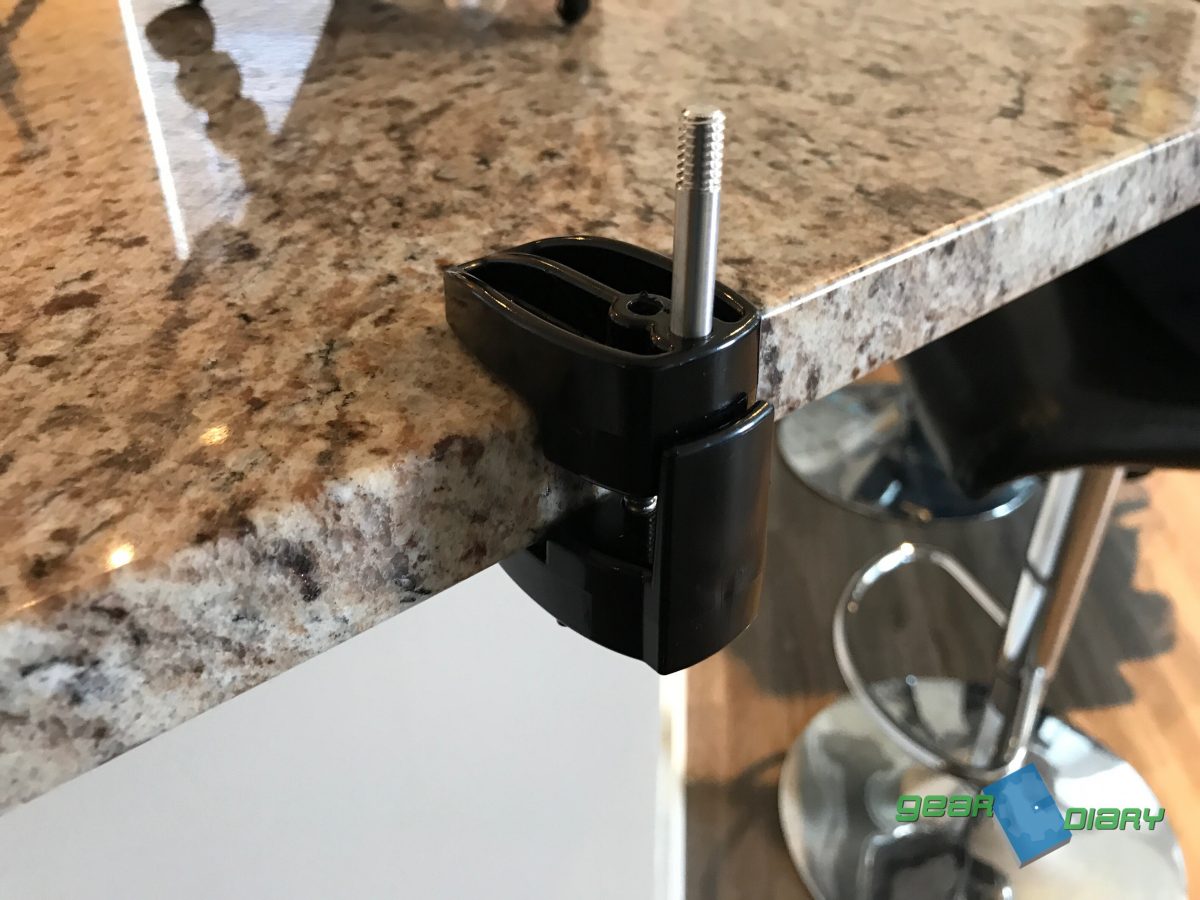 Since the Caddie Buddy’s flexible gooseneck allows various angles, it’s a perfect companion while on the couch, in the bed or on the go, and is more adjustable that most cases on the market, including many of those larger name “mounts” on the market. 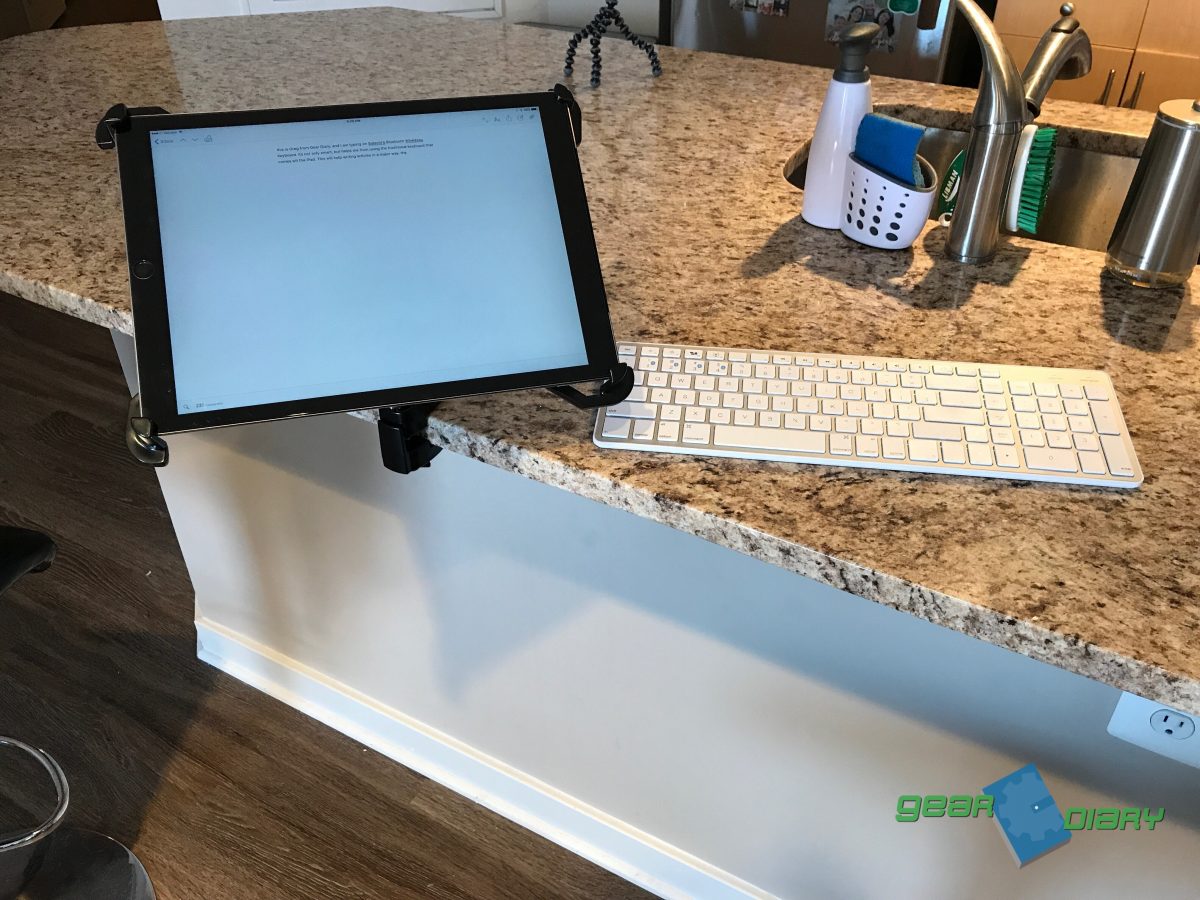 And with a small footprint, when the iPad is not physically in the Caddie Buddy, you can toss it in your bag and go without a care.

Regardless if you have a tripod or not, there are hundreds of ways you can use the Caddie Buddy, from reading and writing, recording movies, or even just casually watching a movie.

For more information on the Caddie Buddy, you can head over to their site today.

What I Like: Portable, viewing angles are nice and great for family photos; Can be used with various third-party tripods