It’s no secret that Amazon’s Echo devices are popular. The AI that powers the system, named Alexa, allows owners to do a lot of unique things, like ordering new products with voice commands or even controlling smart home technology. 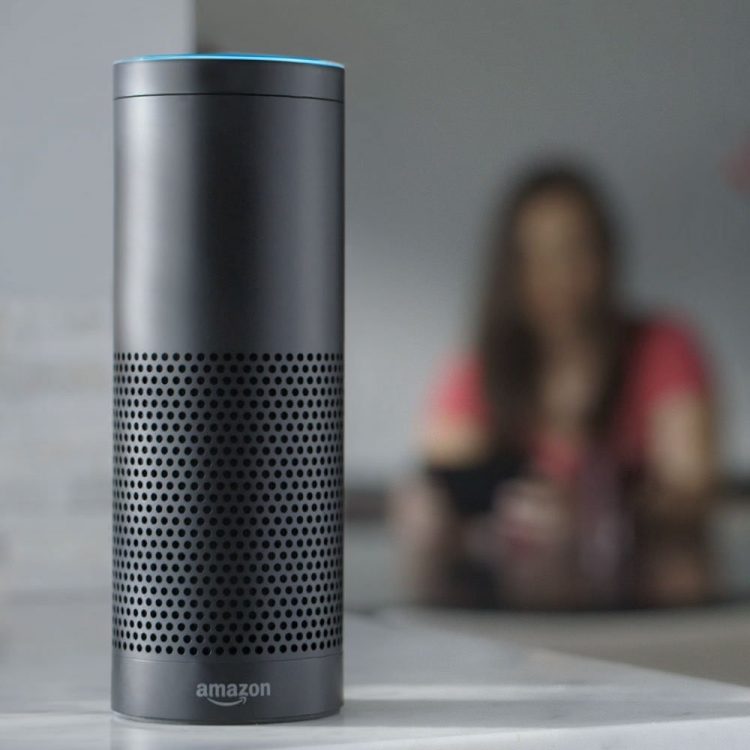 The space is really starting to get competitive with Google Home, and now what is rumored to be an Apple-branded smart voice assistant. That’s right — rumors claim Apple will be launching a smart speaker that will house Siri, the company’s own AI personality.

Presumably, the speaker will offer similar functionality but will also double as an AirPlay device to work with Apple’s growing iOS platform. That means you will also be able to use it to play music, audio and maybe even other forms of entertainment.

What Can the Siri Speaker Do?

This isn’t exactly fresh news. Rumors about a Siri-powered speaker from Apple have been ruminating for a while now. What is interesting, however, is the talk of potential features.

The most recent rumors were shared by Sonny Dickson on Twitter, who is renowned for revealing — or leaking, if you prefer — insider information on the tech industry. He says Apple’s speaker will have a “concave top” with controls that are reminiscent of a Mac Pro. The latter is probably a reference to the latest model Mac Pro’s unique and customizable touch bar.

He also claimed it will have “some form of Beats technology,” which, as you may already know, is an exceptional audio standard. If that’s true, the Apple speaker will sound good when playing music — real good.

The AirPlay support means the speaker will be compatible with more devices and have better-quality streaming, as it uses Wi-Fi over Bluetooth.

Finally, it’s not a stretch to assume the speaker will also work with Apple’s HomeKit platform, which includes a variety of smart home technology and devices. That would, in turn, mean you can control your smart home by calling out commands to Siri.

Siri vs. Alexa: How Does It Hold Up?

While it is difficult to say exactly how the Siri-powered speaker will fare against its rivals, namely Amazon Echo, we can at least make some educated guesses.

In terms of basic or core functionality, Alexa and Siri are almost exactly the same. You can schedule reminders, search the web for information, look up weather forecasts, show schedules and much more. Also, since the Apple device is a speaker, it’s obvious you will be able to play music on it, just like you can with the Echo.

Siri is clearly more focused on smartphone and mobile-type actions currently, but we’re confident Apple will expand her reach once the speaker arrives. They’ll want her to be able to do more and interact with more, so it’s a reasonable assumption.

What really sets the two apart, however, is when it comes to third-party functionality. You see, Apple is content with locking down their system and making you use, well, Apple-branded services. That means Siri cannot work with something like Spotify.

Alexa, on the other hand, can.

Not to mention, Alexa and Echo devices are from Amazon, so naturally, they are going to work much better when it comes to ordering products via the retail site. No doubt, Apple’s speaker will have some kind of remote ordering service too, but it’s tough to imagine it being as robust as Amazon’s offerings.

Does that mean Apple’s speaker will be inferior? No, absolutely not. It just means that it’s going to be tailored to a more specific crowd. In this case, that happens to be a crowd filled with Apple enthusiasts.

If you already have your house outfitted with Apple HomeKit-enabled devices, have an iPhone and swear by Apple’s products, then the speaker is a no-brainer, really.

When Will the Siri-Speaker Be Available?

Apple has yet to make any official announcement or even tease the device, so it’s difficult to say when a release might happen. Rumors point to a launch sometime in the second half of this year, though no exact date has been mentioned.

We’ll just have to wait and see what Apple is up to. Do you think a Siri-powered speaker is truly on the way? Are you interested in such a thing? Are there any features you hope will make the cut?