Summer is the season where everyone wants to be by the pool, getting a tan, or on the beach, surfing the waves and enjoying various bodies of water. However, before you decide to take that new iPhone 7 of yours out on the sand or deck with you, make sure you pick up a LifeProof Nuud to throw on it. 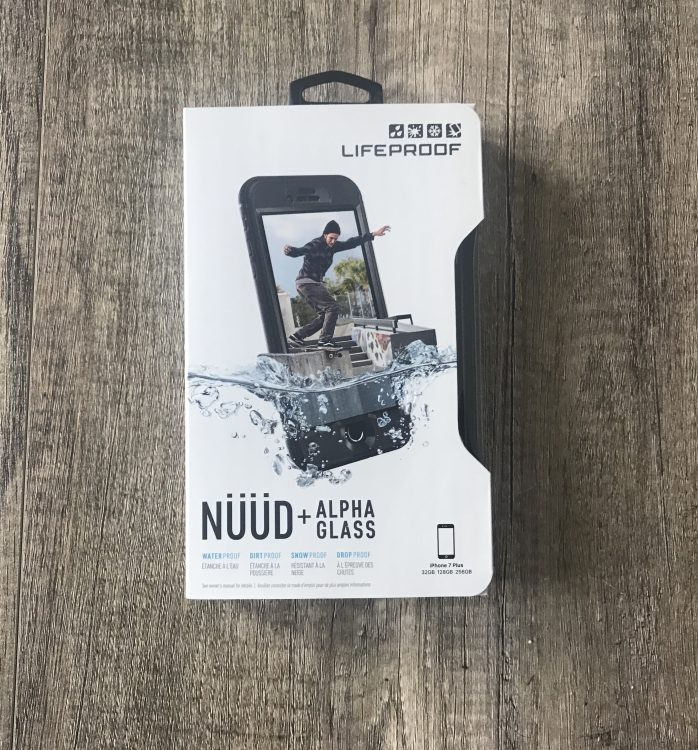 LifeProof sent us over their LifeProof Nuud With Alpha Glass Screen Protector to check out, and I’ll be completely honest, I probably won’t be using another iPhone 7 Plus case until the iPhone 8 comes out. Not only is the LifeProof Nuud slimmer than the iPhone 6 Plus model I used before upgrading to the 7 Plus in 2016, but it’s that much more protective. 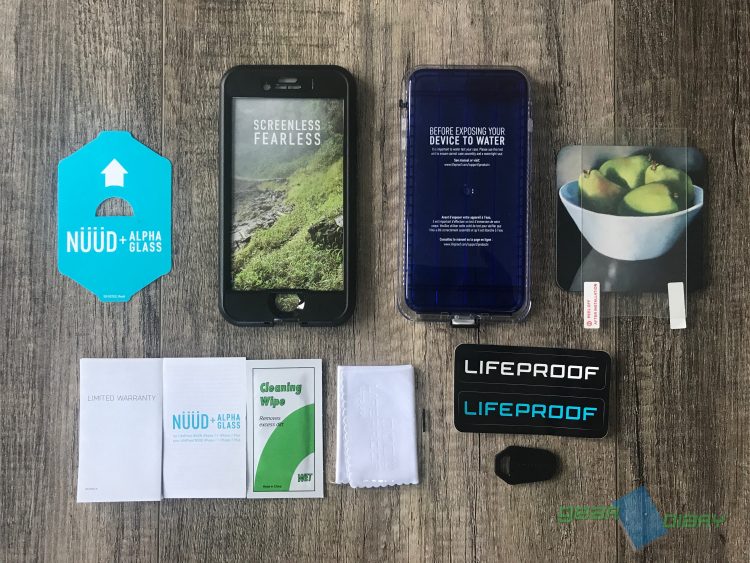 2017 is going to be filled with day trips to the beach, and even more days at the bar, which means chances are I’m going to need something that withstands the elements, and if you know anything about LifeProof cases, you know that they stand by their name. I received the black color of the LifeProof Nuud but they have them available in a host of different colors that you can interchange to meet how you’re feeling that day, or just whatever option you decided to go for when you purchased your iPhone 7. that being said the LifeProof Nuud will also protect your Jet Black iPhone 7 or 7 Plus from those hairline scratches. If you went the ways of the Matte Black like I did, however, you were not presented with such first world problems. 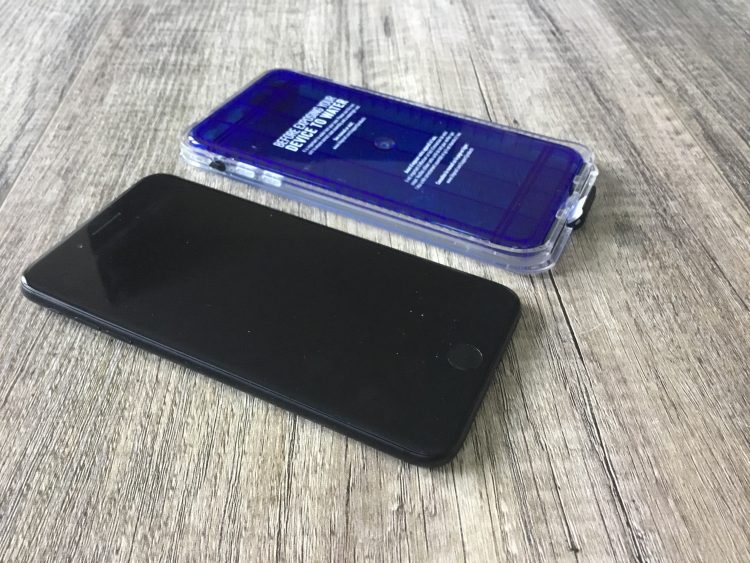 One problem that I had with the Catalyst case that I received to review was hands down the screen protector. I absolutely dread having film screen protectors on my phone, mainly for typing purposes, but most importantly, they eventually turn an ugly orange hue or just get warped after being in the water. On top of that, oily fingers do NOT agree with them.. which in my case will be courtesy of sunblock being reapplied to my phone’s screen for the next 90 days of Summer. LifeProof was a bit forward thinking on this go-round, by creating their Nuud + Alpha glass model with is still as water/dust/dirt/snow/drop/baby proof as you can possibly get with one addition: There’s an actual glass screen protector that you can add to the LifeProof.

This model cost a bit more than the normal “Nuud” by LifeProof, and unfortunately, LifeProof doesn’t sell the glass protector separately, which is a huge bummer. I mean, what if you accidentally jinx yourself and the glass cracks, right? You have to contact LifeProof and go through the process of getting another one shipped to you, etc., etc.. but hey… it’s better than actually having your screen itself crack, right? This is why if you have to pick between the normal Nuud and the Nuud + Alpha glass, trust me — go with this model, you’ll save yourself a world of trouble, and you’ll get the glass screen protector that you can’t buy individually. 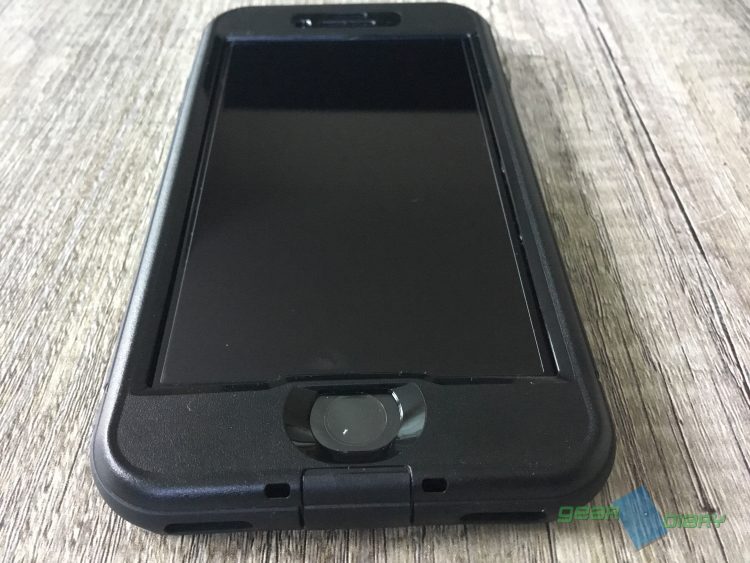 Since we’re speaking of the glass screen protector, let me say this… I was pretty bummed with how it doesn’t “completely” cover the entirety of the screen. Since LifeProof states you should put the case on before applying the case, LifeProof made it so that the glass would fit perfectly flush with the case. The issue is you have a teeny bit of space that on each side that now is not only able to get scratched, but it just looks odd, at least to me. Slight oversight there, LifeProof, but still… I stand by it. When typing you won’t notice the difference because the glass is wide enough to go the length of the keyboard when typing, however when swiping or playing games, if you’re paying too much attention, yes, you’re going to slightly notice the spacing. 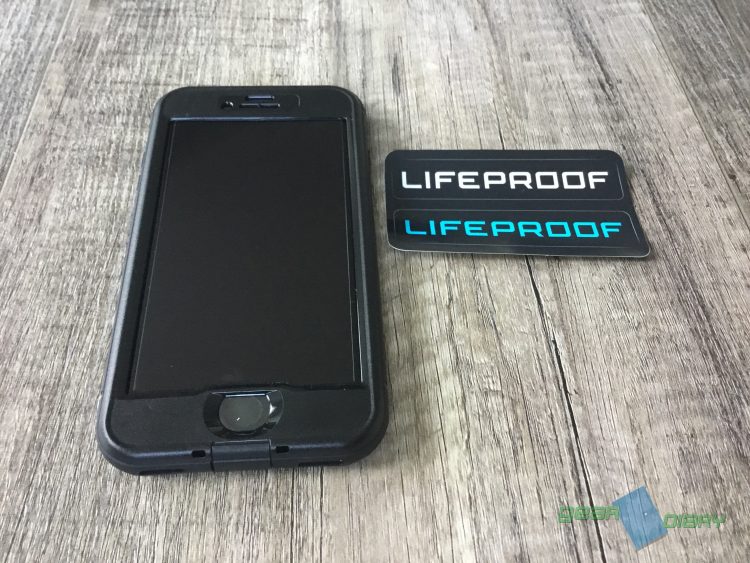 The Nuud itself though is something to enjoy as well though. With a slimmer profile, a new addition to this Nuud that wasn’t included in the previous model I have was the nifty mute rocker switch. Before LifeProof’s mute switch mechanism I dreaded, and would constantly try to mute the phone and it would never change. I guess this was an issue for many other customers as the brand opted to go with a slimmer and admittedly sleek toggle button that you push left to right in order to get to work. Dare I say this is my favorite feature of the Nuud (not to be confused with the Alpha glass of course). 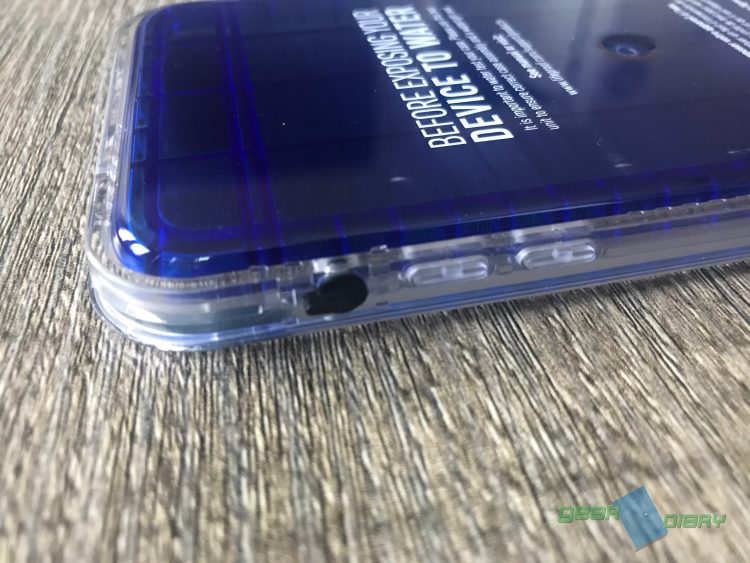 In terms of durability, if you’re familiar with LifeProof, then you know that every case is individually water tested in LifeProof’s factories (although they still suggest testing at home with the included blue tester that comes in the box), to make sure that your phone won’t get ruined in a downpour or while hitting the waves. Also, the Nuud is U.S. Military standard drop and shock tested for maximum protection, or to put it plainly.. if you drop it at waist height, it’ll survive. I’ve dropped my LifeProof Nuud three times in a month… once off of a bar, another off the nightstand, and even outside of my car as it sat on my lap, and it’s still been ticking. So much so that even the clear back of the Nuud didn’t take damage at all. Any other traditional case would’ve folded under the pressure, so kudos to LifeProof for sticking to their words. I’m not sure they read my review a few years ago or not, but I’m very happy with everything LifeProof has done since then. 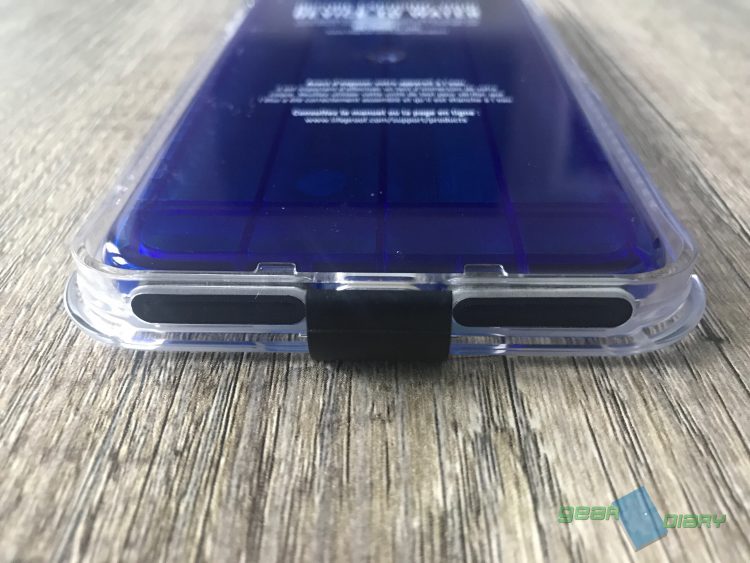 I couldn’t say all of that without having a slight knock at them, however. The LifeProof has an IP-68 Ingress Protection, meaning it can be fully submerged in water for eight hours up to 6.6 ft. Now, this won’t matter if you just plan on sitting on the edge of the pool, but if you plan on taking a deep dive of more than two meters, the Nuud might not be the case for you. Coming from the Catalyst that could last for up to 33 Feet, which is more than triple the depth it could last in water, it was a bummer that LifeProof couldn’t do more. Then again, not a lot of people will care about this, or be in water that long so this is just something in the case you do decide to go snorkeling while taking photos on a trip. I still prefer the LifeProof in terms of overall size, it’s a pleasure to hold in my hand and I absolutely love the cutouts for the front and rear cameras. The front camera does get a little dusty when in a pocket because the cutouts are recessed, but nothing that a splash in the sink can’t fix. 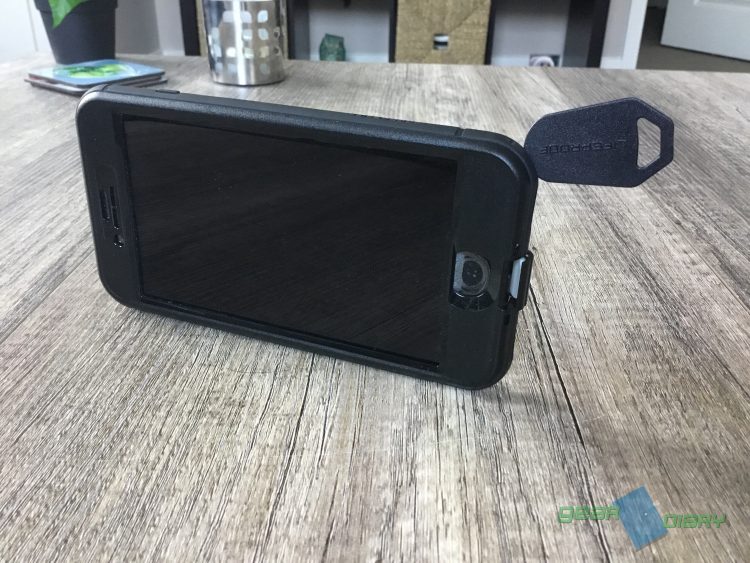 If I had to pick between the Catalyst and the LifeProof, I’m going with the LifeProof. In real-world cases, it’s a practical case that feels great in the hand, better in the pocket, and although it adds a little bit of weight to your phone, it’s less that what the Catalyst does, and it looks a bit better at doing so. The Touch ID never fails me, despite having a smaller cutout area for plugging the phone in so if you do have a speaker dock that you’d like to put the LifeProof in, make sure there’s enough room first. For comparison’s sake, the Nuud doesn’t fair well with Apple’s own iPhone 7 Lightning dock. 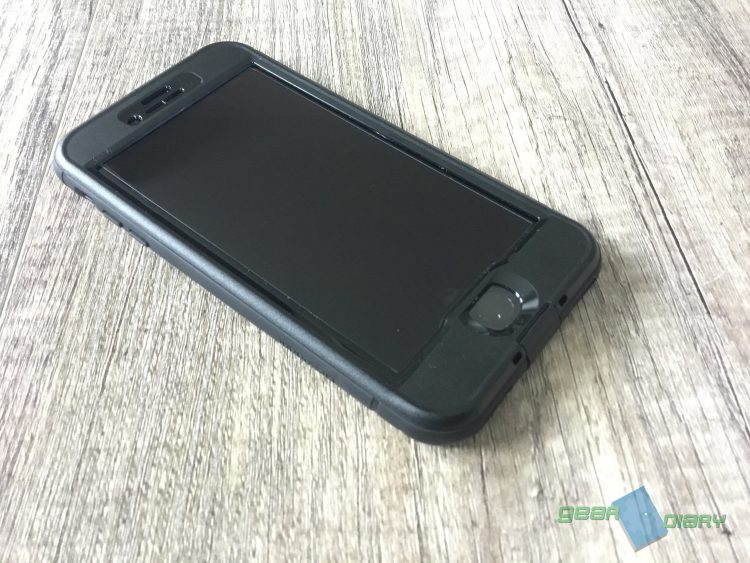 Coming complete with the Nuud case, the Alpha Glass Screen Protector, a microfiber cloth, water test unit and instruction manual, the LifeProof Nuud for the iPhone 7 Plus is a glass screen protector lover’s dream — and a guy like me who can only tread water’s delight while sitting poolside.

For more information on the LifeProof Nuud + Alpha Glass for the iPhone 7 Plus, head directly over to LifeProof today.

What I Like: Slim profile, upgraded mute switcher, and glass screen protector feels nice when typing

What Needs Improvement: Charging cut out is a bit small and only submerge up to 6.6 ft.